The terror of successful women 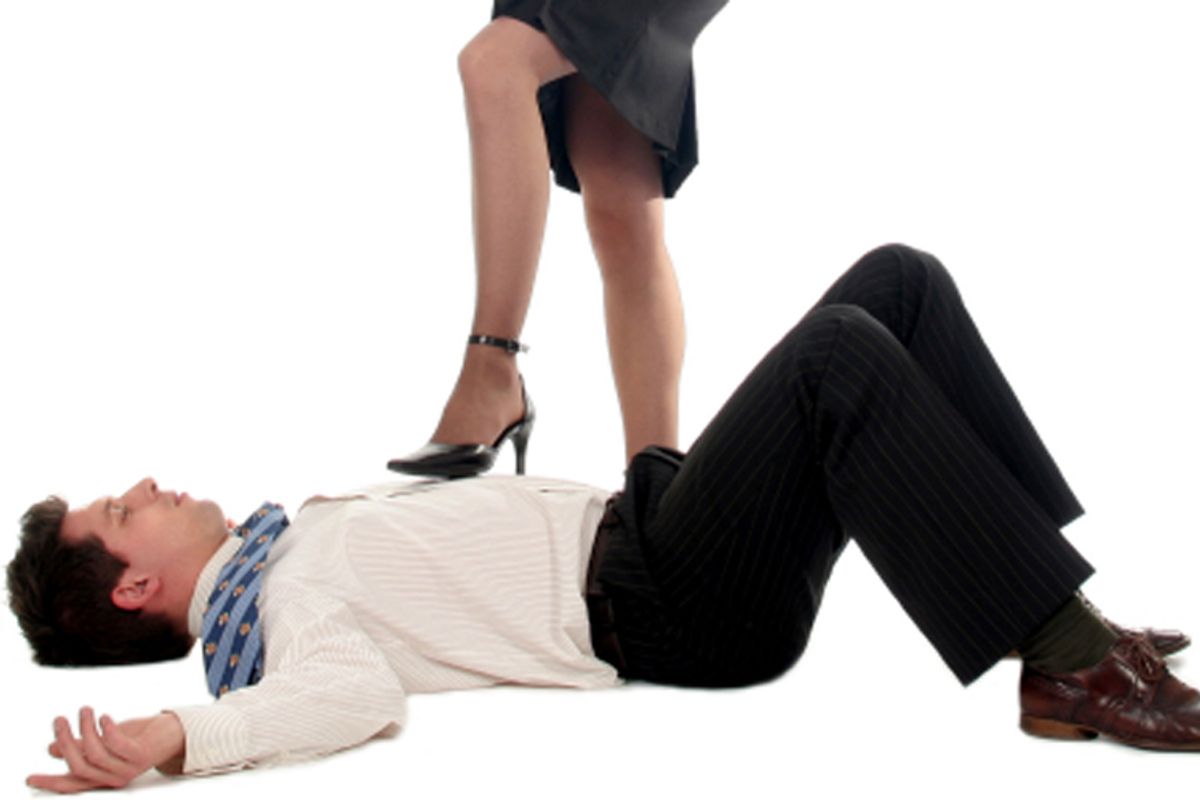 It is time, once again, to fret over the flaccid state of modern manhood. Today, a New York Times piece considers whether "female empowerment" is "killing romance" and, naturally, answers in the affirmative. You know this narrative well: Women have excelled in academia and the professional sphere, leaving men in their dust. But, while all these high-achieving women thought they were earning their own freedom, they have actually been building their own prisons -- because "men don't want successful women."

Well, is it true? Granted, it's hard to take the piece by Katrin Bennhold seriously, seeing as it begins with a nod to a scene in a long-dead TV show ("Sex and the City," maybe you've heard of it?), follows up with a Bridget Jones reference and actually asks outright whether "ambitious women [are] condemned to singledom." Still, it also relies on the widely accepted wisdom that women are attracted to power and success, while men are attracted to youth and beauty. In so many ways, the piece's hypothesis seems an easy sell. However, when I asked men to weigh in on the article, which is notably lacking male voices, the response was decidedly skeptical.

Simon, a 26-year-old Ph.D. student, wrote me in an e-mail, "I'm sure successful women pose a threat to some guys' egos, but that's just to say that some guys are dicks," he says, hilariously. "Is this a more general issue, though? Are more guys dicks than we might have thought?" He doesn't rule out the possibility, but notes that "it seems like a strange point of view if what you're actually interested in is romantic partnership."

Snowden Wright, a 29-year-old writer, tells me that the Times article made him think of his ex-girlfriend, an aspiring writer he met in an MFA program. She landed a book deal straight out of school; he didn't. Was he jealous? Of course, but he also had a stronger appreciation for her achievement because they worked in the same field, he said. "I knew how much work a book takes because I was putting in that work myself. If anything, our relationship got even better, post-success."

Ben Buchwalter, a 24-year-old who works at a law firm, told me in an e-mail, "I can't think of any of my male friends who would openly say they want to date someone who is not ambitious," he said. "Like many antiquated social mores, I think the male need to lord economic or occupational power over their mates is already fading." He also points out that power and success are intimidating, period, regardless of whether you're talking about a man or a woman.

Indeed, David Barranco, a lawyer in his mid-30s, wrote in an e-mail that he knows "single men who are quite hesitant to approach women who seem extremely rich, charming, successful, skinny, brilliant and beautiful," because they assume these women are "out of their league" and won't be interested. But Barranco says he hasn't seen a trace of the trend identified in the Times: "All kinds of unique and unusual folks inhabit this world, but I don't recall meeting an adult man who was threatened by, or in any way resented, his female partner's success," he said.

That said, the reality of high-powered jobs can easily hurt a relationship -- but that's irrespective of a person's sex. "Having a really kickass career can turn an erstwhile decent person into an arrogant, egocentric freakazoid," said Barranco. "These self-absorbed pukes are obnoxious regardless of gender." Not to mention, trend pieces like the Times article so often rely on the account of the group of people -- most often women -- who are loveless-and-looking. Needless to say, we aren't always accurate in our own evaluations of why others aren't interested in us. A woman might pin the failure of her relationship on her lover's jealousy or intimidation, while it might really be that she's too work-obsessed or tightly wound -- or maybe, to steal the words of one interviewee, she's just a dick.

Surely successful women scare off lots of men, but what of it? I've had a man suddenly lose interest after finding out that I write about sex because, I heard through the grapevine, he found it "intimidating." You could look at my job choice as an obstacle to romance or you could look at it as a litmus test that quickly eliminates a large segment of the population that I wouldn't be compatible with anyway. The same could be said for high-earning women: Certainly many men will be insurmountably intimidated by women who pull in more dough, but that hardly seems a loss worth mourning. Might it reveal a more fundamental incompatibility in terms of interests, drive, lifestyle or basic ideas about sex and power?

Of course, men are conditioned to bring home the bacon, and it's tough to escape that sort of rigid social expectation. As a psychoanalyst quoted in Bennhold's piece says, men who earn less than their female partner "go against millennia of beliefs and stereotypes that see them as the breadwinner." If the guys I spoke with are any indication, though, plenty of young men are up to the task -- and that is quite a different story from the Times' cautionary tale.