Tax cuts: The party that says no does it again

With the ink barely dry on bipartisanship pledges, GOP senators go on strike, in defense of the wealthy 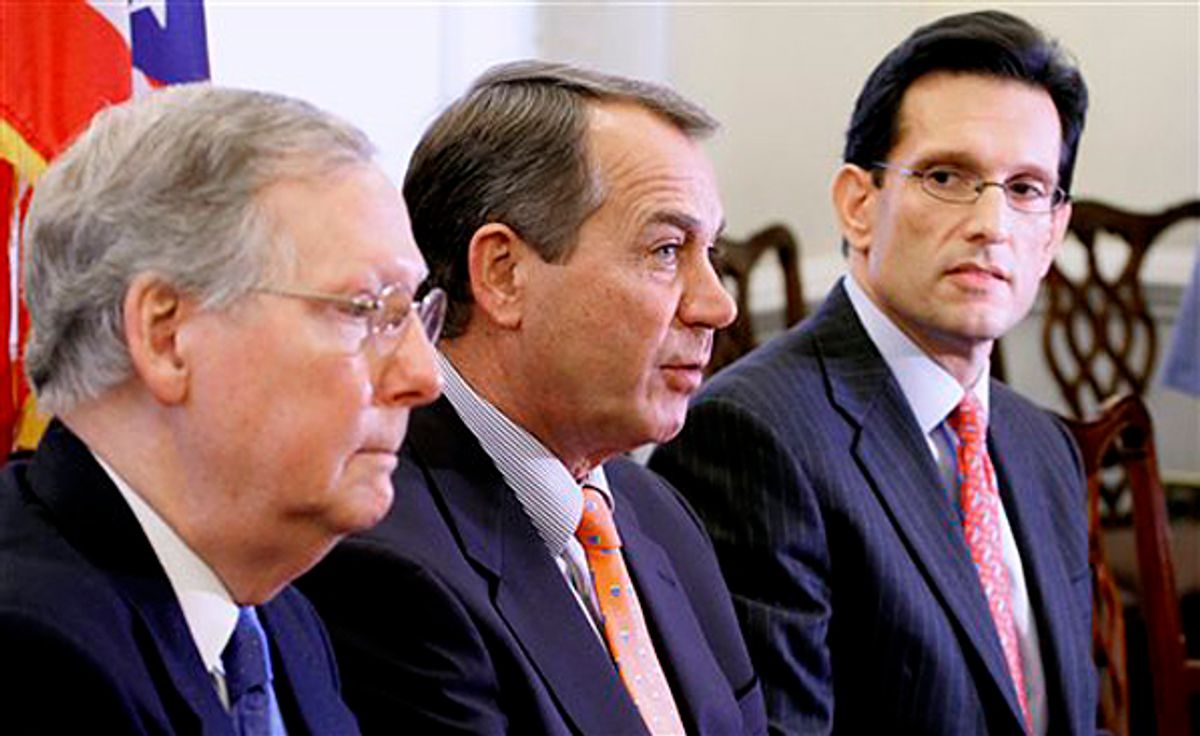 On Tuesday, President Obama said a bunch of high-minded things about a new era of bipartisan cooperation between Republicans and Democrats. On Wednesday, all 42 Republican senators signed a letter declaring that they would block Congress from any action at all until tax cuts for the wealthy have been safely extended. (Thanks to Steven Benen for the tip.)

...We write to inform you that we will not agree to invoke cloture on the motion to proceed to any legislative item until the Senate has acted to fund the government and we have prevented the tax increase that is currently awaiting all American taxpayers. With little time left in this Congressional session, legislative scheduling should be focused on these critical priorities. While there are other items that might ultimately be worthy of the Senate's attention, we cannot agree to prioritize any matters above the critical issues of funding the government and preventing a job-killing tax hike.

Consider this the Republican response to the reports that Senate Democrats plan to hold a stand-alone vote on extending only the middle-class tax cuts. Dems want to embarrass the GOP, by forcing Republicans to block such an extension while holding out for a vote on extending all the cuts. But it seems obvious, now, that the strategy won't work. Republicans are saying, in effect: Go ahead! Indeed, they won't let any other Senate business be accomplished until this showdown is over. Which suggests to me that they feel pretty secure in getting what they want out of this game of chicken.

The White House, however, has been handed an excellent opportunity to underline how meaningless any Republican protestations of fealty to bipartisan cooperation are. The party that says no just said it again, in ALL CAPS.