The ailing company's latest ad tries to shock with one of the few remaining sexual taboos: Hair down there 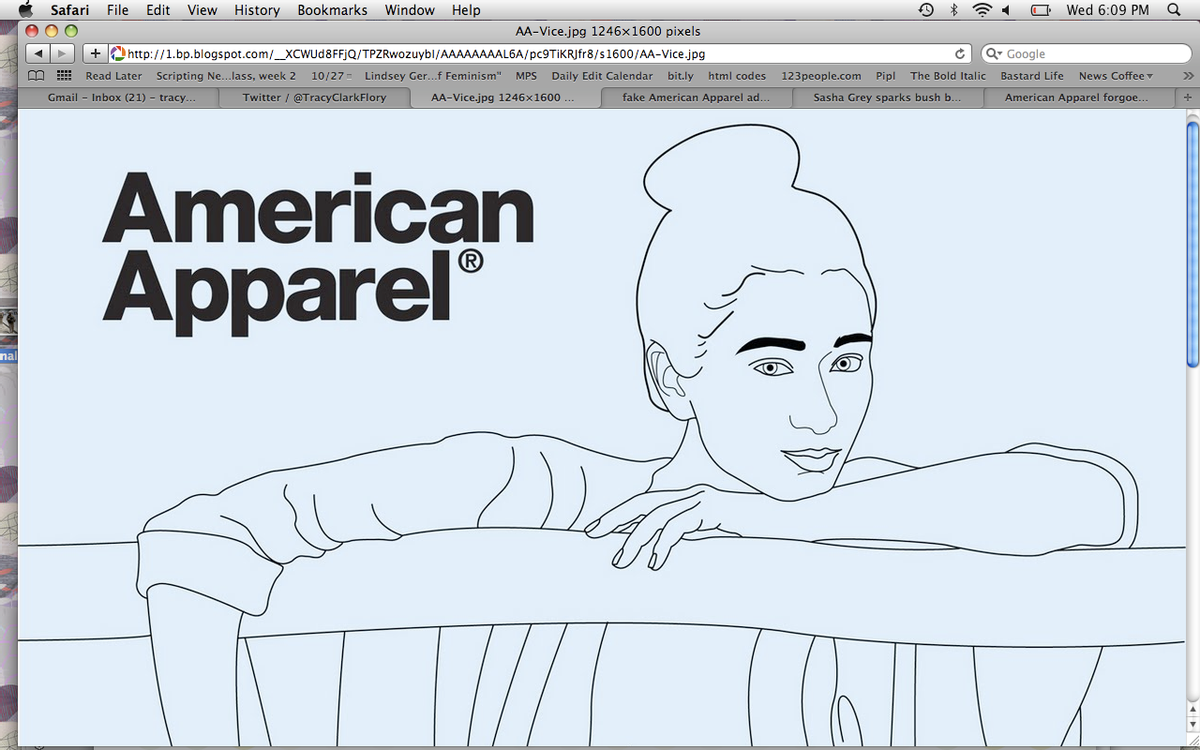 Two things are apparent from American Apparel's new print ad: 1) It features a line drawing of a lady instead of an actual model, and 2) She has pubic hair. (See the full NSFW ad here.) The first fact makes sense: The clothing company is in dire financial straits, so maybe transitioning to illustrations is a cost-cutting measure (or it's meta commentary on the underground artist who creates fake line-drawn AA ads). But what about the big black bush?