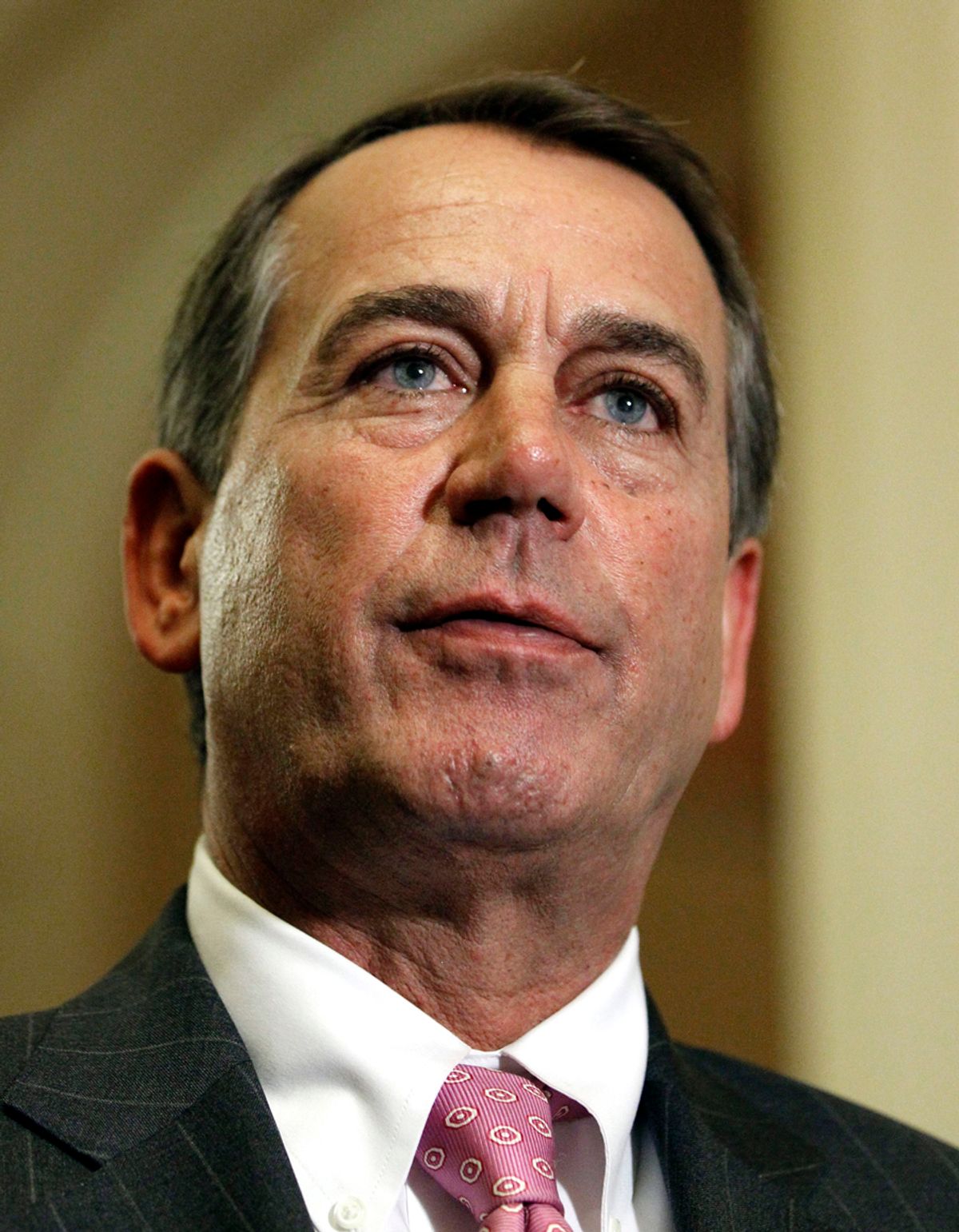 Did you hear? The method by which House Democrats voted in favor of extending low tax rates for all households but not extending an even lower top marginal rate on particularly high-earning households was declared to be "chicken crap" by the next speaker of the House of Representatives. Not that Boehner is against "middle-class tax cuts," or what-have-you. He is outraged at the maneuvering. Because I guess this is his first day in this "House of Representatives" place.

And his "chicken crap" quote made its way to cable news, and Drudge, and Twitter, because it is amusing to hear a grown man pretend he swears like a character in an edited-for-broadcast-on-basic-cable cop movie, but also because other people apparently agree that it was "chicken crap" to hold this vote in this fashion.

I am no longer surprised by the strategic ineptitude of the White House. The fact that, in order to avoid procedural chicanery by the Republicans, House Democrats had to engage in procedural chicanery in order to hold a purely symbolic vote is similarly unsurprising. But the sight of a professional observer of politics finding the inner strength necessary to whip up any sort of high dudgeon about this procedural chicanery is, I admit, puzzling. And yet here's National Review's Daniel Foster -- no moron -- sounding positively disgusted to see mildly tricky parliamentary maneuvering.

Dear Corner readers, I know you thought your days of worrying about "deem-and-pass" rules, "ping-ponging," and other congressional arcana were over when the president signed the Affordable Care Act. But it looks like House Democrats had one bit of wild procedural abuse left in them for the lame duck.

Oh, "deem-and-pass"! That sounded so scary once! "Ping-ponging"! That sounded much less scary but it was also a terrible abuse of power that never happened!

And god bless ABC's Ann Compton, who asked the president what he thought about this stupid thing John Boehner said about some arcane parliamentary trick House Democrats pulled. President Obama did not reveal his thoughts on "chicken crap."