An expert explains the controversial new ruling, and why the debate won't end any time soon 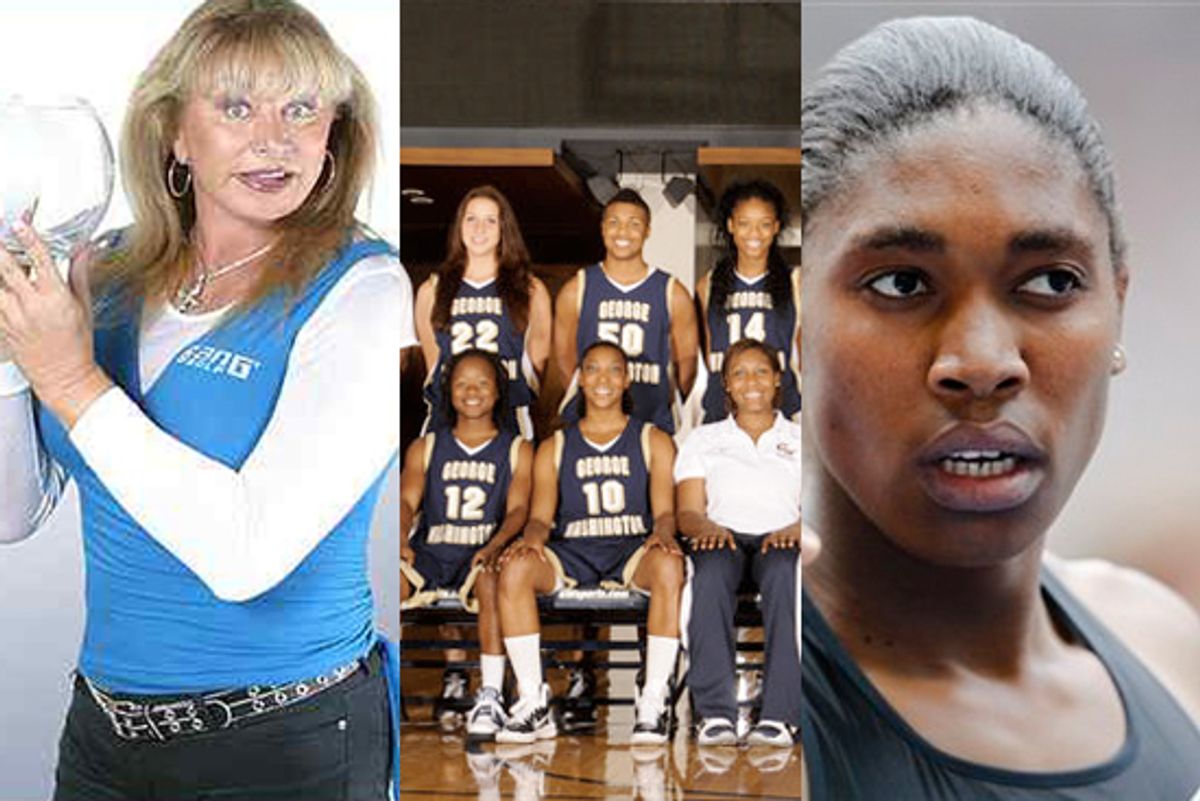 It's been quite a year for transgender athletes. There came news today that the LPGA has voted to do away with its "female at birth" requirement for competition. The verdict follows a suit in October by male-to-female trans golfer Lana Lawless. Last month, a transgender female-to-male athlete premiered on George Washington University's women's basketball team, putting the NAACP's cloudy policy on trans athletes to the test. And, of course, debate continued this year over South African runner Caster Semenya's sex, despite her being cleared for competition after intense international scrutiny.

Even as verdicts are reached in these individual cases, it remains clear that we yet to come to arrive at a comprehensive conclusion. I called Kate Bornstein, a trans woman and author of "Gender Outlaw: On Men, Women, and the Rest of Us," to chat about the ruling and why issues surrounding transgender athletes are not going away any time soon.

Were you surprised by the LPGA ruling? What do you make of it?

I think it's lovely. The funny thing is it's the Ladies Professional Golf Association, right? And "ladies" has nothing to do with gender. I know a lot of women who are not "ladies" and I know a lot of men who are. Ladies, of course, would welcome transgender folk, that's what ladies do.

Do you think male to female trans athletes have a competitive advantage in women's sports?

The answer is yes and no. I know when I went on to hormones, my muscle to fat ratio seesawed. That just happens with the hormones. The advantage I had was a longer forearm, but that isn't always an [athletic] advantage. I have larger hands, but I know women with larger hands than I have.

Gender is such a hot topic in sports in particular. Why is that?

Historically and culturally, sports have been the arena where people can demonstrate their manhood, their masculinity. You know, no sissies, no girlie boys allowed in sports. Title IX came out and said that's bull crap and all of a sudden sports became more open, but then it also became more segregated.

Renee Richards, a male-to-female tennis player who successfully campaigned in the late '70s to compete in the U.S. Open, has more recently argued that athletes like herself should not be allowed to compete against women. What do you make of that?

As with any gendered world, the transgender world is not monolithic. All men are not the same and do not have the same opinions. So, of course, there's gonna be trans people who will argue lots of different ways.

Cases keep popping up where there is uncertainty over how to appropriately accommodate athletes who challenge traditional notions of gender. Is there a solution?

So we just have to continue to go case by case?

That's exactly it. As I posted on Twitter, "The journey of 1,000 miles starts from the first tee." This is a big deal for trans women in sports. This is a first step, and it's gonna be step by step, until someone with enough vision can put together a better solution.