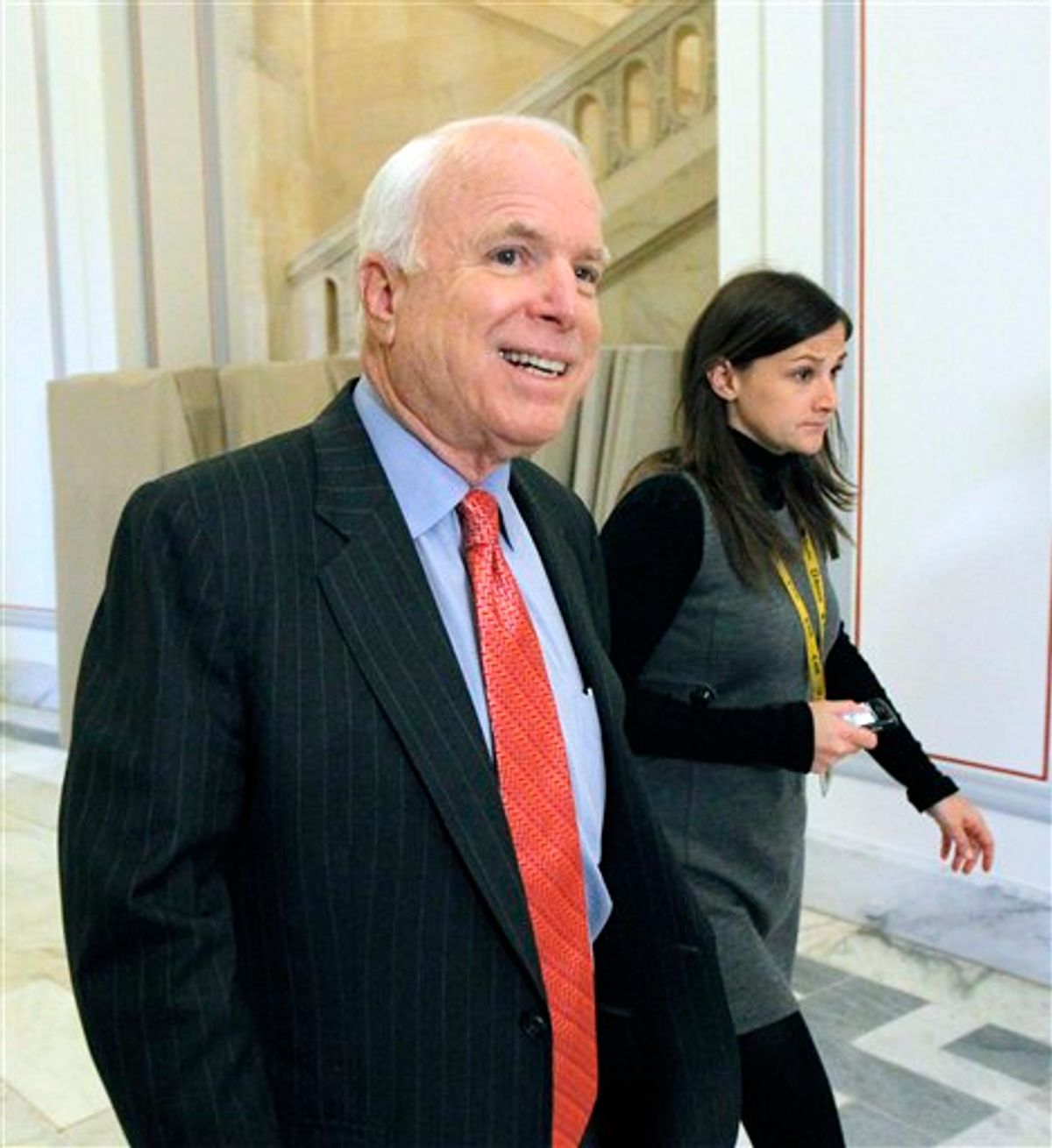 Arizona Republican Sen. John McCain says a new Pentagon study on gays serving openly in the military is flawed and shouldn't be used to leverage a reversal of the "don't ask, don't tell" policy.

McCain's statement, given Thursday at a Senate hearing, puts him at odds with Adm. Mike Mullen, the military's top uniformed officer. Mullen was expected to tell McCain and others on the Senate Armed Services Committee that "war does not stifle change" but rather "demands it."

McCain said he still has concerns about objections among some combat troops to repealing the policy. He also criticized the study for looking only at how the law could be repealed, instead of whether doing so would benefit the military.