She's newly 18, but a nude photo allegedly of the then-underage starlet has hit the Web 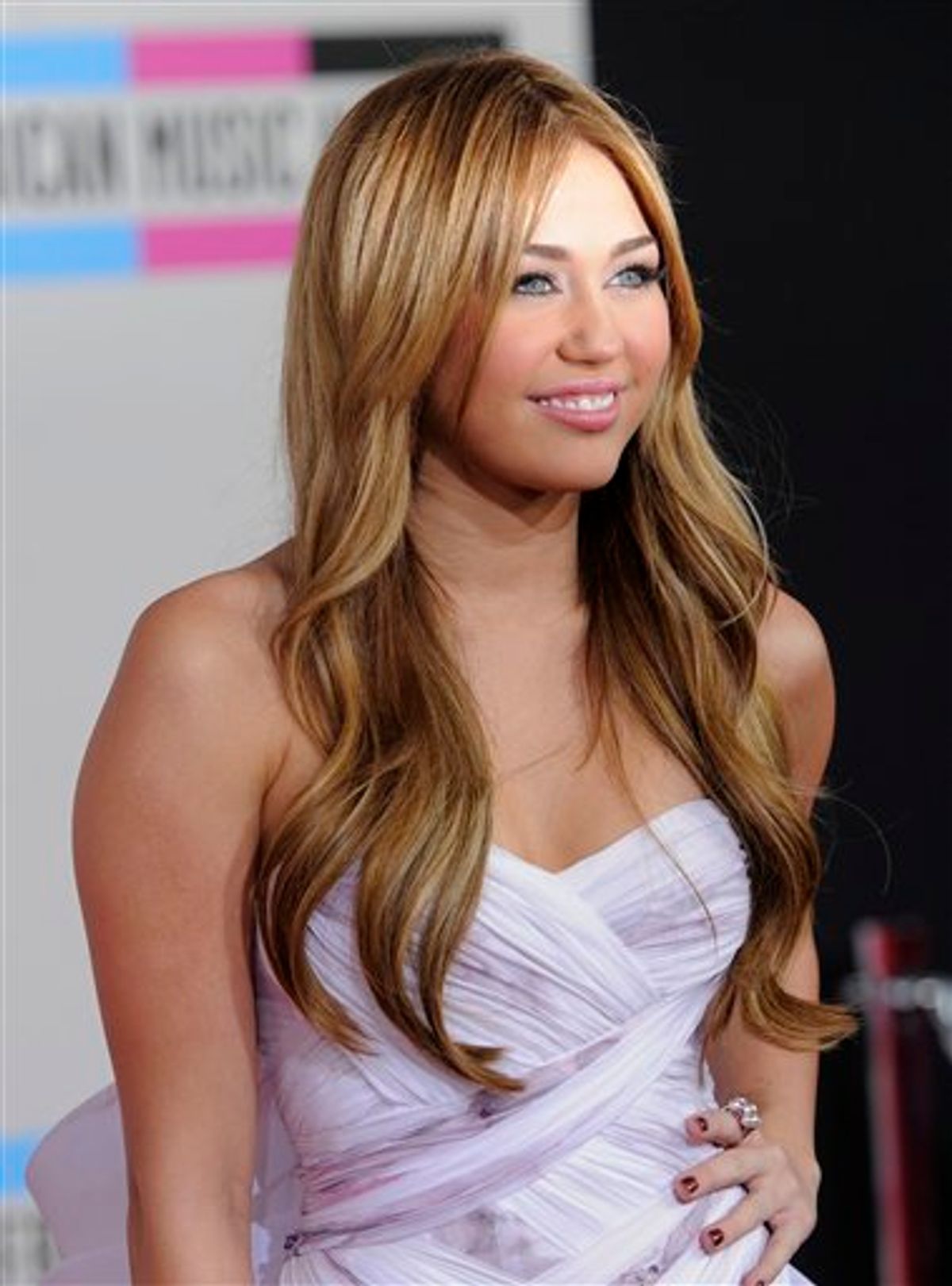 When Miley Cyrus turned 18 last month, I thought I had seen the end of her kiddie smut scandals. It seemed apparent that, having crossed that magical line into adulthood, the starlet had at least left behind the debates over child pornography laws. But today, 10 days into her first year as a legal adult, someone posted a naked photo on the Web and claimed it was a cellphone snapshot of the singer, most likely taken before she blew out those eighteen candles.

Just as with any naked celebrity photo, the main question is whether it's real. (Note: I won't be linking to the uncensored version.) The gossip blog that originally posted the shot claimed that Cyrus recently had her purse and iPhone stolen. The shot in question shows a young lady taking a photo of herself in the mirror while wearing an unbuttoned plaid flannel (interesting choice) and nothing else. Her face isn't visible, but there are certainly many similarities to Miley, as numerous Internet commenters have taken great pains to point out. (I mean, seriously, get these people some honorary detective badges. Then follow up with an award for perviness.) If it's real, it was almost certainly taken when she was underage.

And yet, people are re-posting the uncensored version far and wide. I guess they didn't learn anything from the controversy over the supposed upskirt shot Perez Hilton posted of the star. Then again, maybe they did -- after all, Hilton got off scot-free.