How much worse can the tax cut deal get?

GOP-style deal-making: Unemployment benefits must be paid for, but handouts to the rich are free 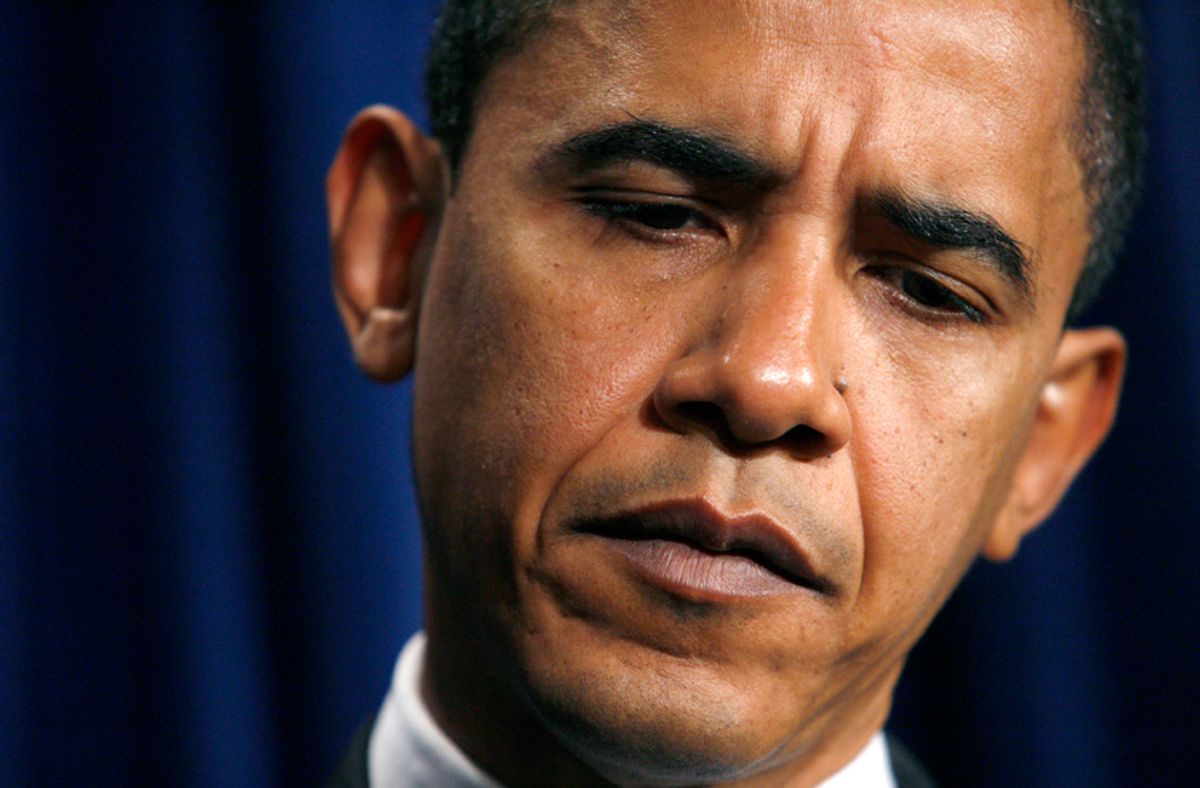 President Obama's negotiators, we are told, are seeking a one-year extension of unemployment benefits in return for keeping all the Bush tax cuts in place.

Put aside, for the moment, any ire you might feel bubbling over at the notion that extending benefits should be part of any kind of "deal" in the first place. As Friday's jobs report, with its distressing numbers on the plight of the long-term unemployed, underlined all too clearly, extending benefits is simply the right thing to do right now. Not only is it fundamentally humane, but it makes for excellent bang-for-the-buck stimulus spending. Unlike wealthy Americans who are likely to put their tax cuts in the bank, unemployed Americans tend to spend their benefit checks immediately. A political party that controls the White House and both branches of Congress shouldn't be "negotiating" over this kind of policy action -- it should just do it.

Yes, yes, I know, the Senate is broken, crippling any chances for real governance. But that's old news. The reason I am suggesting you sideline that bit of anger is because there is a far greater outrage worth sputtering over.

Senior Senate Republican aides said that an extension of all the income tax cuts was a foregone conclusion, but that a deal on jobless aid was possible if Democrats agreed to cover the cost. Democrats expressed indignation that Republicans were insisting on finding spending cuts to offset the unemployment benefits while being perfectly willing to add to the national debt the $700 billion cost of continuing the tax cuts on the highest incomes for the next decade.

Indignation?! Is that really the right word to choose to describe a reaction to this abomination? In an era of huge deficits, aid for the unemployed (many of whom are victims of a financial crash engineered by the wealthiest Americans) must be paid for with spending cuts, but tax cuts for the rich are sacrosanct.

What am I missing here? What better opportunity could there be for Democrats to make a stand? No deal! Here's how we're going to pay for unemployment benefits: by raising taxes on the highest-earning Americans! And if you don't like that, let's just raise everybody's taxes and let the American people decide who the real villain is here.

If Jared Bernstein, the liberal economic advisor currently ensconced in Vice President Joe Biden's staff, was still occupying his perch at the Economy Policy Institute, he would be excoriating this rank hypocrisy to the high heavens. But instead, he's e-mailing New York Times reporters trying to spin today's unemployment numbers as just a blip.

Fact is, we need much more robust job creation, which leads you directly to the president's agenda to make sure taxes stay low for middle-class families and small businesses. At the same time, one month does not a new trend make, and we'd be saying the same thing if we got an unexpectedly high payroll number.

As Brad DeLong observes, "That is not what the White House should be saying."