Attacks on WikiLeaks are part of an attack on free speech, aided by the companies that make up the Web's backbone 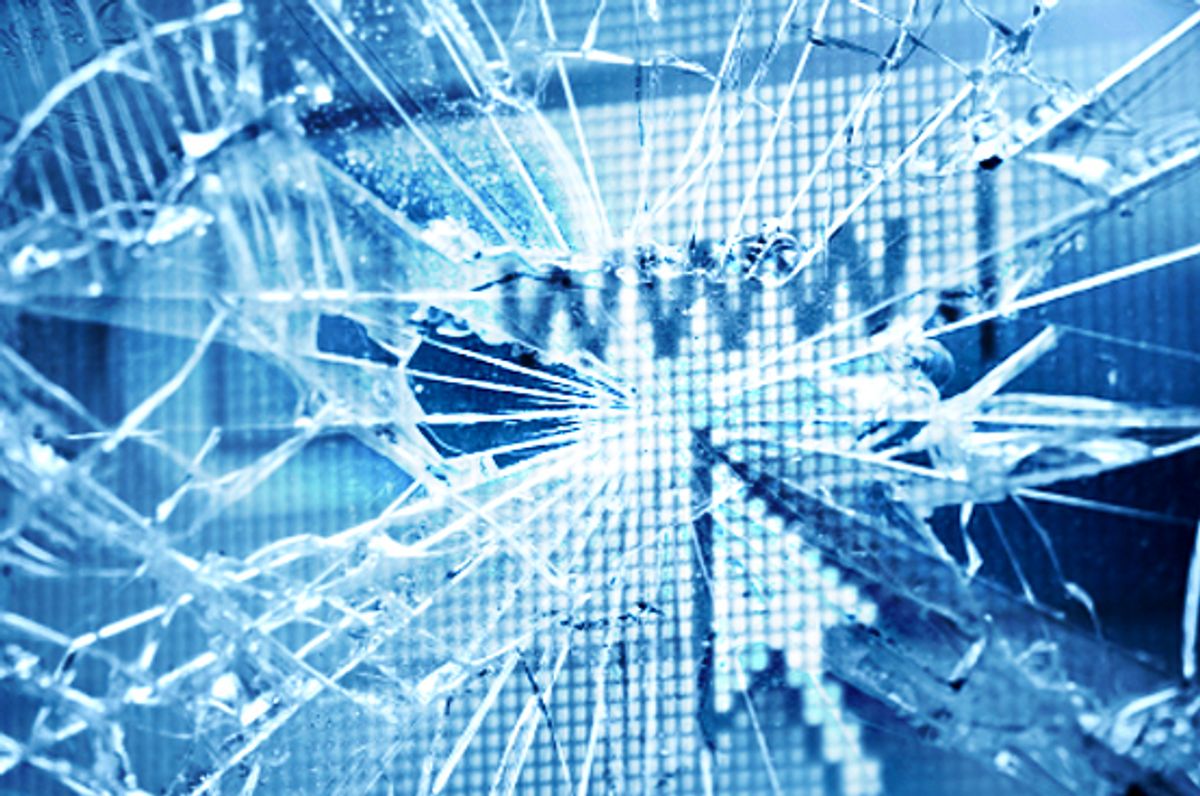 The WikiLeaks affair is highlighting the Internet's soft underbelly: the intermediaries on which we all rely to store our information and make it available. We are learning, to our dismay, that we cannot trust them. Combine that with increasing government intervention, we're also learning that the Internet is somewhat easier to censor than we'd assumed.

This should worry anyone who believes that we're going to move our data and online lives into the fabled "cloud" -- the diffused online array of hardware and services where, proponents say, we can do our online work, play and commerce without the need for storing data on our own personal computers. Trusting the cloud is becoming an act of faith, and it's time to question that faith.

And the situation should absolutely chill everyone who believes in free speech -- and especially the people who call themselves journalists. Sadly, however, too many of them have been cheering on people who want to make WikiLeaks disappear. Do they realize that it could be their own turn someday?

WikiLeaks has been under attack all week from governments that want to hide their misdeeds, not just legitimate secrets. That's unsurprising, to put it mildly, despite the hypocrisy of official Washington's loathing of Internet blocking in other countries while it works so hard to make it happen here.

The government and other anti-WikiLeaks forces don't have even the thinnest legal case for taking WikiLeaks off the Internet, however -- much less the news organizations, here and abroad, that are discussing the leaked diplomatic cables contained in the latest trove -- and they know it. So they're attacking the intermediaries, and they're getting results.

WikiLeaks had put some of its trove on Amazon.com's "Web services" servers -- a system designed in part to help third-party websites meet extraordinary demand. But as the Electronic Frontier Foundation notes, WikiLeaks

found itself kicked off of Amazon's servers earlier this week. WikiLeaks had apparently moved from a hosting platform in Sweden to the cloud hosting services available through Amazon in an attempt to ward off ongoing distributed denial of service attacks.

According to Amazon, WikiLeaks violated the site's terms of service, resulting in Amazon pulling the plug on hosting services. However, news sources have also reported that Amazon cut off WikiLeaks after being questioned by members of the staff of Senate Homeland Security Committee Chairman Joe Lieberman. While it's impossible to know whether or not Amazon's decision was directly caused by the call from the senator's office, we do know that Lieberman has proposed "anti-WikiLeaks legislation" and that he has a history of pushing for online censorship in the name of "security."

Amazon's statement isn't just full of doublespeak and nonsense. It's already been shown to be false in at least one respect: an untrue assertion that WiikLeaks was publishing willy-nilly the documents without vetting them to redact the names of people they might put in danger. In fact, as Glenn Greenwald has noted, news organizations have released far more of the documents than WiliLeaks has itself posted. But Amazon's terms of service do give it the right to remove just about anything it chooses, for almost any reason or, effectively, no reason at all.

That's Strike 1 to our faith in the Internet. We are all, to one degree or another, forced to rely on the good will of larger enterprises that host and serve the media we create online. So when a company as big as Amazon -- and it's huge in the Web services arena -- yanks down content this way, it is demonstrating that we cannot fully trust it with our content, either. And if Amazon, a powerful enterprise, can be bullied, which one can't?

Strike 2 came with the news that EveryDNS -- a company that helps Internet users find specific Web addresses via the Domain Name System. -- had booted WikiLeaks off its service. An analogy: Suppose your local library removed the card for a book you wanted from its catalog. The only way you could find the book would be to look through all the shelves. This is roughly what EveryDNS did.

Strike 3? Look at what the U.S. government has done in several recent cases involving alleged copyright infringement and other violations of intellectual property laws. Notably, the Department of Homeland Security seized 82 domain names based on allegations -- with no notice to the domain holders and no proof beyond persuading a judge to sign a take-down order. This was accomplished even without the help of a proposed law, making its way through Congress, that would give the government the right to take down sites based, again, on allegations.

Between what's already happened and the floodgates that would open with such a law, sensible people are terrified about the censorship power here.

You would imagine this would spur America's journalists to raise the roof. Free speech is in jeopardy, and the people who should be protecting it with the most tenacity are talking about Julian Assange's weirdness.

UPDATE: The Library of Congress has blocked access to the WikiLeaks site from its computers, saying in a statement quoted by Talking Points Memo:

The Library decided to block Wikileaks because applicable law obligates federal agencies to protect classified information. Unauthorized disclosures of classified documents do not alter the documents' classified status or automatically result in declassification of the documents.

This is even more absurd than Amazon's incoherent rationale. By this standard, the library should ban from its hallowed halls all kinds of investigative journalism that cited classified information, starting with gobs of material from the New York Times and Washington Post.

Such knee-jerk responses from people who should know better are beyond disappointing. Does the Librarian of Congress know about this? If he does, and if he supported the decision, he's disgraced his profession and institution.

(Note: I'm an Amazon sharedholder and a supporter of the EFF. To that end, I donated some Amazon shares this week to the EFF, which I'm convinced at this point has a greater appreciation of free speech than does Amazon.)