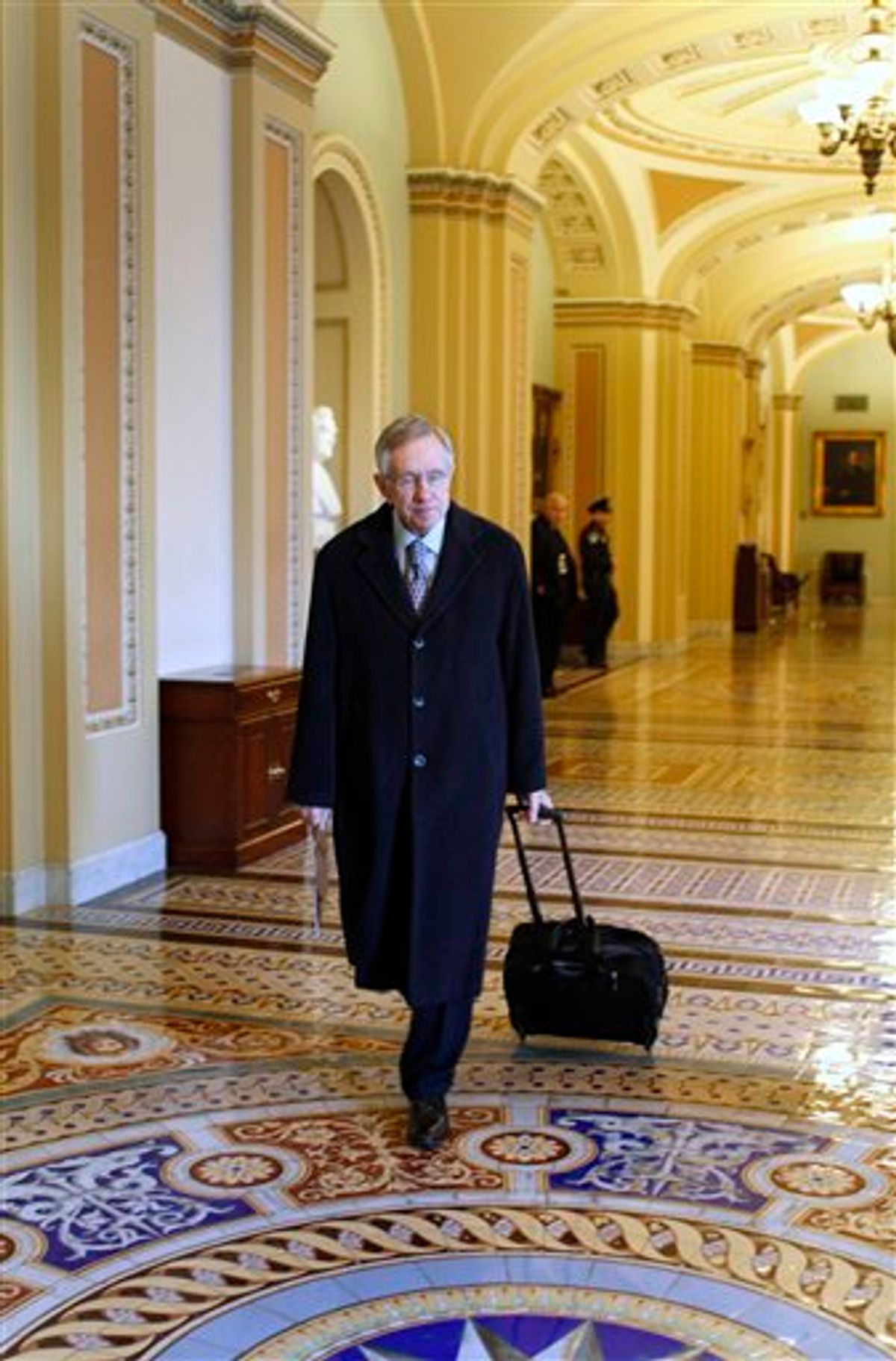 "Do we want to extend those tax breaks for millionaires and billionaires at a time of huge deficits. I would argue vociferously we shouldn't," said Sen. Chuck Schumer, D-N.Y., shortly before the votes.

Republicans countered that no taxes should be raised at a time the economy is recovering from a recession. "It is the most astounding theory I have ever seen, raise taxes to create jobs," said Sen. John Thune of South Dakota.

Both measures would have extended expiring cuts for the middle class.

Ironically, the votes were widely seen as a prelude to a possible agreement next week between the White House and congressional leaders on legislation that would avert tax increases at all income levels, as Republicans want.

Any agreement is also expected to extend jobless benefits for the long-term unemployed, a Democratic priority, and possibly renew tax breaks the White House wants for college students, companies that hire the unemployed and lower- and middle-class wage earners.

The Senate took the two votes on bills that would have permitted tax cuts to remain in effect at most incomes.

An alternative advanced by Schumer and others -- but opposed by the White House -- would have let rates rise on incomes over $1 million. The vote was 53-37, also seven short of the 60 needed.

Schumer supplied the political context. "I'm going to be here for the next year, next two years, to remind my colleagues that they were willing to increase the deficit $300 billion to give tax breaks to people who have income over a million dollars," he said in a reference to the 2012 elections.

If Republicans were worried about the political impact of the day's events, they did not show it. Several noted that President Barack Obama had urged congressional leaders of both parties in a recent meeting to work together to prevent taxes from going up for the middle class.

But Democrats wanted a series of test votes first.

"All those people out there in the tea party that are angry about the economics of Washington, they really need to look at this," Sen. Claire McCaskill., D-Mo., said Friday as Democrats took turns pummeling Republicans.

"They need to pull back the curtain and realize that you've got a Republican Party that's not worried about the people in the tea party," said McCaskill, who will be on the ballot next year. "They're worried about people that can't decide which home to go to over the Christmas holidays."

Republicans dismissed the attacks as the last gasp of a Democratic Party that lost its majority in the House in midterm elections, surrendered several seats in the Senate and will be forced to share power beginning in January.

"All of this finger-pointing is doing nothing to create jobs," said Senate Republican leader Mitch McConnell of Kentucky. "It's a total waste of time."

Noting that unemployment had risen to 9.8 percent, he added: "Democrats are responding with a vote to slam job creators with a massive tax increase. Millions of out-of-work Americans don't want show-votes or finger-pointing contests. They want jobs."

In the weekly White House radio and Internet address, Vice President Joe Biden, skipped lightly over Obama's willingness to negotiate with the GOP on the Bush-era tax breaks.

"We've got to extend the tax cuts for the middle class that are set to expire at the end of the month," he said. "If we don't, millions of middle-class families will see a big bite out of their paychecks starting January 1. And that's the last thing we should let happen."

"And the second thing we've got to do is extend unemployment insurance for Americans who have lost their jobs in a tough economy," Biden said.

Delivering the Republican address, Sen. Mark Kirk of Illinois, who was sworn into office this week, said voters in the midterm elections demonstrated their distaste for any tax increases.

"The current leaders of Congress should not move forward with plans that were just rejected by the American people," he said. "These leaders should not raise taxes and risk another recession. Instead, Congress should reduce spending and prevent another tax hike on American taxpayers."