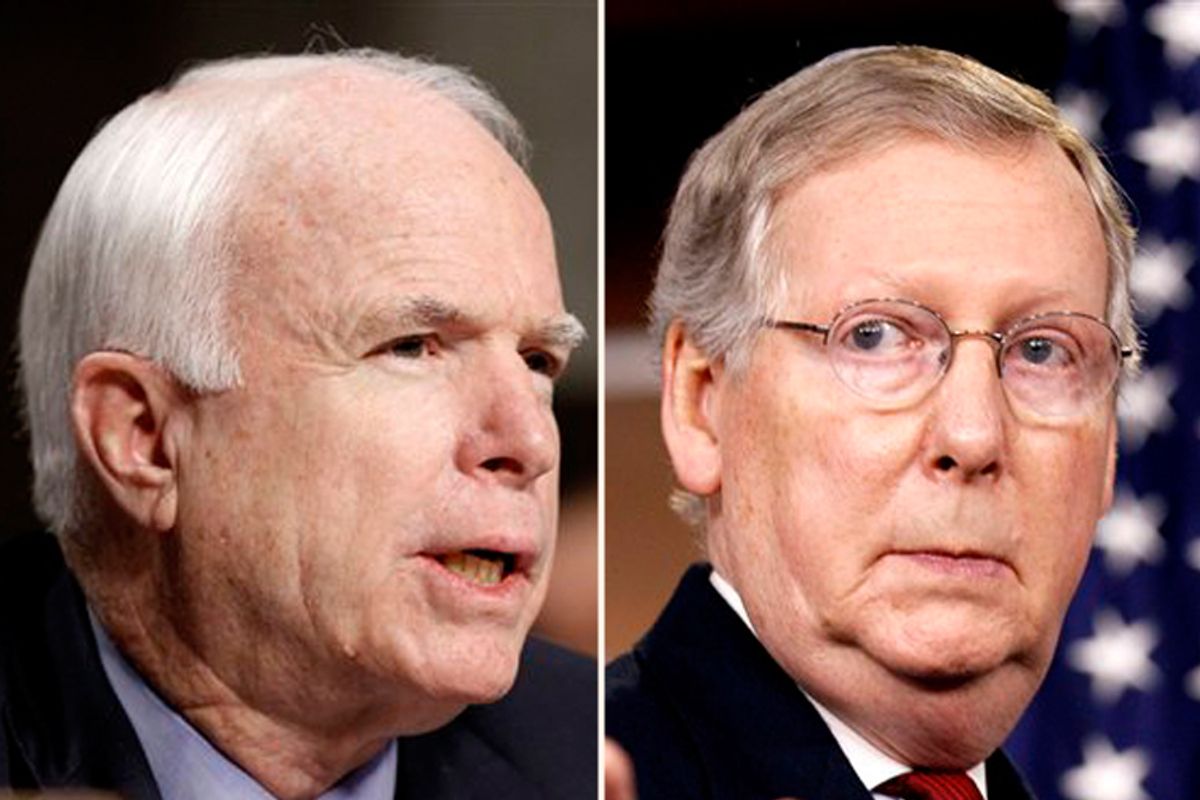 Democrats are frantically finalizing the details of their capitulation on the "temporary" extension of low tax rates for the super-wealthy, in part so that they can just move on from the depressing tax issue and maybe get some votes on other stuff taken care of before Rand Paul shows up next month with his snake flag and his MESSAGE FROM THE TEA PARTIES. One of the things Democrats would like to vote on is the Defense Authorization bill, which includes the repeal of "don't ask, don't tell." It is looking less and less likely that they'll get it done. Unless Joe Liberman, of all people, saves the day.

As I explained last week, all signs point to Republicans successfully running out the clock on this legislative session without any action on anything besides tax cuts. Robert Gates must be a War Room reader, because he predicted doom for "don't ask, don't tell" repeal on an aircraft carrier, today.

“I’d have to say I’m not particularly optimistic that they’re going to get this done, I would hope that they would,” he said during a town hall style meeting with sailors in one of the ship’s massive hangars.

The brilliant thing about the run-out-the-clock strategy is that you don't even have to bother to come up with a reason to oppose changing a deeply unpopular policy! So while John McCain gets a lot of justified heat for his craven reversals, everyone else can quietly have no position whatsoever beyond "we have other things to take care of first" or "let's not rush anything."

Obviously the idea that the Senate "needs" two weeks to debate the authorization bill and "don't ask, don't tell" is nonsense, as Brian Beutler explains here. Defense authorizations bills usually require a couple days debate at most, and this one's been around since September, so hopefully everyone has read it.

Joe Lieberman, using his powers of unbelievable self-satisfaction for good on this particular issue, wants to keep the Senate in session through Christmas in order to get this taken care of, and he is enough of a pain in the ass to maybe make that happen. That's the best chance we have at seeing "don't ask, don't tell" end legislatively any time soon, but the process will still involve days of debate and dozens of "controversial" amendments (no public funds for Islamofascist abortion pills etc. etc.) and could still come down to whether or not Susan Collins falls in line with her party or actually votes her supposed "conscience," and we all know how that joke turns out.