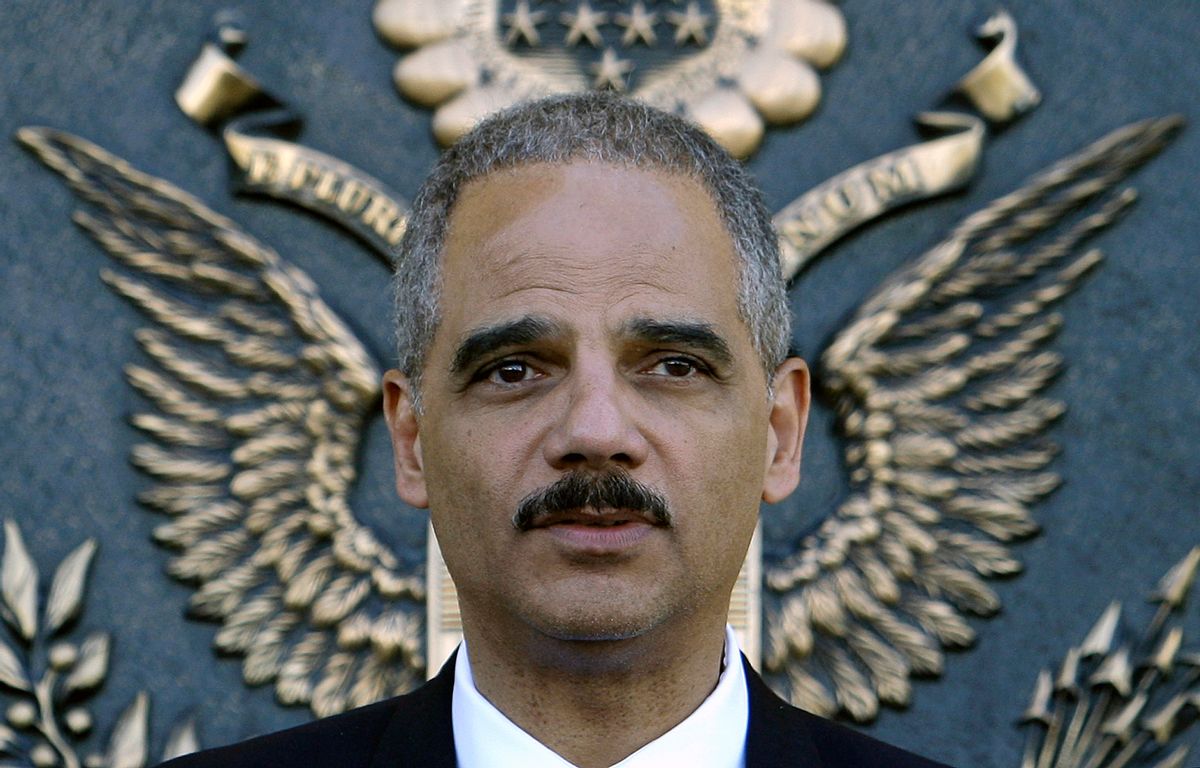 U.S. Attorney General Eric Holder speaks to the media in Kabul June 30, 2010. The United States sent its most senior law enforcement official to Afghanistan on Wednesday to help rein in graft in one of the world's most corrupt nations and at a sensitive time for Washington's policies in Kabul. REUTERS/ Omar Sobhani (AFGHANISTAN - Tags: CRIME LAW POLITICS) (Reuters)
--

Attorney General Eric Holder told reporters today that he is personally involved in the ongoing criminal probe of WikiLeaks and that he authorized "a number of things to be done so that we can get to the bottom of this and hold people accountable." But Holder offered little in the way of specifics about the American legal strategy in going after WikiLeaks founder Julian Assange.

As legal experts told Salon and other outlets, prosecuting Assange under the Espionage Act of 1917, the primary law that has been cited as applying to this case -- may well be practically and legally impossible. It could also set a precedent that would be used in the future to go after other publishers of controversial information.

Holder today said the Espionage Act is not the only statute being looked at:

"That is not the only tool we have to use in the investigation of this matter," he said. "People would be misimpressioned if they think the only thing we are looking at is the Espionage Act."

But he offered no details about any potential alternatives. And even if there is a viable alternative, the first issue in any prosecution of Assange would be extradition to the U.S.

Holder also claimed that "We are looking at all the things we can do to try to stem the flow of this information." If that includes the directive to government employees not to read WikiLeaks documents at work, the feds' efforts so far have been almost comically impotent.