A new poll shows that when it comes to reproductive rights, sanity prevails (well, mostly) 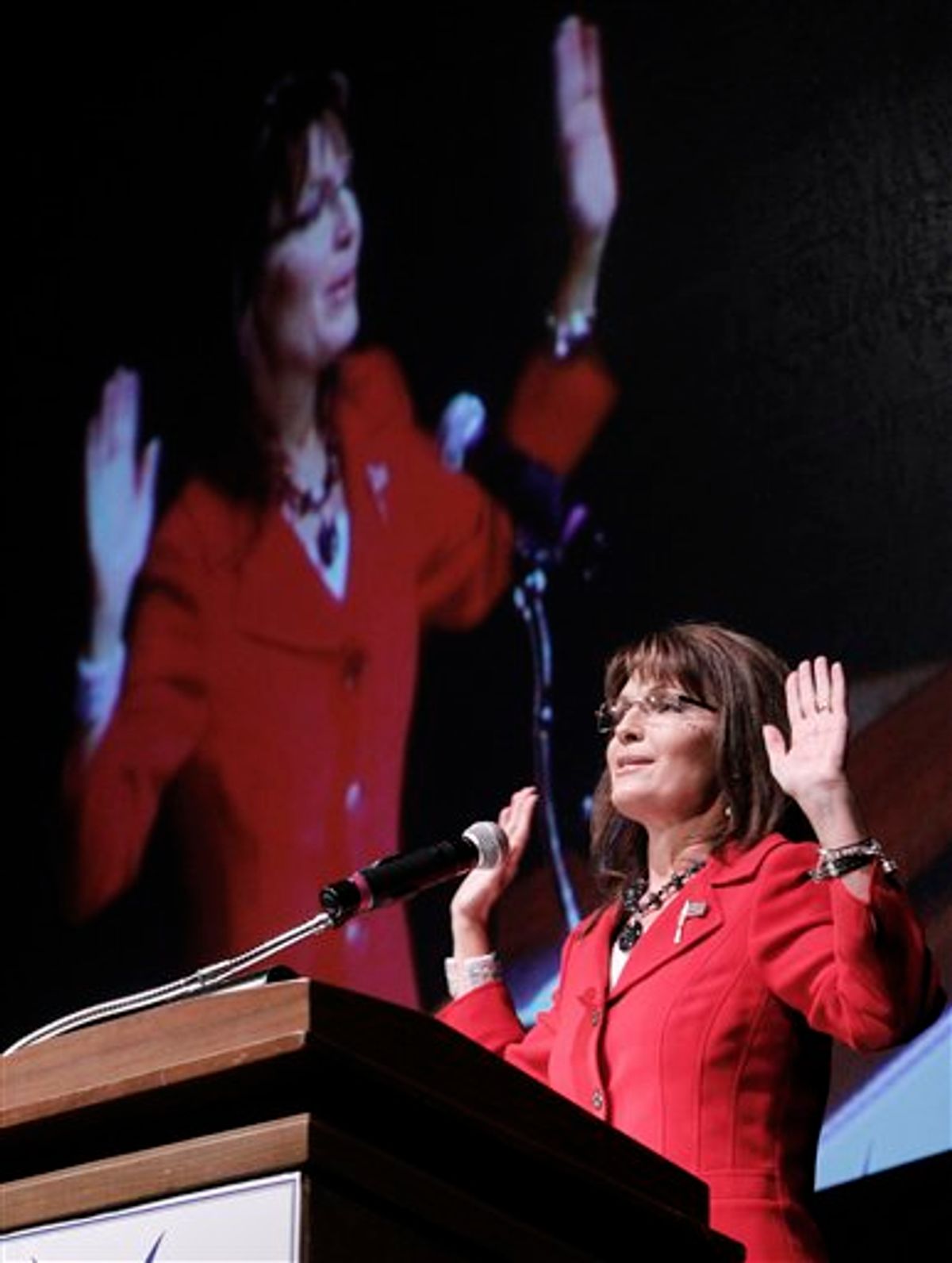 Every once in a while, I am pleasantly reminded that Americans are smarter than they seem. This morning brought one such bright moment via a survey finding that women don't trust Sarah Palin when it comes to women's health issues. The poll asked female voters whom they trust more to represent their views on abortion, birth control and sex education: Palin or Planned Parenthood. Her tea partying, "Dancing With the Stars"-watching "mama grizzlies" couldn't save her on this one: The result was 22 percent and 58 percent, respectively. More generally, the survey, which was conducted for Planned Parenthood by a political polling firm, found that 43 percent of male and female voters polled said Palin was "out of step" with their views on reproductive rights.

"The message of the poll is that unlike the new leadership in the House, the vast majority of American voters clearly support taking proactive steps to prevent unintended and teen pregnancy, such as providing real sex education to young people and making birth control affordable and available," Planned Parenthood president Cecile Richards told Politico. "The incoming leadership of the House should take heed that Americans clearly don't want their elected officials imposing new ideological restrictions on women's health and rights." Of course, it's a rare poll on the subject of women's health issues that doesn't also bring some depressing news. Fifty-six percent of voters have no freaking clue where our passionately antiabortion speaker-to-be John Boehner stands on reproductive rights. For serious.