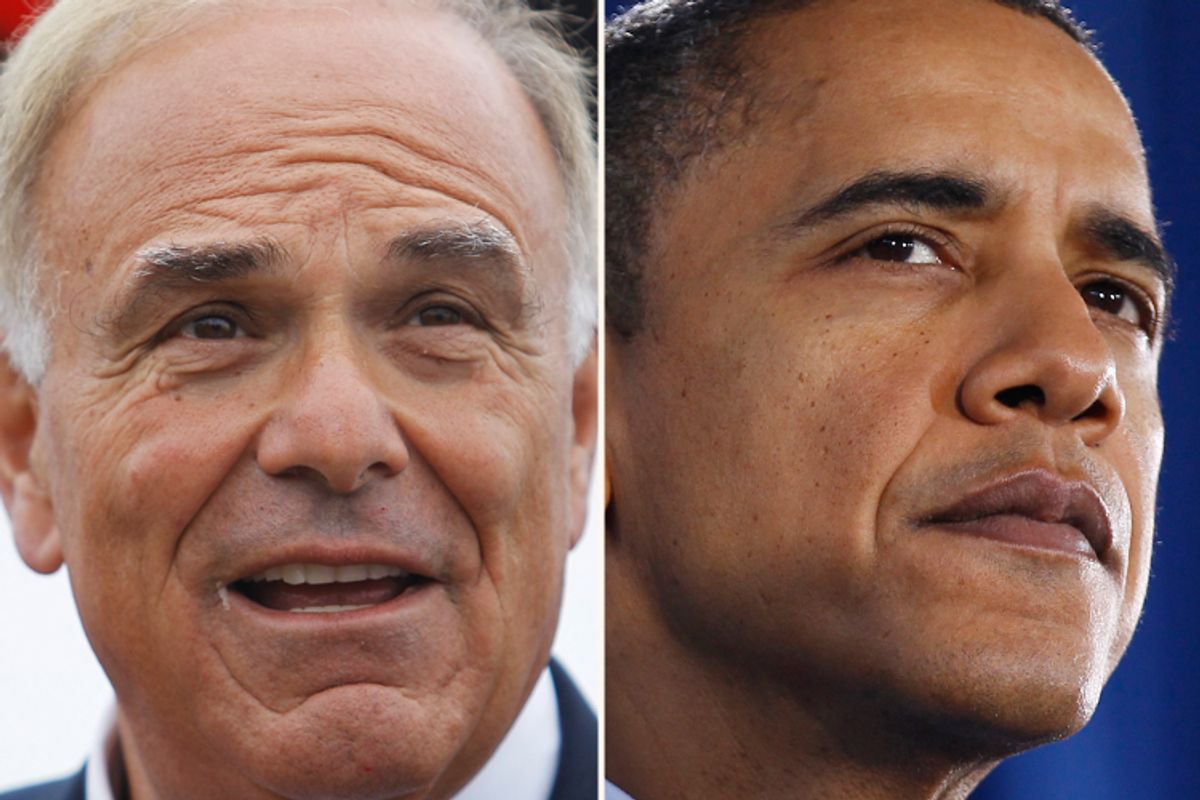 With talk bubbling up this week of a progressive primary challenge against President Obama in 2012, one prominent Democrat is having none of it: Outgoing Pennsylvania Gov. Ed Rendell told Salon in an interview this afternoon that he does not think "there's any chance of a serious contender mounting an effort against the president."

Rendell offered two reasons for his belief: First, any primary challenge would be "too hard to do -- it costs too much money."

And, second, Rendell believes that Obama has checked off enough boxes on the progressive scorecard to keep any challenge from the left at bay.

"Has he achieved everything that he wanted to achieve -- or that [the progressive base] would have wanted him to achieve? No. But given the state of the filibuster rule in the Senate, I think he's done well in moving the ball forward in a lot of areas, areas he doesn't get credit for," Rendell said, rattling off a list of Obama's accomplishments: not only the healthcare bill, but also the Lilly Ledbetter Fair Pay Act, credit card reform, student loan reform, and the extension of insurance to low-income children in the S-CHIP program.

Rendell also said that one of his major concerns about the Obama administration -- the continuation and escalation of the Afghan war -- will not become a serious liability for the president because of strong Republican support for his policy. (We'll have a longer post later outlining Rendell's thoughts on Afghanistan.)

So what about Rendell's own plans for the future, after he leaves the governor's office in January?

He said he will be writing a book that will be two-thirds memoir and one-third political lessons about the direction in which the country should head. Rendell also said his people are talking to each of the three major cable networks -- Fox, CNN and MSNBC -- about signing on as a contributor. And he will continue in a leadership role at Building America's Future, a pro-infrastructure group he co-founded with Arnold Schwarzenegger and Mike Bloomberg.