No hike for the wealthy is traded for 13 months of jobless benefits, and a few other goodies 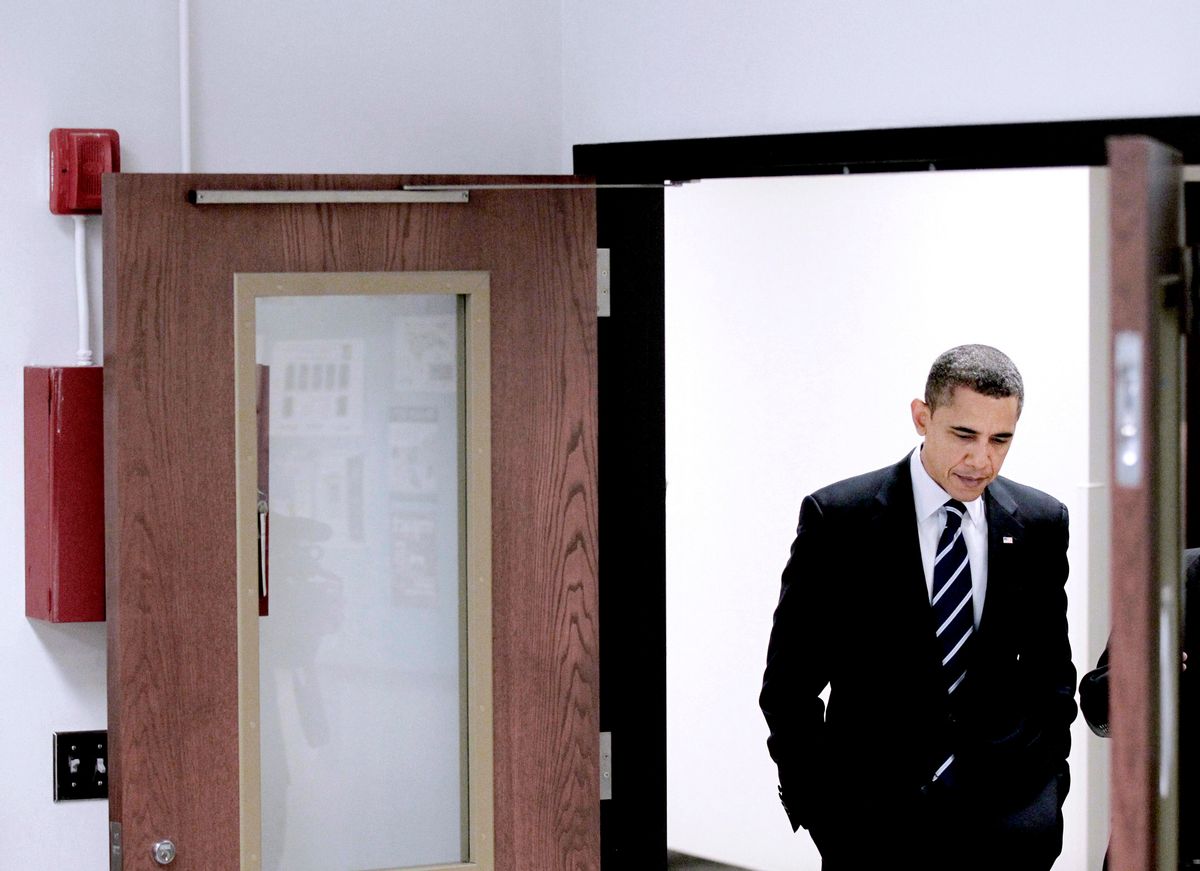 The Daily Caller is reporting that Obama's negotiators have reached a deal on tax cuts with Republicans.

In exchange for extending tax cuts for everyone for two years, congressional Republicans have agreed to extend unemployment benefits for 13 months.

Other details include a temporary two percent reduction in payroll taxes to replace Obama's "Making Work Pay" tax credit from the 2009 stimulus bill, and a compromise on the estate tax, which will be set for two years at 35 percent, with a $5 million exemption amount.

According to the Daily Caller, the White House presented the details of the deal to congressional Democratic leaders on Monday afternoon. Earlier in the day, Bloomberg reported that the afternoon meeting was to "discuss negotiations."

There's a big difference between "discussing" negotiations and "presenting" a proposal, and it's hard to know just how much to credit the conservative-leaning Daily Caller as a source, but it seems pretty clear that momentum toward a deal is accelerating. And it might also be worth noting that there is some, albeit limited, good news for progressives here. As far as tax cuts go, reducing the payroll tax is generally applauded by left-leaning economists as relatively stimulative. A partial reinstatement of the estate tax is also an improvement on the status quo.

The $5 million, 35% estate tax is a crime. That’s LOWER than the lowest rate under the Bush estate tax, outside of 2010, when the estate tax disappeared. So Republicans get that restored at the lowest rate in history. Even in this weekend’s aborted tax bill in the Senate, Max Baucus included what has become the default Democratic policy, a return to 2009 rates, with a $3.5 million dollar exemption and a 45% rate. (Personally, I favor just returning to Clinton levels.)

There’s no way on the planet to describe that policy as stimulative. You’re just giving more money to the heirs of the ultra-rich. And the cost is $91 billion more than the Baucus/Democratic plan over 10 years, and hundreds of billions over current law. By linking this extension to the rest of the Bush tax cuts, it ensures they’ll move together practically forever.