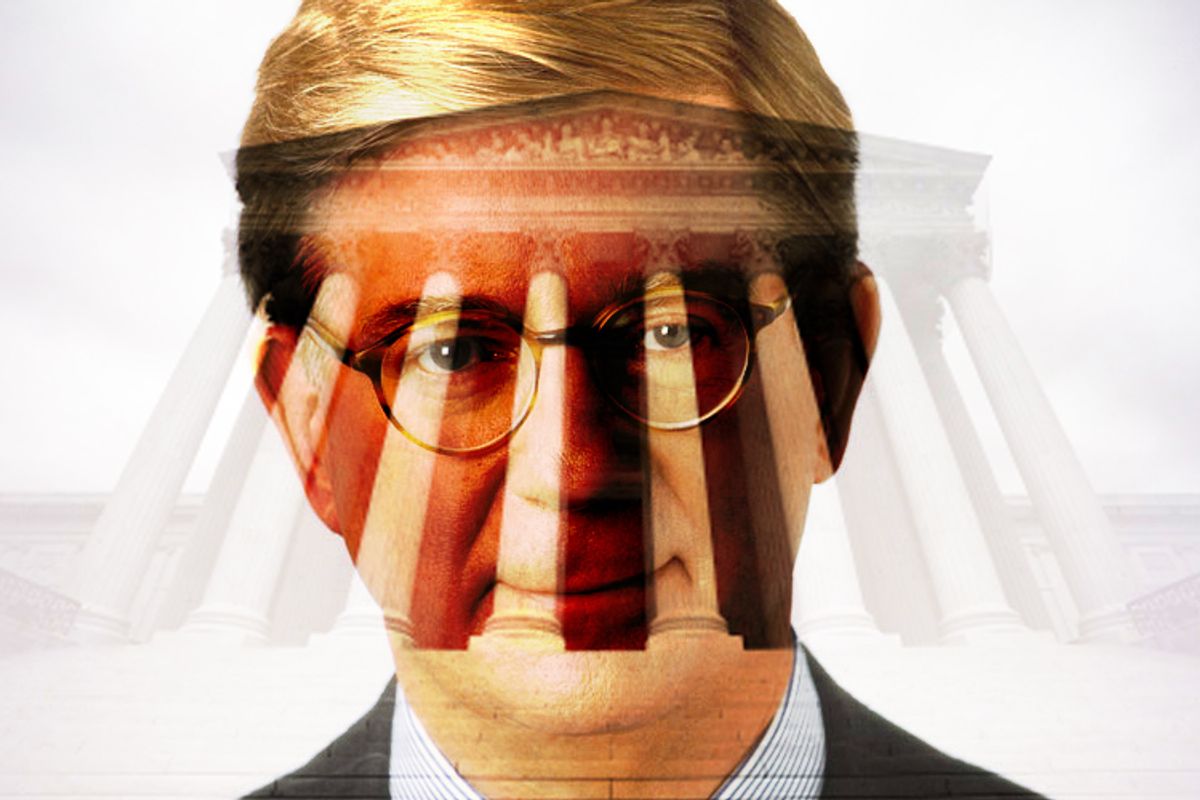 There are the silly, bomb-throwing conservative pundits, who toss red meat to the rubes, and then there are the slimy, smart ones -- like Charles Krauthammer and George F. Will -- who are responsible for surrounding talking points in pseudo-intellectual arguments, justifying obvious contradictions in the party platform, and making the whole enterprise of dirty politicking sound more respectable. Yesterday, Will explained why conservative judicial activism is good, and liberal judicial activism is bad.

George Will would like the Supreme Court to overrule Congress and declare the healthcare reform bill's individual mandate unconstitutional. If it was 1993 and the mandate was being pushed by Republicans as an alternative to a Democratic healthcare reform plan, Will would be defending it against all those charges of it being an attack on liberty, but Democrats passed it, so it is bad and must be ended, even though I'm told it is necessary to contain costs, which is what conservatives are supposed to like.

Based on the way the Supreme Court has interpreted the Commerce Clause since 1942, the individual mandate is plainly constitutional. But the Supreme Court has a bunch of partisan Republicans on it, so they might do what George Will is doing here and come up with some reason to strike down a policy they dislike because Democrats enacted it. That is judicial activism, and it's also basically how our courts have worked for many, many years now.

Except conservatives decided they hated judicial activism, back when there were more liberal judges, and instead of just abandoning that useful talking point, they are going to have to retrofit it for a new era in which Reagan and Bush have stacked the courts with right-wingers.

And here is how George Will proposes adapting that talking point:

"There is," Willett explains, "a profound difference between an activist judge and an engaged judge." The former creates rights not specified or implied by the Constitution. The latter defends rights the Framers actually placed there and prevents the elected branches from usurping the judiciary's duty to declare what the Constitution means. Let us hope the Supreme Court justices are engaged when considering the insurance mandate.

Active = bad. "Engaged" = good. There you go. Will's not the pundit he once was, so I dunno if this will catch on, but if you hear about "engaged" justices on Fox in the next year or so, you know who to blame.