The bully governor yells at yet another innocent constituent 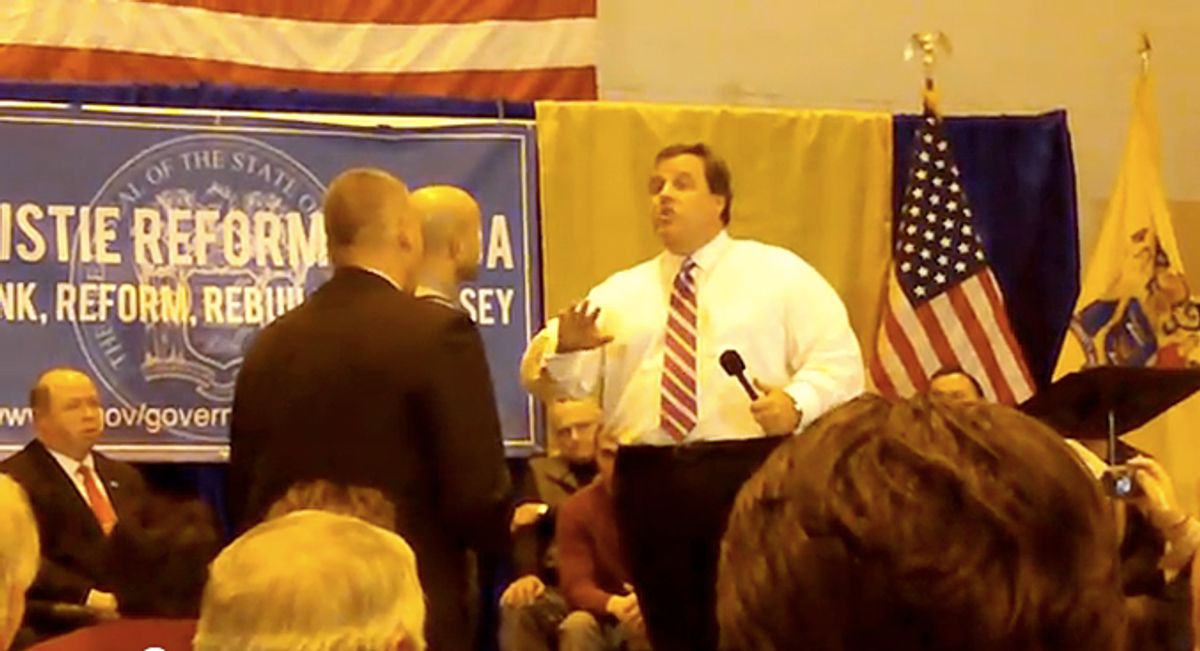 If Chris Christie is determined to wring a "YouTube moment" out of his every public appearance -- and it looks like he is indeed determined to do this -- it's going to be a long couple of years in New Jersey. The editorial board of the Newark Star-Ledger sounds positively exhausted with the governor already, because he staged yet another "confrontation" with a "rude questioner" -- that is to say, he yelled insults at a constituent with the temerity to disagree with him.

"It doesn’t matter who you are," the paper writes. "If you disagree with him, Christie will try to humiliate you publicly."

But some people find this totally delightful, because Chris Christie is basically an amusing comic television show character, like Charlie Sheen or Pat Buchanan. Whether it helps Christie politically depends on whether New Jersey residents find it funny or get bored with it. But Christie will continue doing it, because it's a major part of his "brand."

In lieu of class solidarity, which is a privilege only afforded to the wealthy these days, American politics are mostly about tribal self-identification. Most Republicans get this, and that's why being a shouty asshole doesn't hurt Christie. Democrats -- with a couple of exceptions, like Anthony Weiner -- are not so good at this, which is why MSNBC's liberal hosts whine about how Obama needs to "get tough" all the time without ever explaining how that would help him achieve policy goals and not just make them feel like they're backing a winner.