Elizabeth Edwards remembered by hack who smeared her

Why ask Mark Halperin to speak about the life of a woman he ruthlessly attacked in his book? 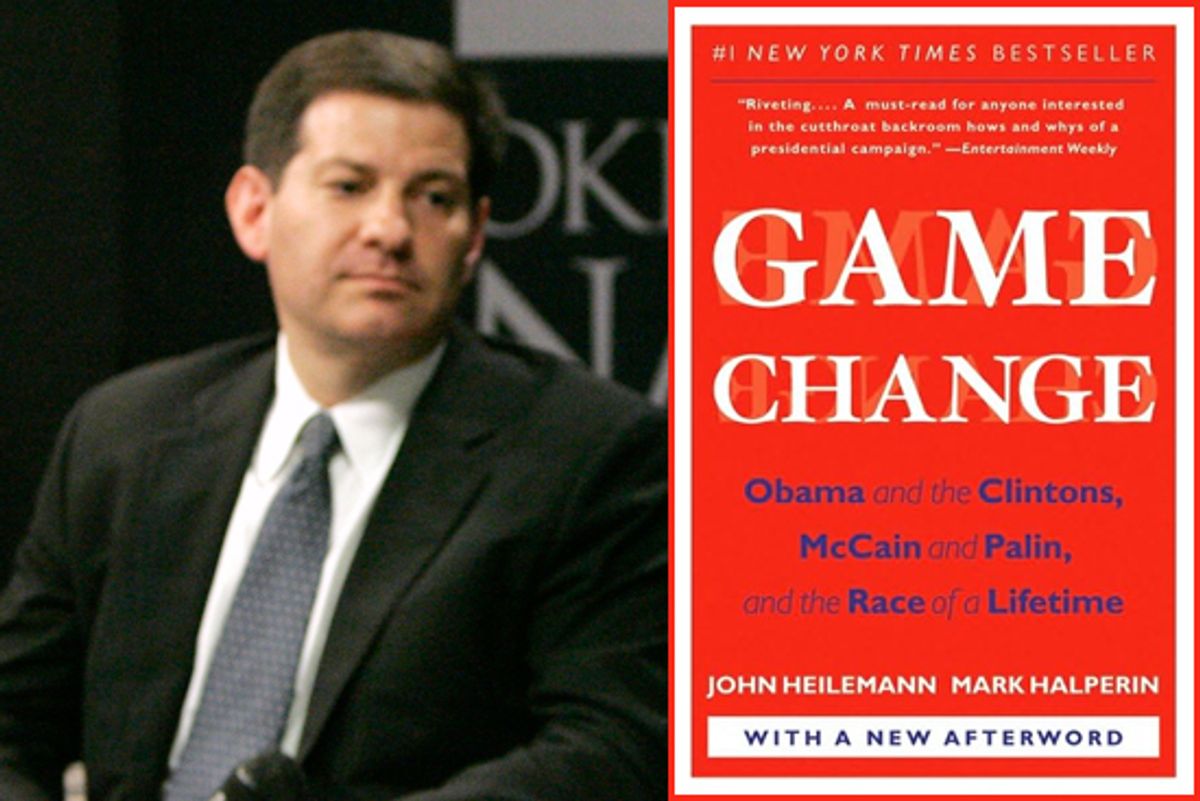 Chris Matthews led off his show today with a largely respectful discussion of the life and work of Elizabeth Edwards. But his guest was odious hack Mark Halperin, who ruthlessly smeared Edwards in "Game Change," his inane account of the 2008 elections. Halperin didn't say anything terrible -- he didn't, in other words, repeat any of the nasty things he wrote about her when she was alive -- but his mere presence was an insult to her memory.

Halperin had probably already been booked before the news broke -- perhaps to elaborate on the thesis of his most recent fact-free column -- but it was still incredibly insensitive to have him actually speak about the life of Elizabeth Edwards within minutes of the news of her death.

"A very tough person" is what Halperin called her today, on "Hardball." When she was still with us, here's what the relentlessly smarmy Halperin wrote about Elizabeth Edwards:

What the world saw in Elizabeth: A valiant, determined, heroic every-woman. What the Edwards insiders saw: An abusive, intrusive, paranoid, condescending crazy-woman.

While usually careful to attribute the characterization to "insiders," Halperin's "Game Change" painted Edwards as, in Jason Linkins' words, "a shrill monster," guilty primarily of the crime of being intelligent and ambitious.

"The culture kicked Elizabeth Edwards when she was already down," Jonathan Alter just wrote at the Daily Beast. And Mark Halperin was an integral part of that culture. Having him on to speak about her was disgusting.