This time, it isn't because of his weight 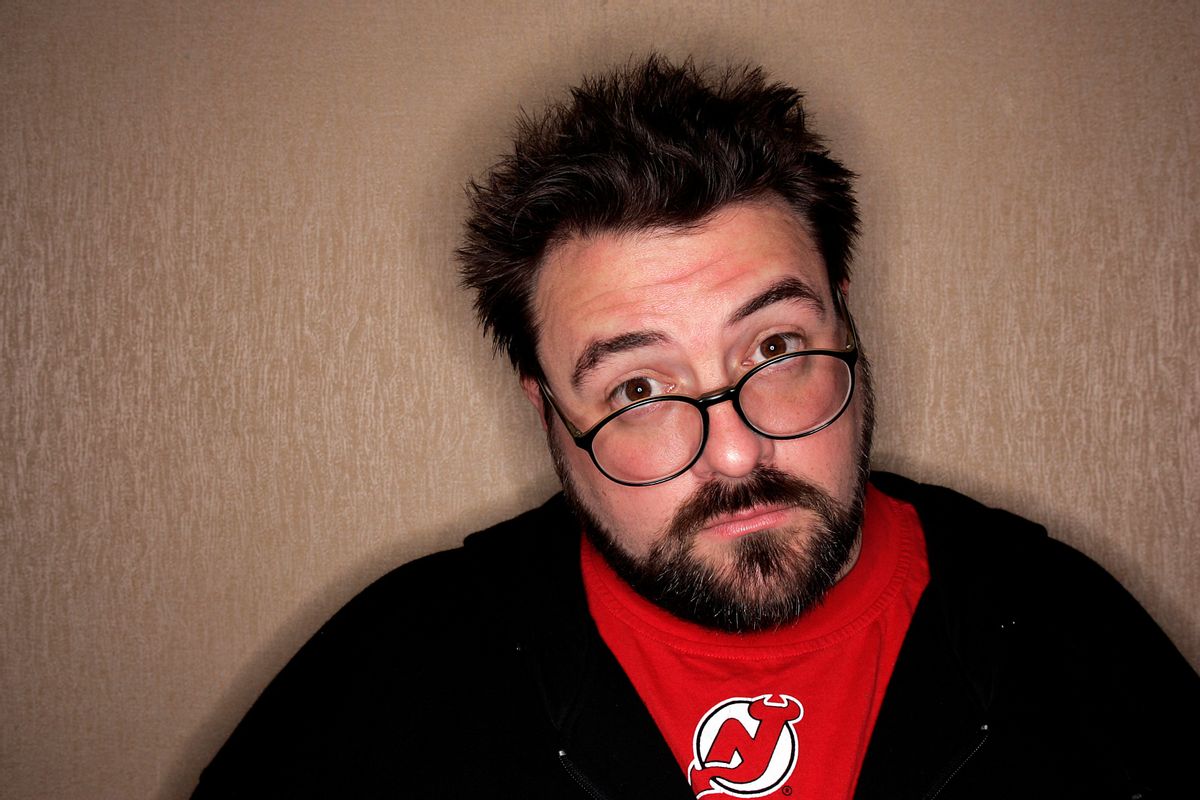 Wish this could start with a Silent Bob quote, but, you know. However, the self-proclaimed "loudmouth of the skies" has a lot to say about his recent run-in with the airline law.

"Virgin shut its legs, I shut my wallet," K Smith wrote on SilentBobSpeaks.com.

Kevin Smith, writer and director of "Clerks," "Mallrats," and "Jay and Silent Bob", wrote that in response to Virgin Airlines employees who prevented him and others from boarding their plane and causing them to miss their flight out of JFK.

Smith, his wife and Jason Mewes, aka Jay got to the gate eight minutes before depature, first class tickets in hand and luggage already on-board, only to be blocked by the red-vested guardian of the gate from rushing up the jetway to get on the still-idling plane.

In February, Smith was kicked off a Southwest Airlines flight for being "too fat to fly." He was in his seat, seatbelt fastened and tray in the up-right position, only to be told by the flight crew that he posed a safety risk because he couldn't lower his arm rest.

He turned verbose on Twitter after that incident: "So, @SouthwestAir, go f*** yourself. I broke no regulation, offered no 'safety risk' (what, was I gonna roll on a fellow passenger?)"

Smith wasn't held up in a pat-down or body scan this time around, so why did he show up so late for the flight? It goes back to his traumatizing TFTF distinction.

On every flight subsequent to his kick-off, he says, passengers would stare at him as they walked by. One fellow flyer went so far as to ask him, "They gonna throw you off this plane too?"

In desperation and per Ben Affleck's suggestion, Smith employed a concierge service, which gets high-profile people on planes on time but without becoming pre-inflight entertainment for the other passengers.

Virgin has made efforts to placate Smith, but no word on whether he'll keep his wallet freeze in effect when picking an airline to travel with in the future.