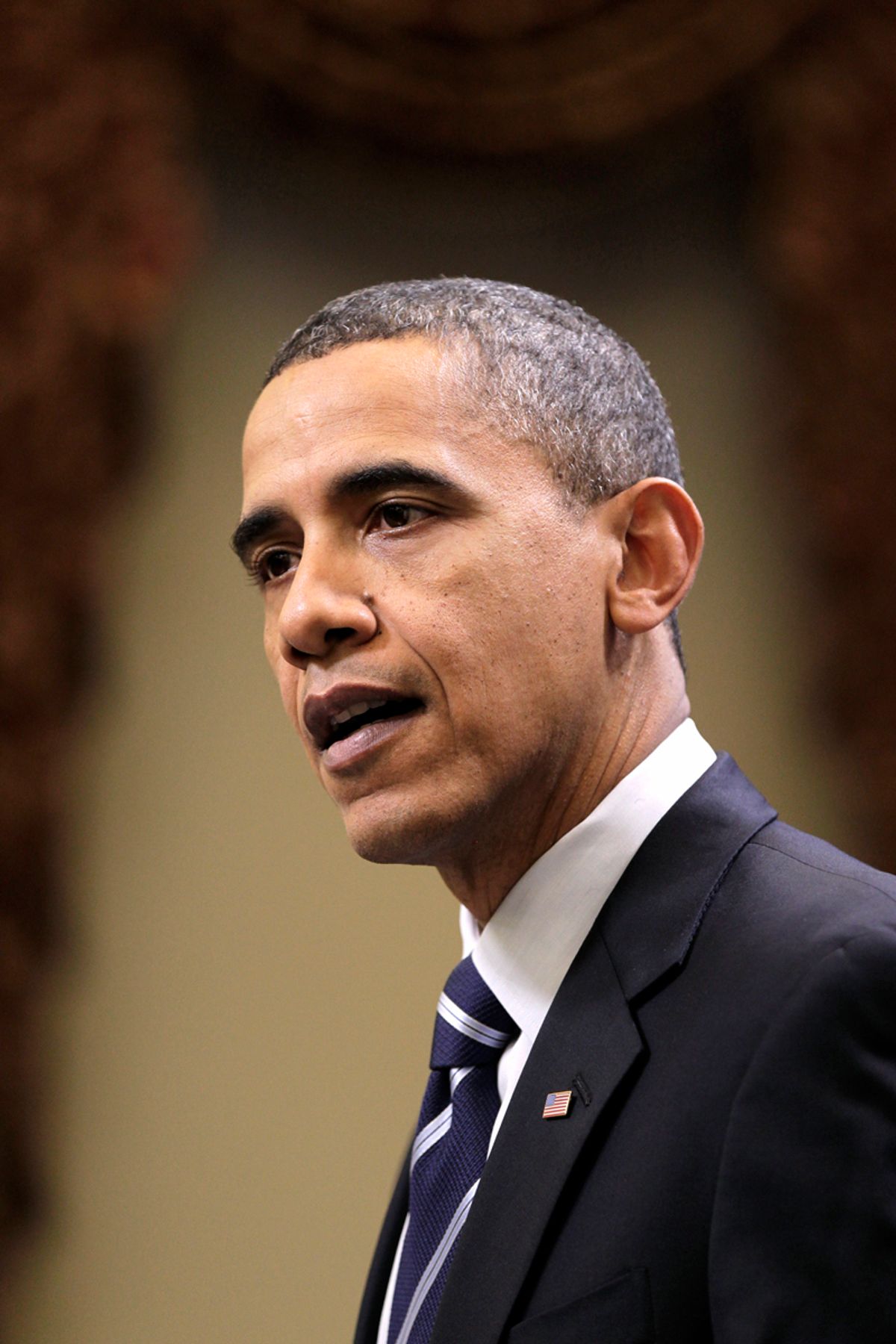 "It's tempting not to negotiate with hostage-takers," Barack Obama said at his press conference today. It's apparent that he's adopted the analysis offered by a growing number of liberal pundits -- that because Republicans care about nothing beyond the extension of upper-income tax cuts, this tax cut "compromise" was basically fait accompli.

But despite that fiery language, the president sounded much, much crankier with liberals. The first sign of passion was at the end of his press conference, when he went on an extended rant against unnamed "Democratic friends" who dislike his penchant for compromise. "This is the public option debate all over again," he said, and I have a feeling that his willingness to trash those stupid liberals will endear him, temporarily, to the Beltway press, even as they run inaccurate stories about how he's in danger of losing his base (which, elite political opinion aside, is still incredibly supportive of the president).

The press wanted to get Obama to predict that massive tax cuts for our overlords will bring the unemployment rate down, so that a quarter or two from now they can all run stories about how the president promised that unemployment would be 5 percent and yet it is still 9 percent or whatever it will be. But while he said the effects of his compromise will be broadly stimulative, he didn't give any specific numbers.

The president still declines to make any criticisms of the Senate parliamentary brinkmanship that gives a minority of senators the ability to win every policy negotiation through sheer force of not caring what the end result actually is beyond embarrassment for the majority.

And he was utterly unconvincing when he claimed that he was "itchin' for a fight" with Republicans (as opposed to with those dastardly liberals ... on the New York Times editorial board) on other, unnamed issues, just as he was when he claimed that the Republicans made concessions on things they were supposedly against, like various tax breaks for middle-income folks. (The GOP supports no taxes on anything for anybody! They just happen to care most of all about no taxes for incredibly wealthy people.)

"This country was built on compromise," Obama said, in a less-than-inspiring line. "If we don't compromise, we'll never get anything done." Amen! I mean, god forbid we don't get important things like cutting taxes for rich people done.

While congressional Democrats are to blame for putting Obama in this position, and Obama's hands were basically tied, he continues to imagine that his liberal critics are upset with the idea that compromises need to be made in order to accomplish progressive policy goals. Some of them are that stupid. But lots of them are actually critics of the White House's legislative strategy, and their apparent willingness to preemptively compromise before the negotiations have already begun.