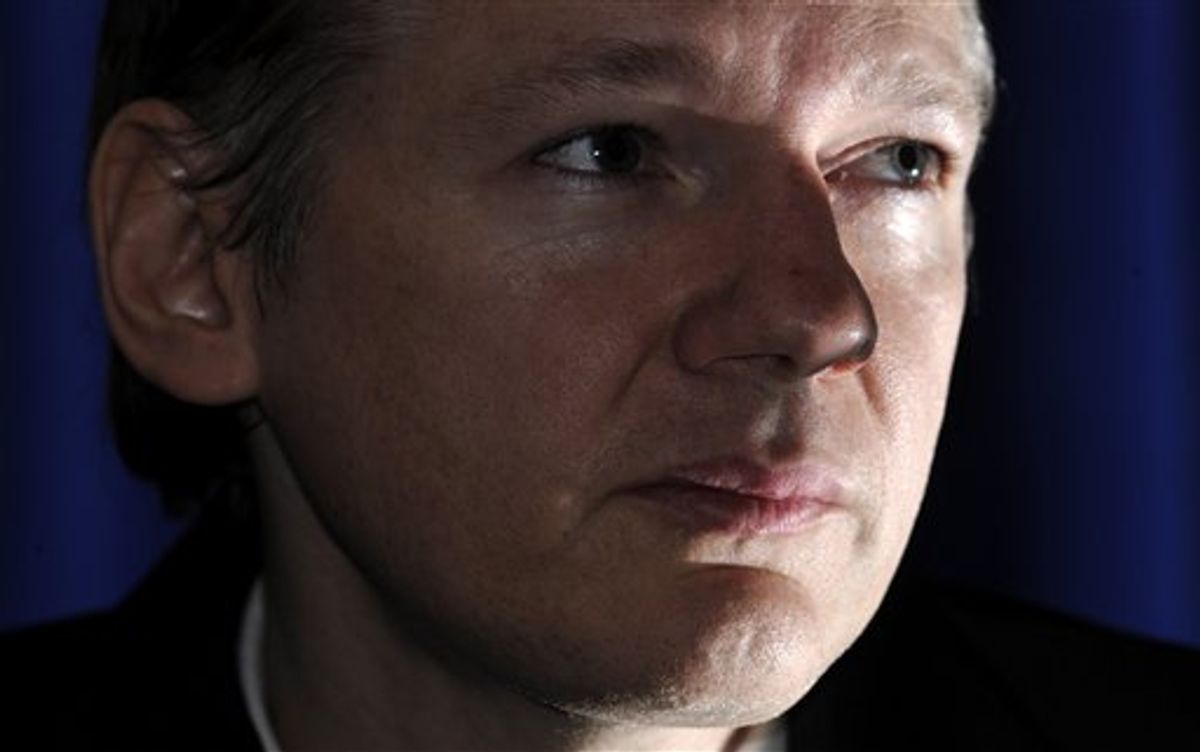 FILE - In this Oct. 23, 2010 file photo, WikiLeaks founder Julian Assange, attends a news conference in London. The lawyer for WikiLeaks founder Julian Assange says he is arranging for British police to question the man who unleashed a tidal wave of secret documents on the Internet. Lawyer Mark Stephens told reporters Monday night in London that the Metropolitan Police had called him to say they had received the arrest warrant from Sweden for Assange, who has been staying at an undisclosed location in Britain. (AP Photo/Lennart Preiss, File) (AP)
--

Police say WikiLeaks founder Julian Assange has been arrested on a Swedish warrant.

Assange was arrested at 9:30 a.m. (0930 GMT) Tuesday and was due to appear at Westminster Magistrate's Court later in the day.

Assange was expected to surrender to British police Tuesday as part of a Swedish sex-crimes investigation -- one of a host of international legal, financial, and security challenges closing in on the secret-spilling website.

Lawyer Mark Stephens has said that Assange, who has been hiding out at an undisclosed location in Britain since WikiLeaks' began releasing hundreds of U.S. diplomatic cables to the Web last week, would soon meet with officers from London's Scotland Yard.

The police force said Tuesday it wouldn't comment until an arrest had been made.

The Internet-based organization's room for maneuver is narrowing by the day. It's been battered by web attacks, cut off by Internet service providers and been subjected to a barrage of muscular rhetoric out of the United States.

In the latest development, Swiss authorities closed Assange's bank account, depriving him of a key fundraising tool. MasterCard has also pulled the plug on payments to the site, according to technology news website CNET. A European representative for the credit card company didn't immediately return a call seeking comment.

The attacks appeared to have been at least partially successful in stanching the flow of secrets -- WikiLeaks has not published any new cables to the Internet in more than 24 hours, although stories about them have continued to appear in the New York Times and The Guardian, two of the papers given advance access to all 250,000 documents.

WikiLeaks Twitter feed, generally packed with updates, appeals, and pithy comments, has been silent since Monday night, when the group warned that Assange's arrest might be imminent.

The 39-year-old Australian's legal troubles stem from allegations leveled against him by two women he met while in Sweden over the summer.

Assange denies the allegations, which Stephens has said stem from a "dispute over consensual but unprotected sex." Stephens said the two women involved made the allegations only after they became aware of each other's relationships with Assange.

Although unrelated to WikiLeaks' mass disclosures, which have infuriated U.S. officials, Assange and his lawyers have suggested that the prosecution is being manipulated for political reasons.

Assange's arrest could happen within hours. Depending on whether Assange decides to fight the extradition attempt, as Stephens has said he was likely to, the process could drag on for weeks or months.