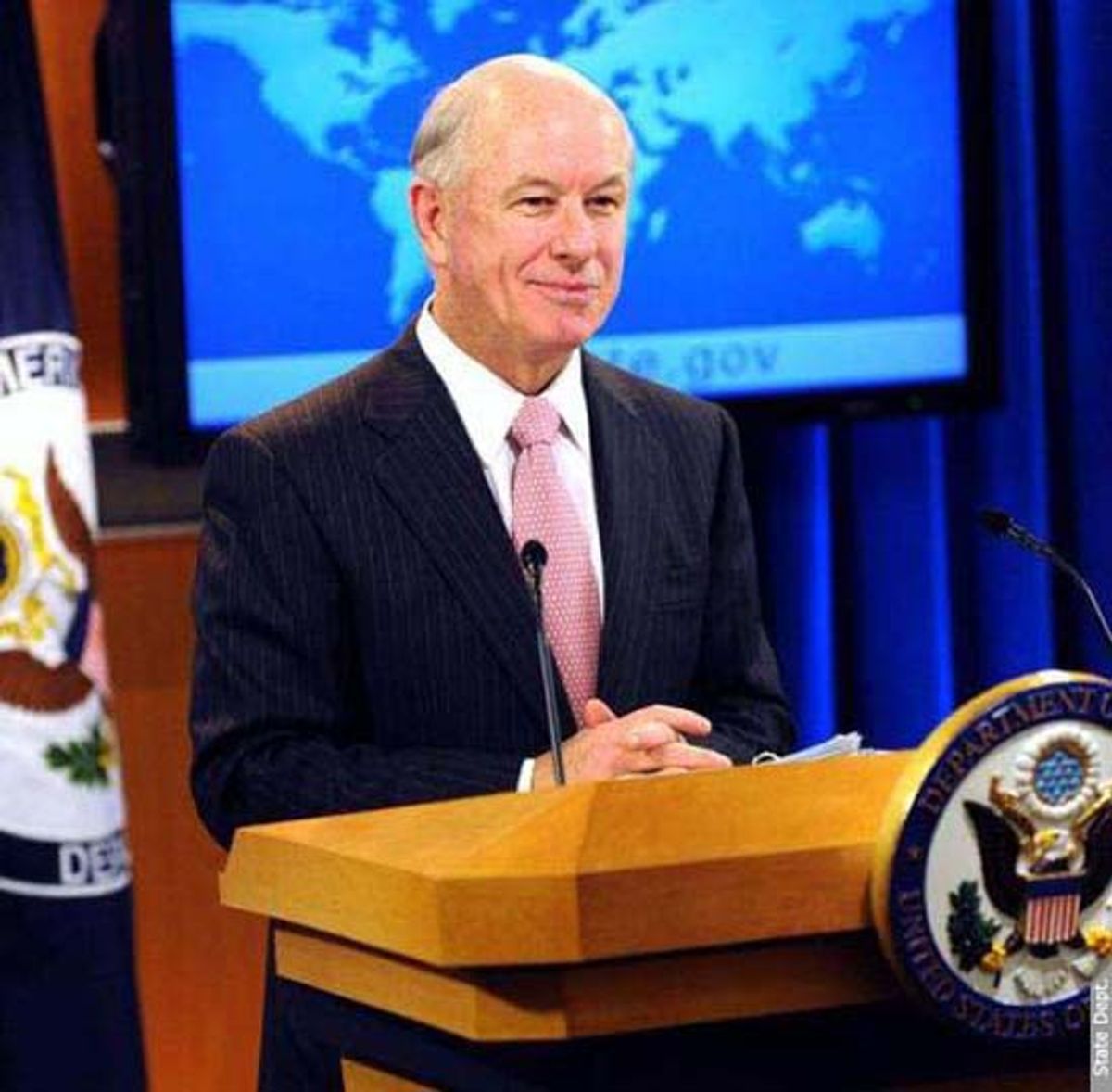 (UPDATED)Here's a catch from Politico's Josh Gerstein that deserves more attention: the top spokesman for the State Department told reporters last December that the United States was not involved in any military operations in Yemen. But a WikiLeaks cable shows that just two days later the military launched missile strikes in Yemen that reportedly killed dozens of civilians -- the sort of action that take presumably takes a lot more than two days to plan.

In other words, the official, Assistant Secretary of State for Public Affairs Philip J. Crowley, almost certainly lied to the press. Crowley, incidentally, has been among the most vocal critics of WikiLeaks, calling the group both criminal and "irresponsible" and assailing Julian Assange on Twitter.

The fact that the U.S. carried out those Dec. 17 attacks on suspected terrorist targets in Yemen is firmly established by a cable released by WikiLeaks. It describes the president of Yemen promising to keep taking (false) credit for the American strikes.

The Dec. 15 exchange between the reporter and Crowley is below. As Gerstein notes, while the context of the question involves a civil conflict in the north of Yemen, and the U.S. strikes were in the south, Crowley nevertheless issues a broad denial of "any" U.S. military involvement in Yemen. (It's also worth noting that there's an oh-so-slim possibility that Crowley himself did not know about the U.S. military operations in Yemen.)

QUESTION: On the conflict in Yemen, Houthis say that U.S. warplanes have launched airstrikes in northern Yemen. Is the U.S. involved in any military operations in Yemen?

MR. CROWLEY: But we – those kinds of reports keep cropping up. We do not have a military role in this conflict.

We reached out to Crowley for a response on this and will update this post if we hear back.

UPDATE: Crowley, in an email to Salon, maintains that he did not mislead reporters:

"I did not mislead anyone. Yemen is a country with multiple conflicts. As the transcript shows, I was asked to respond to a claim that the United States bombed the Houthis. As I said, the United States has no role in the conflict between the Yemeni government and the Houthis. Had the question been about al Qaeda, my answer would have been different. And if you look through subsequent transcripts, in that context, we were careful to say we were supporting Yemeni counterterrorism efforts without being specific."