My tiny hypocrisy: The Brazilian Blowout

I won't even drink non-organic milk. So why am I addicted to straightening my hair with formaldehyde? 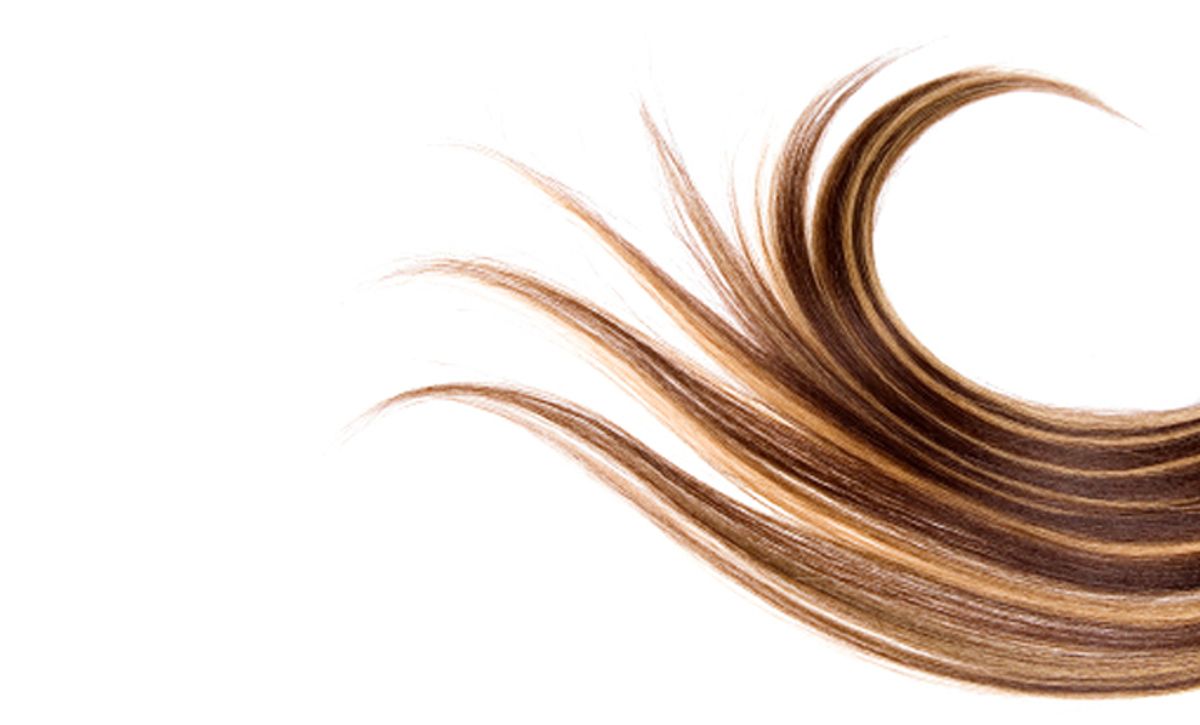 I grow vegetables in my backyard. I wear organic makeup. I grind my own flax seeds. I write a yoga column called "Enlightened Motherhood," for crying out loud. But two months ago I had a Brazilian Blowout. Despite recent warnings that the conditioning and straightening formula contains high levels of formaldehyde -- a carcinogen and, yes, the stuff they use on dead bodies -- I want another one. And another one after that.

For years, my hairstyle could best be described as an "I give up" ponytail. Overwhelmed by work and motherhood after moving to Vancouver from our home in Boston, I paid my downstairs tenant, a stylist at a fancy salon, for my cut and color. Her toddler ran around during our sessions, while my son squiggled in my lap, which might be why my hair looked so drab. I upgraded to a tiny hipster salon in the neighborhood, where the aspiring musician/stylist told me from the outset he had no experience with curly hair, but whenever the professional blowouts washed out, I'd break out my ponytail holder again.

I know, I know: I'm supposed to embrace my natural hair. Before becoming a mother, I'd experimented with curly girl pride, splurging on "No-Poo" cleansers from high-end salons, but my stubborn hair was a no woman's land between curly and straight. Instead of darling little ringlets I wound up with a frizzy, dry mess. My infrequent at-home diffuser or blow dry attempts were time-consuming failures. I wore a lot of hats.

This September, when my son started going to daycare three days a week, I decided to take action. With equal parts anxiety and low expectations, I made an appointment with a well-reviewed salon downtown. Danielle wore vintage clothes; she was glam but not annoyingly so. She offered me tea and ushered me to her chair and in her polite Canadian manner, made it clear that she thought my hair looked like crap.

"It doesn't have to be this way," Danielle said. "There's a conditioning treatment called Brazilian Blowout, and you're the perfect candidate." What she described was the kind of magic I'd longed for since I was in fifth grade, back when I first realized the popular girls had one thing in common: straight, long (usually blond) hair. My hair was shorter, darker and -- like me -- less well behaved. But the Brazilian Blowout (BB) would give my hair the weight and texture it needed, making my hair smooth, manageable and, yes, significantly more straight. Danielle had come across the treatment while doing hair in Los Angeles. "This is what all the Hollywood actresses do," she assured me.

Danielle gave me a great cut that day, and maybe that should have been enough, but she also planted a seed. Hey, I'm only human. I wanted to live the fantasy that is Us Weekly's "Stars: They're Just Like Us." I didn't need sequined-dress, red-carpet drama. I preferred a "grabbing an Urth Caffé coffee before heading off to hike Runyon Canyon with my trainer" look, my shaggy hair tousled and grazing my shoulder.

When I came home, I researched the Brazilian Blowout. Concerns about formaldehyde were easy to find, but my denial was powerful. I got high on the fumes of before-and-after photos. I found a posting on Nicole Richie's website in which she proclaimed, "You HAVE to get a Brazilian blowdry!" She could swim, leave the house without blow drying. She could live a freer and prettier life.

I realize it's odd, perhaps even embarrassing, that a grown, Vassar-educated woman would be taking advice from a starlet once best known as Paris Hilton's sidekick. But understand that a woman's connection with her appearance is not logical. It's a squishy thing born of years of self-consciousness, weird school-age run-ins and perceived wisdom about what the rest of the world finds attractive. Chris Rock's documentary "Good Hair" was a funny, bracing attempt by the comedian to understand the painful, elaborate processes undertaken by his wife and, by extension, millions of African-American women. But torture in the name of beauty doesn't belong to any race, or any generation. Corsets mangled rib cages, curlers were the albatross of the 1960s housewife. Anyone who thinks today's beauty standards are cruelty-free obviously hasn't worn heels.

But I had one more reservation: Jewish girl guilt. At my recent 20th high school reunion on Long Island, my friend Karen's hair was curly, short and adorably gamine. She wondered aloud why everyone else in the room suddenly had silky straight hair. Were all of us Jewish, Italian and otherwise "ethnic" ladies denying our heritage, trying to erase our otherness? Was I wrong not to rock my Jewfro?

Then again, if Michelle Obama can straighten her hair and be considered a feminist role model and African-American icon, then I can straighten mine without losing my feminist cred and being labeled a self-hating Jew. Report me to the women's studies department or the local rabbinate if you must: The Brazilian Blowout changed my life.

Getting the treatment wasn't a breeze, of course. Danielle painstakingly applied the promised elixir, straight ironing each section of hair several times over in order to set in the BB formula. As she'd warned, my eyes stung and teared up as the BB took hold. The discomfort was slightly worse than chopping an onion but nothing compared to a bikini wax. Still, the smell and toxic sensation were momentarily unsettling, if easily forgotten. But after the treatment? Now, that was the easy part. I know I may sound like an infomercial, but my hair looked amazing every single day with almost no effort -- all for one easy installment of $150. My hair wasn't stick straight -- it had a nice wave -- but it was dense, soft and manageable. All I needed to do was run a straightening iron through it once or twice, for two or three minutes, smooth on a dollop of serum, and I looked like I'd just left the salon. Even on days when I didn't touch my hair, it looked amazing.

And it turns out, Nicole Richie was right: Everyday activities actually are more fun with good hair. It's bizarre how one small change can alter your whole outlook, the way you engage with the world. I became more confident in my work, and when I took my son to activities like music drop-in or art class, I felt more inclined to chat up the other moms. I upgraded from baggy boyfriend jeans to a pair of gray skinny ones, and I took the time to put on makeup. I planned more date nights with my husband, and lest you think I was merely vapid and hair obsessed, I actually found I had more enthusiasm for intellectual/brainy activities, because I no longer fretted about my appearance. Even reading the Book Review, or the latest Mona Simpson novel, I felt hot. What could possibly go wrong?

Cut to the safety warnings. Canada, ever vigilant about the health and well-being of its citizens, issued a strongly worded warning against the treatment, citing unhealthy levels of formaldehyde and consumer complaints about hair loss and the stinging sensation that affects both client and stylist upon application. Shortly thereafter, my hair stylist's assistant called to announce she'd no longer be doing BB. Then, the New York Times story appeared, painting a grim portrait: Sally Hershberger's Los Angeles and New York salons and the John Barrett Salon at Bergdorf Goodman in New York decided to stop offering BB altogether, while others have resorted to having stylists and clients wear respirators during the treatment, or relegating the process to outdoor courtyards. My reaction? A furious scramble to find someplace -- anyplace -- that would still give me the treatment. Driving across the border to Seattle didn't really seem out of the question.

What was happening to me? I won't even drink non-organic milk. I pride myself on being health-conscious, on being a savvy consumer. And yet, here I was, jonesing to get on a waiting list to dump toxins in my hair. I think a lot of this is the fact that, like any mother's, my work and my family life can be so exhausting and complicated and fraught that I longed for one simple pleasure, one tiny shortcut to help restore some feeling of prettiness and ease. But maybe we're all a little hypocritical sometimes -- the environmental activist who leaves on the lights, the feminist who needs her boyfriend to pay her bills, the vegan who smokes. Good luck being a perfect human being. I haven't figured out that formula yet.

These days, I am 10 weeks into a Brazilian Blowout that lasts 12 weeks. Each day my hair looks just a little worse. Danielle is currently looking into less toxic, more natural conditioning treatments for her BB-addicted clients. She hears that the company is working on a formaldehyde-free formula. Until then, I decided I'm done with the BB. My tiny hypocrisy, my small little indulgence just became too costly. I can't stop thinking about my son. I can't stop thinking of the countless women -- the mothers, including my husband's mother -- who've lost their lives to cancer. Sure, I love looking good, but eventually sanity prevailed: I love my family, and our life together, immeasurably more.