Final week: Jesse's father gives Paul a piece of his mind and Paul takes it out on Adele 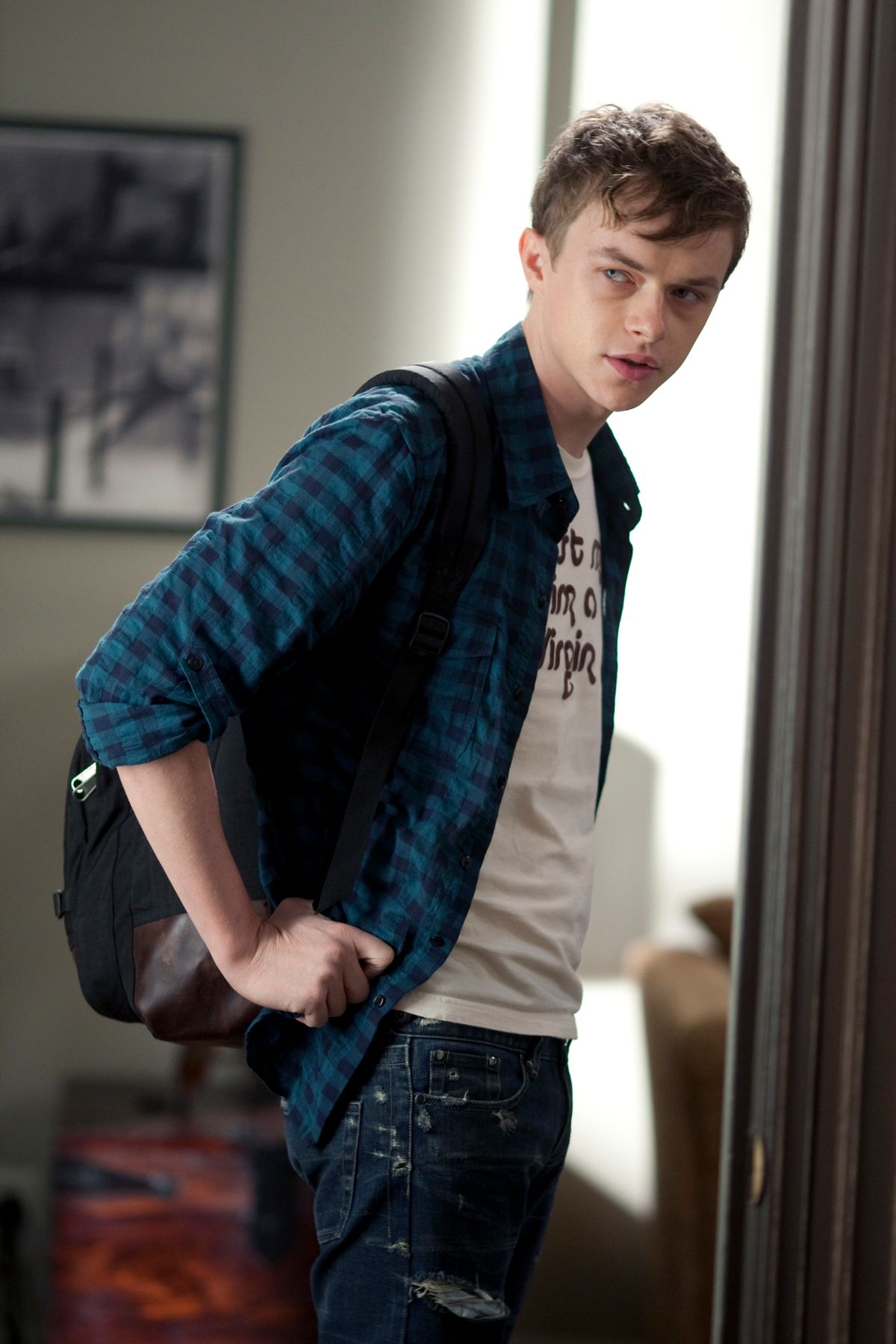 A therapist once said to me that people come to therapy mostly just looking for a new reason to blame their parents. Once they've found it they usually quit. The real work of therapy only starts then when you discover that holding your parents responsible for your problems really doesn't solve as much as you thought it would. Jesse's decision to quit therapy now that he's had a self-serving "epiphany" is tragic, but normal.

Jesse has shown up to his final session with Roberto, who looks nothing like how I imagined him. My fantasy Roberto was a taciturn young De Niro type who would go perfectly with Jesse's young DiCaprio vibe. Now that I've met the real Roberto and seen his uncanny resemblance to proto-reality celebrity Joey Buttafuoco, I'm not so sure his influence on Jesse is going to be a great one. Roberto is a pleasant enough guy whom Jesse seems kind of scared of and who gets through life with an easy going "us and them" mentality. He has choice words about Karen, Jesse's wealthy birth mother, for "sticking her nose job" into Jesse's life.

There are two types of people in the world, according to Roberto: the competent electricians who keep the lights working, and the people who "shoulda been plumbers." According to Roberto, Paul falls into the latter category. Roberto can't believe Paul let Jesse leave the office alone after Jesse told him he sometimes thought of suicide. He's taking him out of therapy though the plan does not seem to include finding Jesse a therapist who would take his suicidal thoughts more seriously. Right now it just seems to be blame Marissa for everything.

The realization that it's all Marissa's fault came about after Jesse was arrested for trying to upgrade his train ticket to RISD without paying the difference. Roberto came to bail him out of jail, which Jesse has interpreted as a profound act of love. On the way home, Roberto explained the decision to adopt Jesse, how it came out of Roberto's sense of loss after his own parents died at a young age, and how the minute he held Jesse, the hole in his heart was automatically healed. Marissa, however, never had the hole-healing experience, since Jesse was colicky and she lost confidence in her ability to comfort him. She's been nervous around him ever since.

"It's all so clear" to Jesse now. Nothing's his fault. Marissa messed him up with her insecurity. His father loves him. He can pursue photography later. His life path as an electrician and natural heir of D'Amato & Sons is obvious and simple.

Paul asks Roberto to wait outside for a while and does his best to explain how facile and unlikely this vision of his life is. But Jesse is having none of it. He wants to move on. Much of this may be a reaction to his feelings of rejection by Paul, who turned down the birthday ice cream invitation. Paul explains that he'll always be here for Jesse, but that he won't be able to run after Jesse and beg him to come back. Before they leave, Paul tries to hand Jesse the letter from his birth father, but Jesse refuses to take it. There are many ways this can be interpreted. Jesse wants to hang on to his sense of abandonment. Jesse wrote the letter himself as one of his many birth parent fantasies. Or Jesse wants to leave it with Paul as a loose end that maybe he can pick up again some day.

It's a sad ending, to think of Jesse abandoning his artistic aspiration to seek approval from a guy who seems an unlikely role model for him. But it's a realistic one. Therapy doesn't solve most people's problems, though it's hard to blame that on therapy when most people quit.

As we saw last season with April, when Paul loses a patient, especially a young one, he tends to respond with a sudden decision to reject his own therapist. This partly explains why he's being such a dick with Adele. According to Paul, she is not in solidarity with "the brown man" like Paul is, and he blames her for the circumstances that have resulted in Sunil's deportation. Seven weeks ago Paul sneered at Adele's youth and inexperience. Now he's following her advice blindly and blaming her for it when it doesn't work. Whatever the wisdom of her advice, in the end the decision was Paul's, and he's being dishonest with himself if he thinks it's not a decision he would have made on his own eventually.

Adele points out the obvious: This is clearly what Sunil wanted, and Paul's real anger is less about being manipulated than being jealous of Sunil's agency. But Paul doesn't really want to consider the possibility that he has anything to learn from Sunil. Today's a day for cleaning house, and just as he dumped Wendy earlier on this week, he's decided to dump Adele.

Unfortunately Paul's decision to leave therapy with Adele feels more like a Jesse avoidance move than a Sunil liberation move. It feels more like he's running away from responsibility than embracing it. He has a chance to work out his issues with an obviously skilled therapist and instead he's turned her into a disappointing fantasy girlfriend. While he pictures himself as being his own man not dependent on anyone, there is little doubt he's going to end up back in the glue trap.

But a professional sabbatical probably won't kill Paul. He needs to spend some time out in the real world hanging out with people instead of trying to shrink them, making real friends instead of trying to turn his patients into friends. Brooklyn, in a certain sense, seems to be Paul's Calcutta. It's a place, he tells Jesse, where he can be alone without feeling too lonely. As Paul walks out into the crowded street there is always the hope that this may be a place where he can free himself from his loneliness and not just another place to avoid it.

If there's a Season 4, maybe we'll find out. If not, at least Sunil has taught us a new farewell song. Thanks to a reader of yesterday's recap, I have this translation: Badhai Bondhu Bahdhai. Fare thee well, my friend, fare thee well.