A British newspaper reports that informal discussions have taken place about extraditing Assange to the U.S. 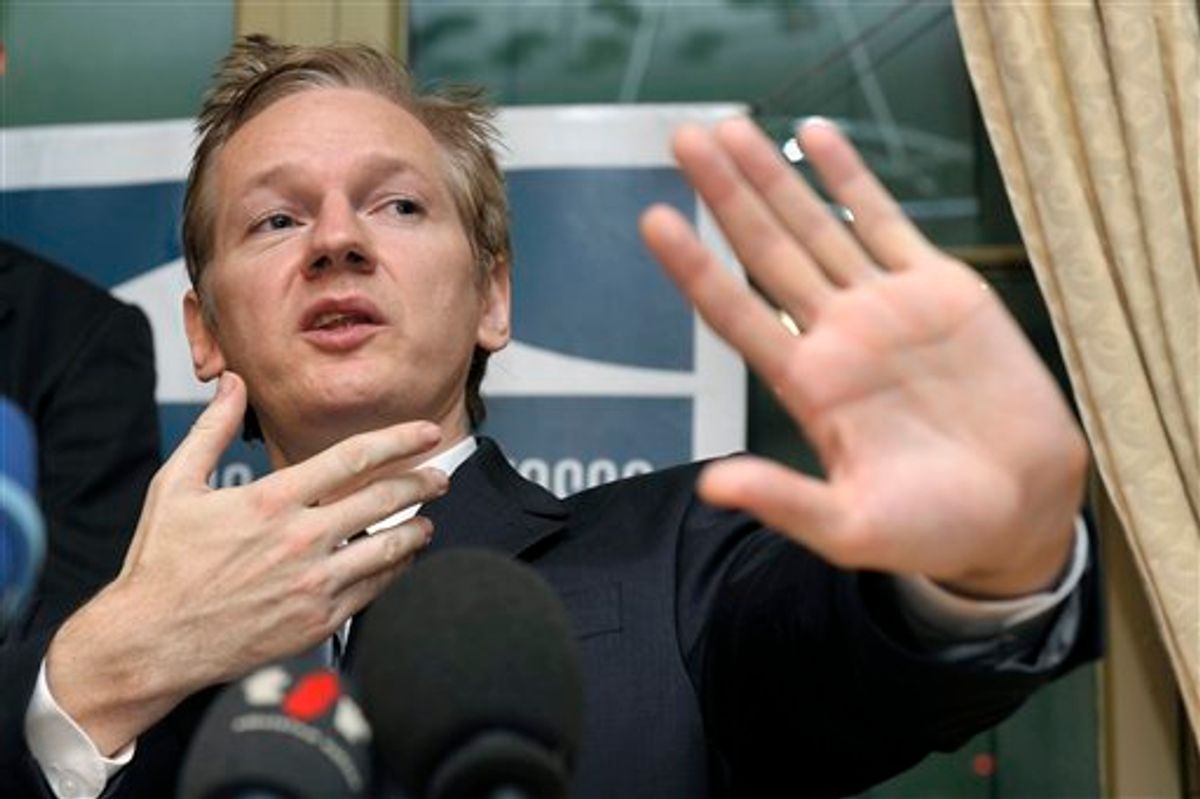 FILE - This is a Thursday, Nov. 4, 2010 file photo of Wikileaks founder Julian Assange gestures as he speaks about the United States and the human rights during a press conference at the Geneva press club in Geneva, Switzerland. Police say WikiLeaks founder Julian Assange has been arrested on Swedish warrant on Tuesday Dec. 7, 2010. (AP Photo/Keystone, Martial Trezzini, File) (AP)
--

While WikiLeaks founder Julian Assange has still not been charged with a crime (at least publicly) in the United States or Sweden, this report from the Independent in the UK suggests the Obama Administration is exploring its options:

Informal discussions have already taken place between US and Swedish officials over the possibility of the WikiLeaks founder Julian Assange being delivered into American custody, according to diplomatic sources.

Sources stressed that no extradition request would be submitted until and unless the US government laid charges against Mr Assange, and that attempts to take him to America would only take place after legal proceedings are concluded in Sweden.

Such discussions would be in line with what we reported yesterday about how the U.S. typically goes about securing high-profile extraditions.

Here, meanwhile, is what the Swedish prosecutor in charge of looking into sex crime accusations against Assange is saying about the case:

"I want to make it clear that I have not been put under any kind of pressure, political or otherwise," Marianne Ny, a director of prosecution, said in a statement.

"Swedish prosecutors are completly independent in their decision-making," she added.