The notorious CEO of Massey Energy resigns a week after a scalding Rolling Stone profile. But he'll be just fine 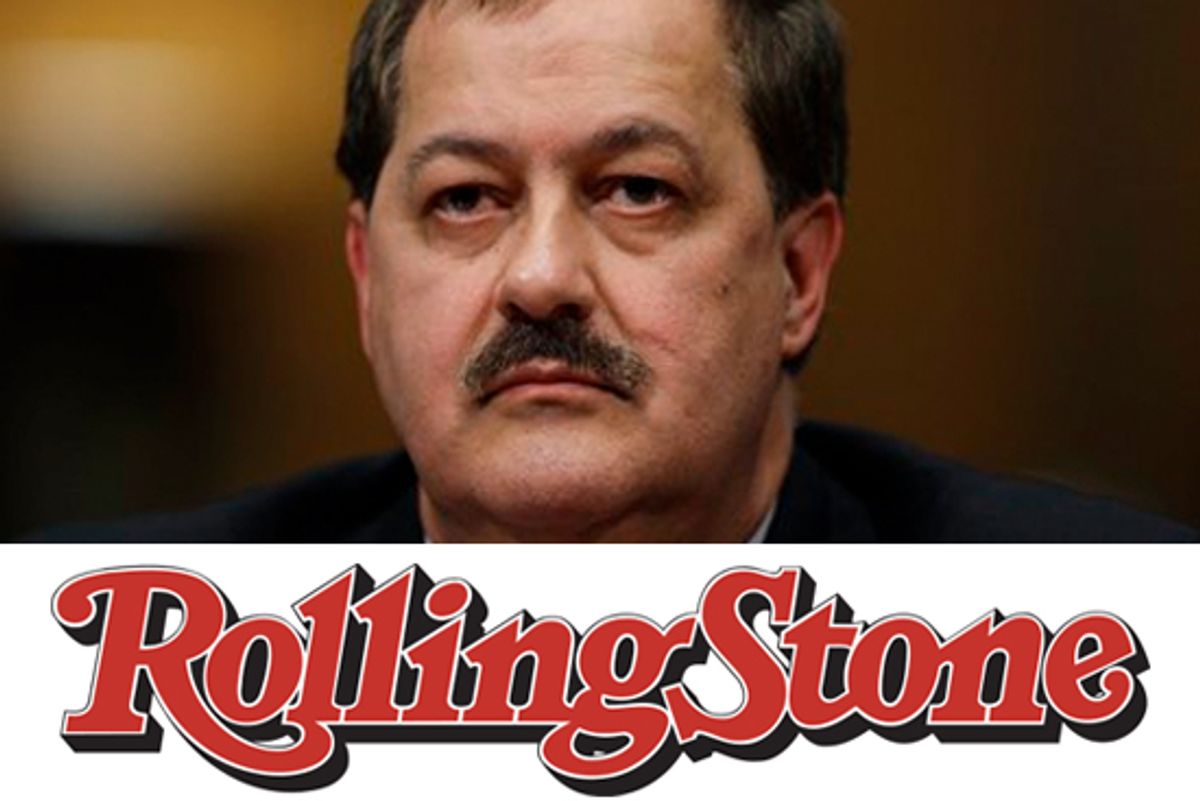 The last entry in the Twitter feed for coal baron Don Blankenship is dated September 28. That's a little surprising, since there have been two big events in the Massey Energy CEO's life in recent weeks that you would think might merit a comment. On November 29, Rolling Stone published Jeff Goodell's "The Dark Lord of Coal Country" an absolutely devastating takedown of a man named by Cecil Roberts, the head of the United Mine Workers of America, as having "caused more suffering than any other human being in Appalachia."

Then, on December 3, Massey Energy announced that Blankenship was stepping down, at the tender age of 60, from his positions as CEO and chairman of the company. Is this another "big scalp" for Rolling Stone, as suggested by Felix Salmon?First a four-star general -- then one of the most powerful energy company CEOs in the U.S.? Or was it the looming law suits, government investigations, and pressure from institutional investors?

Whatever the case, the last line of Goodell's piece bears repeating.

"I don't care what people think," he once said during a talk to a gathering of Republican Party leaders in West Virginia. "At the end of the day, Don Blankenship is going to die with more money than he needs."

And how much is that? The eagle-eyes at ace public company SEC filing-waters, Footnoted.com provide some details today. Here's an excerpt:

Like a lot of executives, Blankenship's pension is bigger than most, worth $5.7 million as of the company's April 16 proxy filing. He's also built up $27.2 million in his deferred-compensation account, a combination of pay he set aside and interest Massey has promised to pay him on those sums. And simply retiring lets Blankenship continue to cash in his options for as long as three years; performance-based restricted-stock units will pay out (or not) depending on the performance measures baked into them...

Then there's his "salary continuation retirement benefit," which will keep paying Blankenship $18,241 a month for 10 years after his retirement ($2.2 million, nominally) -- or his heirs if he dies before the decade is up. Technically, this benefit kicks in on retirement at age 65, but, as the proxy puts it, the "agreement grants Mr. Blankenship a right to an approved early retirement that vests his retirement benefit, provided he actually severs from employment with us for reasons other than death prior to age 65." If Blankenship prefers, he may be able to take $4 million in life-insurance coverage during retirement instead.

Meantime, Blankenship also gets free housing for his golden years, in the form of a $305,000 "company-owned residence and associated property in Sprigg, West Virginia," as well as reimbursement for any income taxes he owes for getting the house. (Estimated total value: $517,168.) And if federal rules on deferred compensation get in the way of giving him the house immediately on his departure, Massey will effectively let him live there rent-free in the meantime (charging him rent and then reimbursing him for it).

Moral of the story: Suffering pays -- as long as it is inflicted on other people.

Energy How The World Works Mine Disasters