Three decades after Lennon was killed, admirers play his music and place flowers on mosaic in Central Park 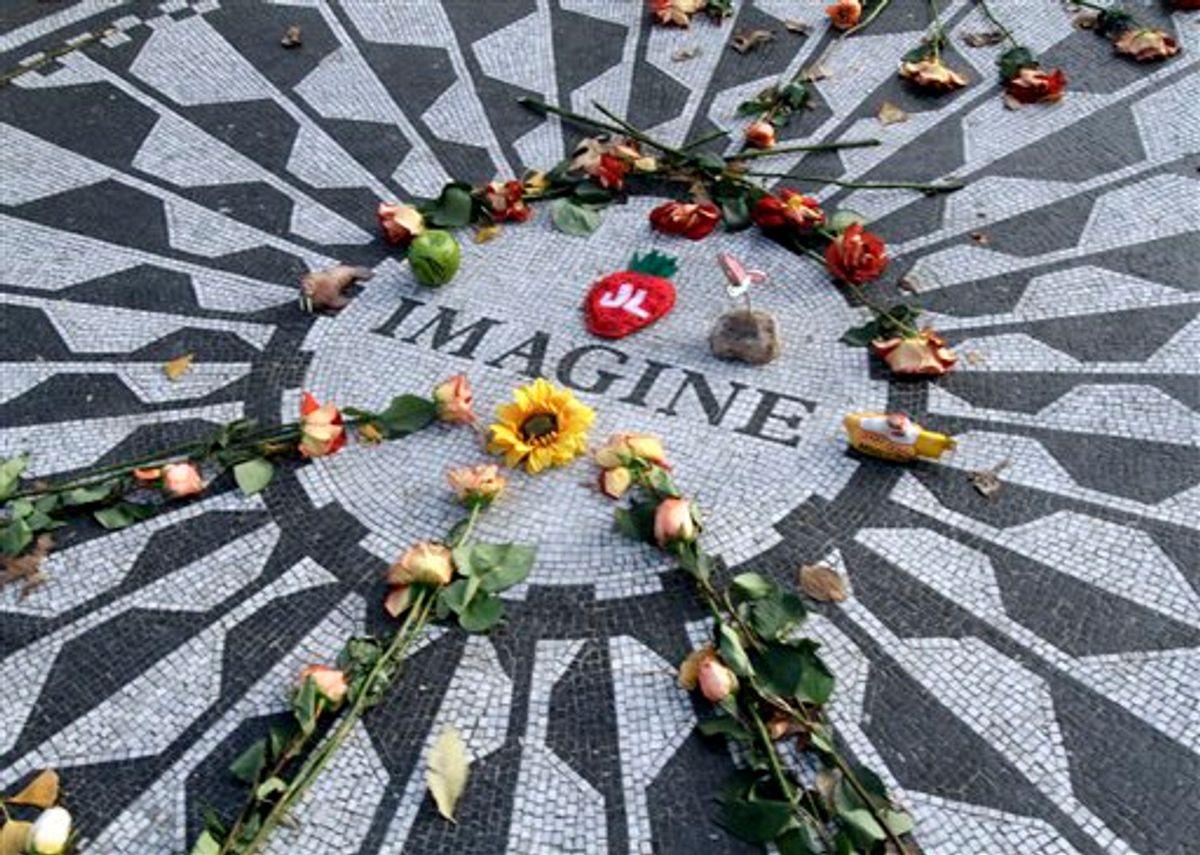 John Lennon's fans are celebrating his life by visiting New York City's Strawberry Fields, an urban oasis that's endorsed by 121 countries as a "Garden of Peace."

Wednesday is the 30th anniversary of Lennon's murder outside his Manhattan apartment building.

Admirers played his music and placed flowers on a mosaic named for his song "Imagine."

Rolling Stone has just released Lennon's final interview. He talked to the magazine on Dec. 5, 1980, three days before his death.

Lennon slammed his critics, saying they want "dead heroes." But he expressed optimism about his future and discussed trying to be a good father.