I want my boy to develop his own inner life. Maybe I should accept that reading isn't the only way to do it 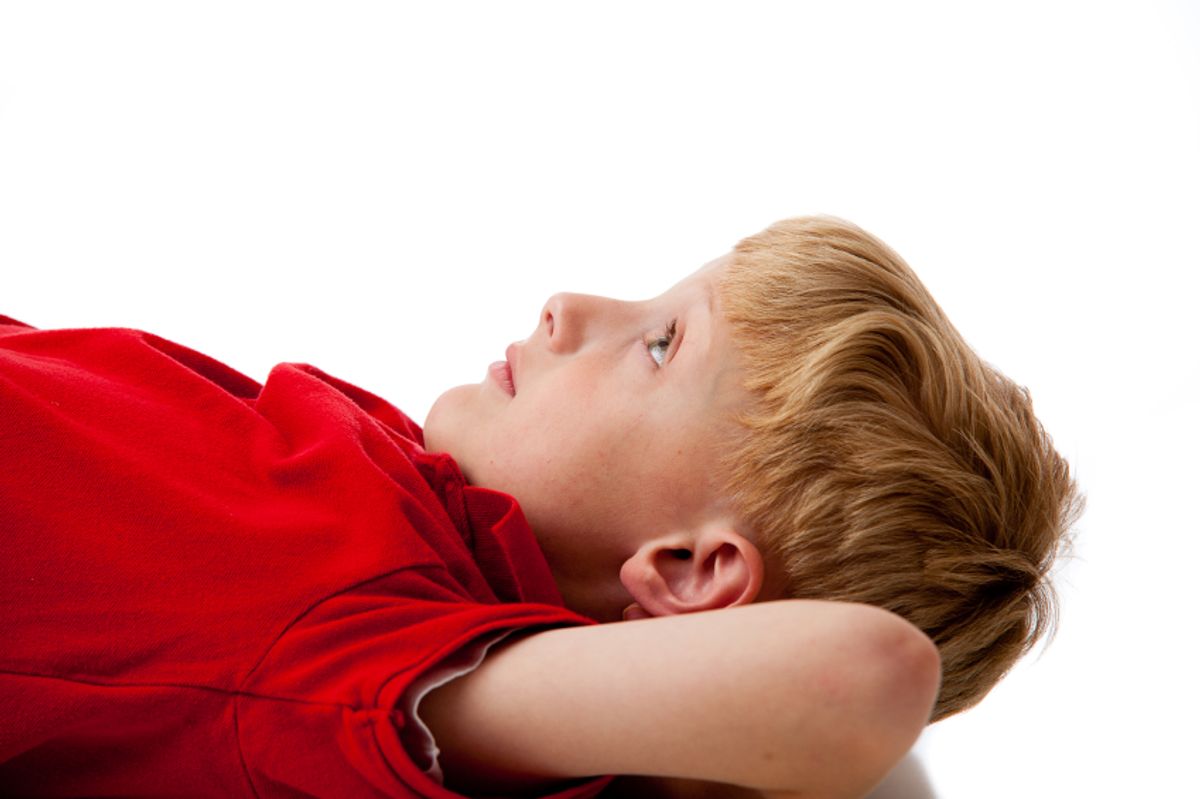 On a recent Sunday morning, I found my son asleep on our big purple couch, his latest Bionicle inches from his nose. He'd clearly been staring at it before he dozed off.

What was he imagining about that fierce, reticulated monster? Did he picture himself doing battle, another armored warrior? Was he contemplating the way the parts fit together?

I have no clue. But when my 8-year-old son creates his very own inner world, a place of solace and inspiration, I know he's developing a crucial life skill. As a writer, I believe this to my bones. I don't know any other way to be.

Yet here's where I question my own biases. My son is also at an age when he parrots the teenagers he knows or sees in exaggerated form in cartoons. He wants an iPhone and an iPod. He wants a GameBoy. He wants to immerse himself in computer games.

All these high-tech toys would put him in his own world, too, a world in which it's easy to avoid the scrutiny of parents. But is this so different from the imaginary worlds inspired by books and daydreaming? Those take you out of adult range, too.

My guy is not getting a PDA or other Internet-connected gizmo in the near future, but I do wonder if I'm wrong to distinguish between their supposed evils and whatever he's imagining when he reads or draws.

This is not just a question about how parents spark kids' imaginations. It's about how much we're willing to let our children spark themselves.

I'm not immune from wanting to understand when my child is furious or unhappily silent. Yet I'm also a firm believer in private daydreaming. If he sits staring into space -- even if he complains "I'm bored!" -- I don't feel it's my duty to entertain him or to script his imaginary play.

My father introduced me to a love of books through his daydreaming example. When he brought me along to the Holmes Used Bookstore in downtown Oakland, Calif., decades ago, I still remember the dusty landings, the tepid light struggling through cobwebbed windows, and my father's head bent over whatever title he'd pulled from the shelves.

He'd be lost in his own world. Yet we'd be companions, too, on parallel journeys through different books. We'd wander through those crammed stacks, my dad letting me buy a title of my own choosing every time.

I didn't like all the ones he suggested. My son doesn't like all my childhood favorites, either. The only way I recently cajoled him into listening to me read "The Adventures of Tom Sawyer," for instance, was by convincing him that it would help him go to sleep.

He’d had a rough night after watching a scary movie and kept waking up. Finally, at 2 a.m., I settled down with him and started reading "Tom Sawyer" out loud. Within a few pages, he was snoring.

It's become something of a family joke, the soporific quality of Tom. Yet, my son has become less sleepy, more intrigued by Twain's colorful dialogue and just what in the world the boring pastor was talking about in church. When Tom loses a front tooth -- just as my son did last week -- my boy's eyes got wide on hearing that Aunt Polly yanked Tom's out.

Suddenly, he was sparked by that small connection between his own experience and that of a fictional character more than a century ago. I couldn't have predicted his tooth would fall out just as we reached that scene. But whatever inspires him, it's that spark in his eye that makes me glad, that makes me think I'm doing my job as a mom.

Does one create the same rich and nuanced language of self with a video game? My knee-jerk answer is no. But my son has already fallen headlong into comic books and cartooning. If I really believe in the power of imagination, then don't I need to trust him to daydream his own way?