In a dramatic move, Harry Reid forces the issue in the Senate -- and falls three votes short 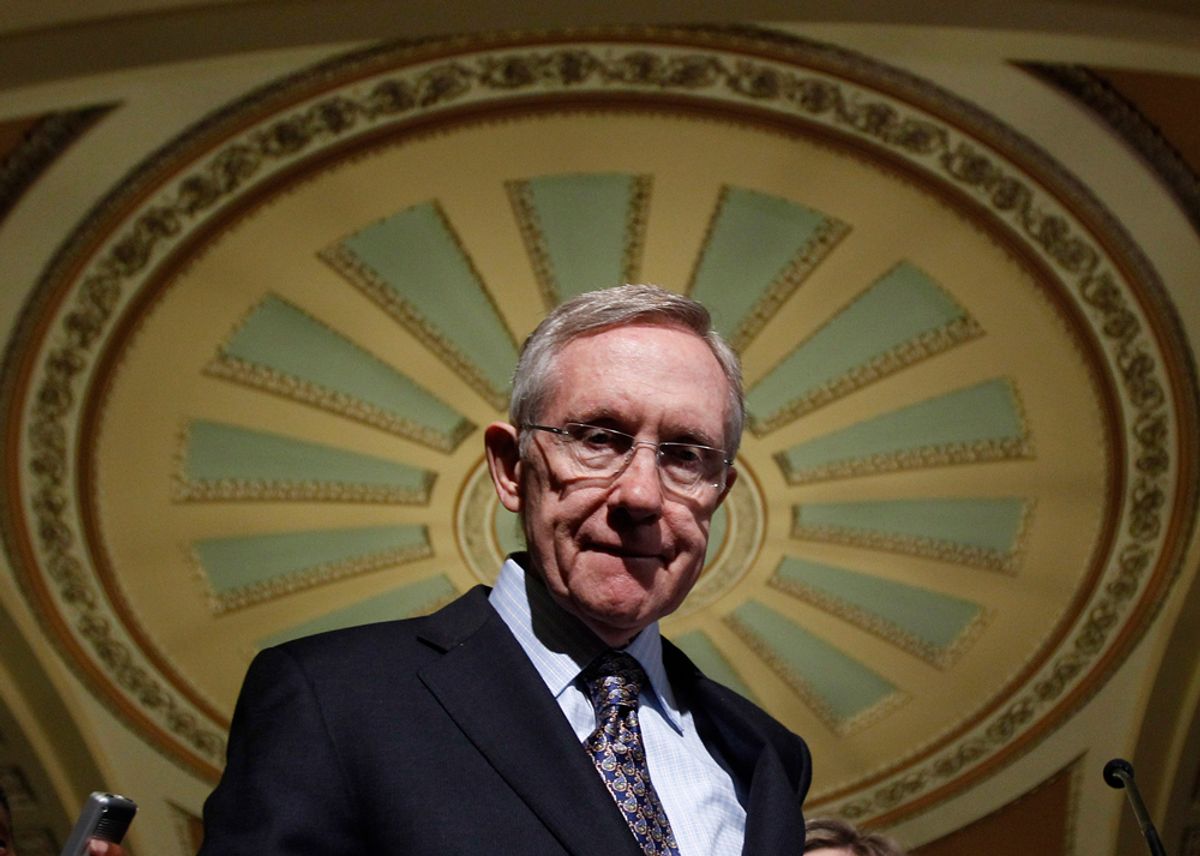 [Updated] It looks like 2010 will end with the "don't ask, don't tell" policy still on the books. On Thursday afternoon, Senate Majority Leader Harry Reid called for a cloture vote on the defense authorization bill, which includes a provision that would repeal DADT. Reid needed 60 votes to break the Republican-led filibuster, but when the roll was called, he was only able to come up with 57 takers.

If you're part of the overwhelming majority of Americans who want DADT ended, you might consider blaming some or all of the following people for today's development:

It's still possible that there will be another DADT vote before the new Congress convenes in January -- there's even some chatter that Democrats will bring the issue back on its own, and not as part of the overall defense bill. But if and when this happens, there'll be even less time left in the session -- and it will be only easier for Collins, Brown, et al. to make excuses for joining McCain's filibuster. And once the clock runs out and the new Republican Congress is sworn in, you can pretty much forget about repeal working its way to the president's desk in 2011 and 2012 -- and maybe well beyond that.

Update: Per Andrew Sullivan, who is monitoring Joe Lieberman's Twitter feed, Collins and Lieberman plan to introduce repeal as a standalone repeal legislation. At least theoretically, this keeps the possibility of repeal alive. If there really are 60 (or 61 0r 62, as Collins claims) senators who want to end DADT, this might make it easier for them to stand as a bloc to prevent time-killing/poison pill amendments from being introduced. We'll see.