Reid may go ahead on "don't ask, don't tell" without Collins 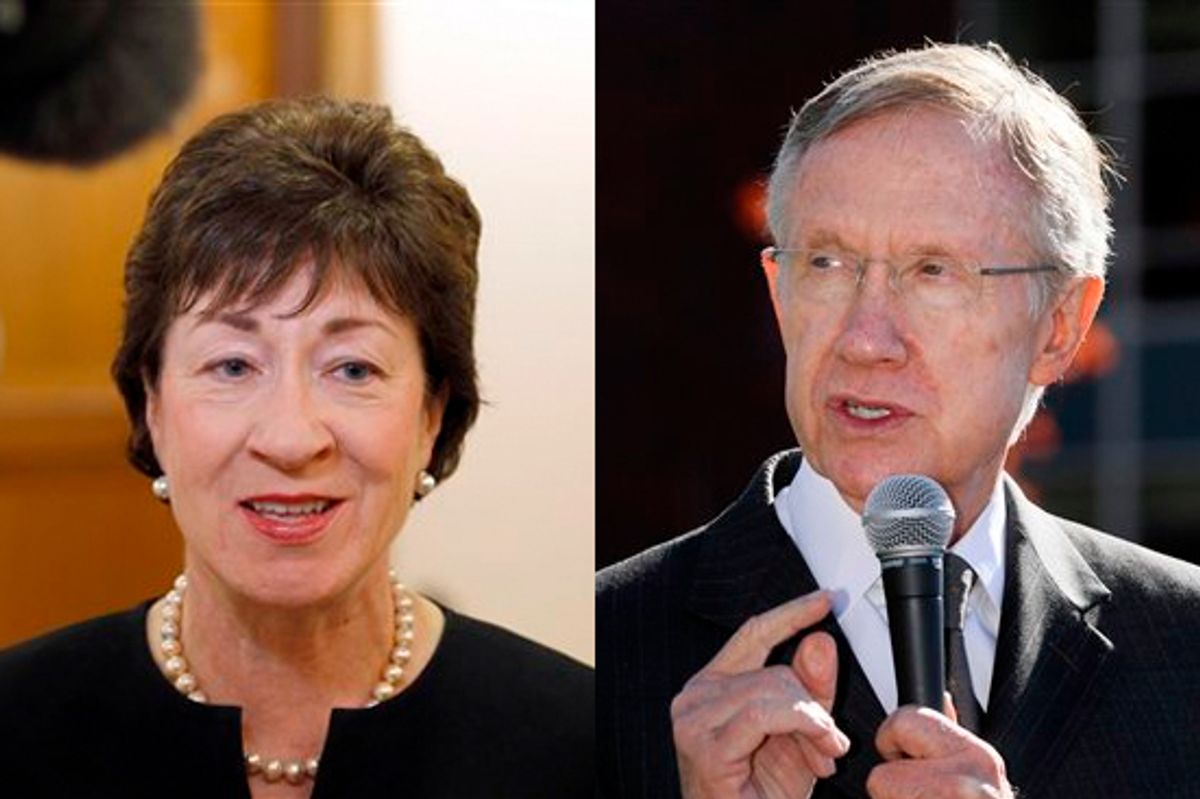 The DREAM Act is probably dead, and now the repeal of "don't ask, don't tell" hangs in the balance. This morning, things looked good. But it all may be falling apart. Or not.

No one seems to know exactly where everyone stands. It looked like Maine Senator Susan Collins agreed to vote for the defense authorization bill in exchange for four days of floor debate and 15 amendments, but Reid might think that's just another delaying tactic. So... Reid may hold a vote today, or this week, in which case Collins will almost certainly vote against it.

Reid might think that Collins' demands are actually impossible to meet, given the time-frame. (Reid might be right, too, even if Joe Lieberman forces everyone to work over Christmas.) And with House Democrats making waves over the Obama tax cut deal, Collins could still "regretfully" torpedo "don't ask, don't tell" even if she is promised everything she wants, because of that pledge to block everything until our richest citizens are properly taken care of.

So if Reid thinks Collins is making impossible demands, he'll hold a vote without her, and it will fail, and I dunno, I guess we can just blame both of them.