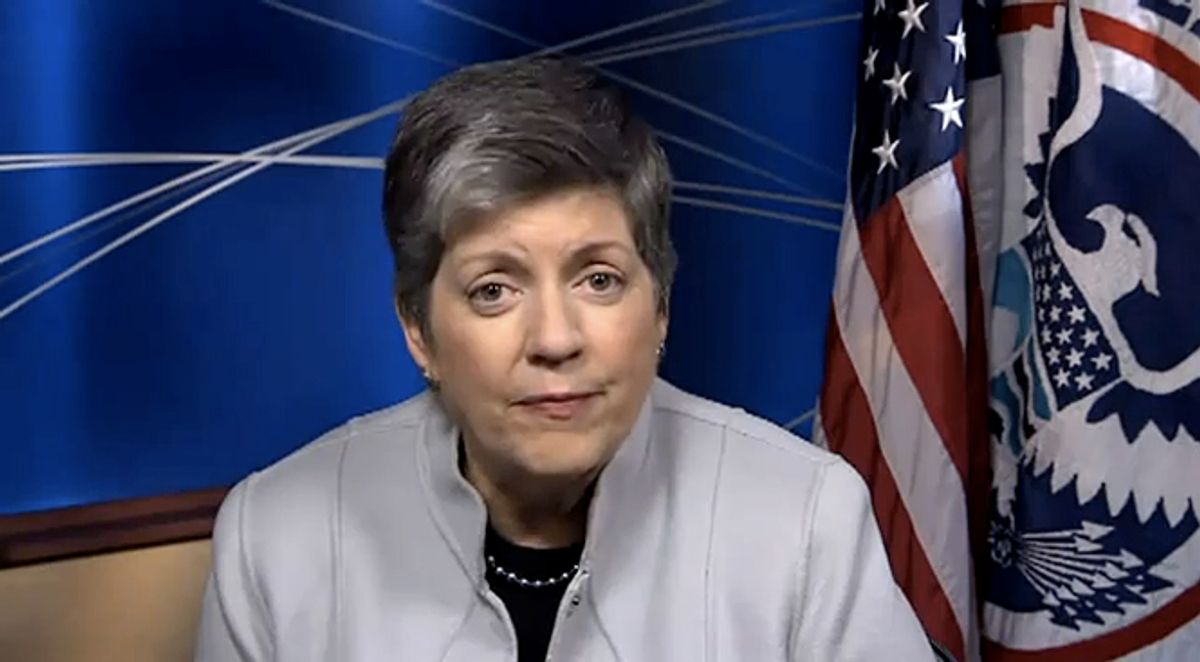 On cue, the Department of Homeland Security is rolling out a security video starring DHS Secretary Janet Napolitano that will be played on a constant loop at checkout counters at hundreds of Walmarts around the country.

Napolitano tells Walmart shoppers to inform the police or a Walmart manger if they see something suspicious "in the parking lot or in the store." This does appear to be a real thing: