The economics of tax-cut fear-mongering 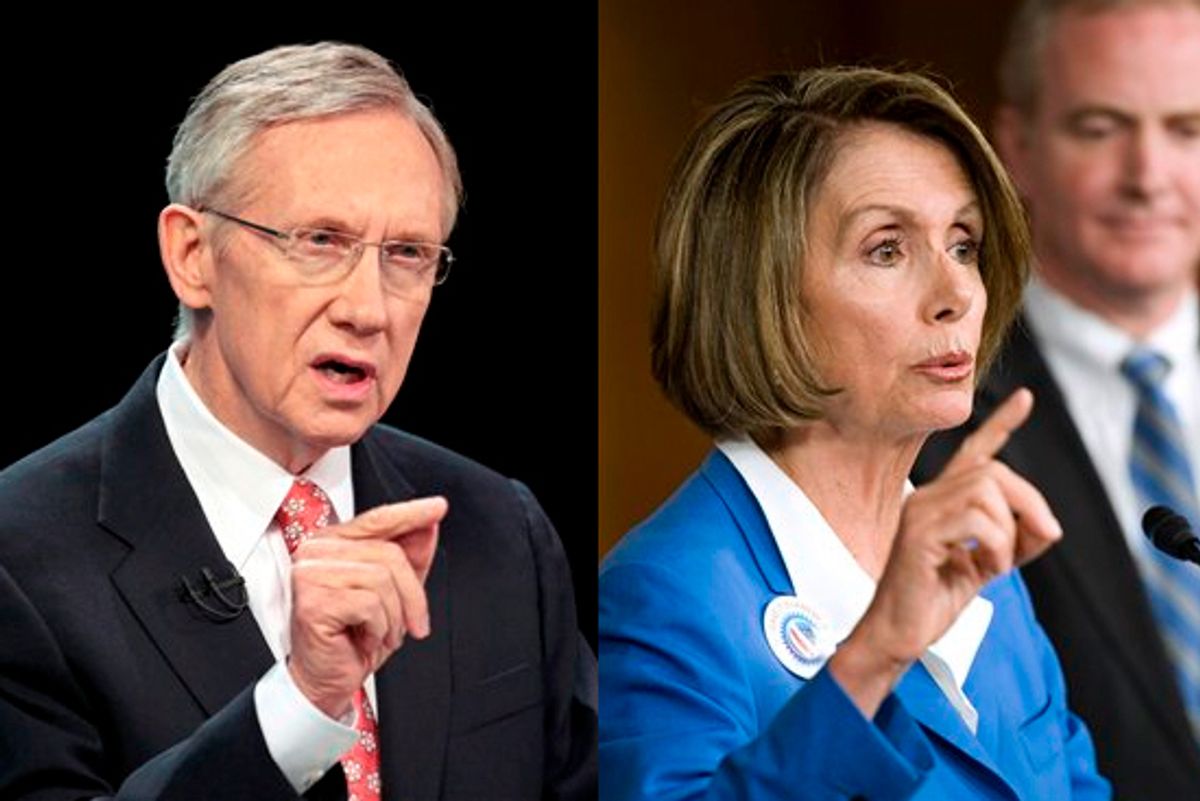 Despite a full-court press from the White House warning that the U.S. might slip into a "double-dip" recession if congressional Democrats reject Obama's tax-cut deal, the House Democratic caucus voted against bringing the package up for a vote on Thursday morning.

Judging the significance of the vote is tricky. According to ABC's Rick Klein, the mastermind of the maneuver, Rep. Peter DeFazio, D.-Ore., the vote rejecting the deal "was nearly unanimous." Speaker of the House Nancy Pelosi declared in a tweet that "we will work to improve [the tax cut deal] before having a floor vote."

However, the vote was non-binding, and if House Republicans fall into line, as expected, Obama doesn't need anything close to a majority of Democrats to pass the bill. Pelosi also stressed that the House won't hold any votes of its own until after the Senate votes. Minutes after Pelosi's tweet, Senate Majority Leader Harry Reid announced that the Senate would vote on a version of the tax cut deal -- presumably loaded up with additional tax cut goodies to sway wavering Senators -- on Thursday night.

So as we await the outcome of feverish horse-trading, it's worth taking a closer look at the White House's prime argument for passing the deal, and passing it now -- that fear of a double-dip recession.

Realistically speaking, a double-dip recession in the U.S. seems less likely now than at any point so far in Obama's term. Today's jobless claim numbers offered additional support for optimism. Last week's claims dropped more than expected and the four-week moving average has now fallen for five straight months, reaching its lowest point since the first week of August 2008. There's even a provocative explanation available from Stephen Gandel at the Curious Capitalist for why last week's government labor report might have been off-base in its distressingly low estimate of job creation for November.

In reality, the retail sector added just over 300,000 new hires in the month of November. But the Labor Department didn't count those hires. That's because the Labor Department's final number of employment is seasonally adjusted. And since the retail sector disproportionately adds more workers this time of the year than the other 10 months, the Labor Department adjusts down the sector's employment numbers in November and December. So retail employment gets over counted in January and February when hiring is slow, and undercounted in November and December. The reason is to smooth the numbers, but it also distorts, particularly at times like these when the economy is hopefully at an inflection point. The result: In the Labor Department's final count, 350,000 retail jobs got excluded. And that may make sense. Many of those jobs are seasonal and temporary. But if the retail sector continues to do well this holiday season, some stores may keep a good number of those employees. If so, November's disappointing job report might be just be setting the economy up for a surprisingly strong employment number for January.

It's possible that the White House is overselling the downside risks to the economy -- although it's still fair to say that if there's no deal at all, a broad-based tax hike for just about everyone would deliver a hefty blow to the chances of sustainable growth. But here's the irony. The economy may already be on its way to recovery, and, if the tax cut deal passes, growth will accelerate even further.  2011 could be the best year for the economy since the onset of the financial crisis.

And, of course, the Republicans will claim that it all started when they won the midterms, and forced Obama to bend to their will on tax cuts. When, in fact, it probably would have happened anyway, if perhaps a bit more slowly.