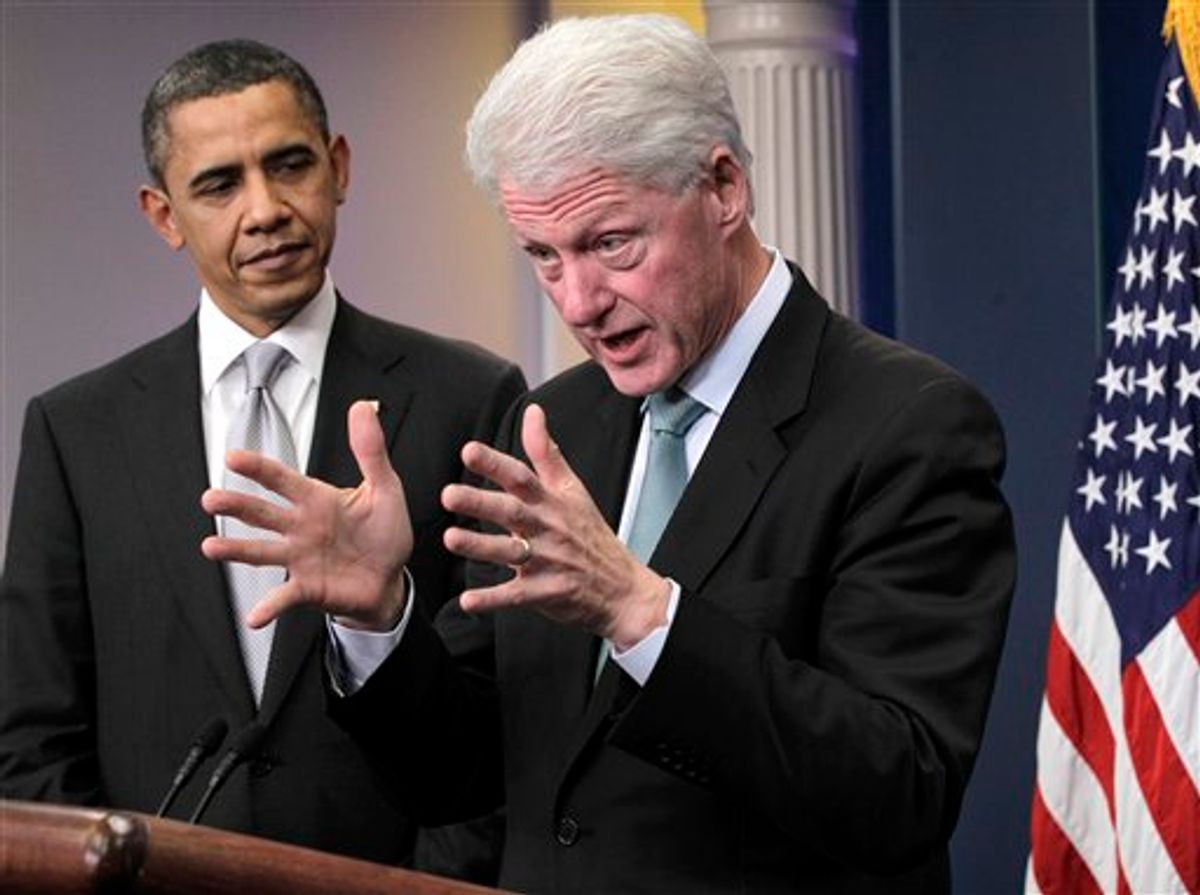 Suddenly, Bill Clinton was the president again, in what was one of the weirdest White House Friday night newsdumps I have ever witnessed. (Of course they announce the bloodless coup when everyone just wants to get to happy hour.) After a closed-door meeting, Presidents Obama and Clinton showed up, unannounced, in the White House briefing room. And then President Obama left, to go to a party. And Bill Clinton took questions for a really long time, I guess because he just loves chatting

Bill Clinton was there to convince liberals that it was OK to love the Obama tax cut compromise (as, meanwhile, Senator Sanders continued his awesome filibuster -- which suddenly got quite a bit less attention from MSNBC and various prominent Twitterers).

So Clinton made the case for the tax deal, while drawing a contrast between Reasonable Democrats and Those Stubborn Republicans -- it was the same case Obama made, but America grows weary of its current president and remembers the former ones much more fondly once they're gone, with a few exceptions.

Then Clinton moved on to endorsing the START treaty, because why not? The whole scene once Obama left sort of surreal -- I think this would've made a much more entertaining last episode of "Lost," for example. (And a current president leaving a former president to brief the press by himself is, as far as I know, unprecedented.) While I'm sure pundits are already drafting columns about how giving Bill control of the podium made Obama look less impressive by comparison, I think this only helps the White House sell the package to Democrats. Novelty alone makes Bill Clinton one of the most effective spokespeople they could've possible chosen.

And, as I already said, he certainly takes the attention off the socialist on C-Span2. But Sanders could still be at it on Monday. In which case... bring out H.W. Bush?