Inside the shrinking trade deficit: Soybeans for laptops

U.S. exports surge, surprising economists. But exactly what are we sending to China? 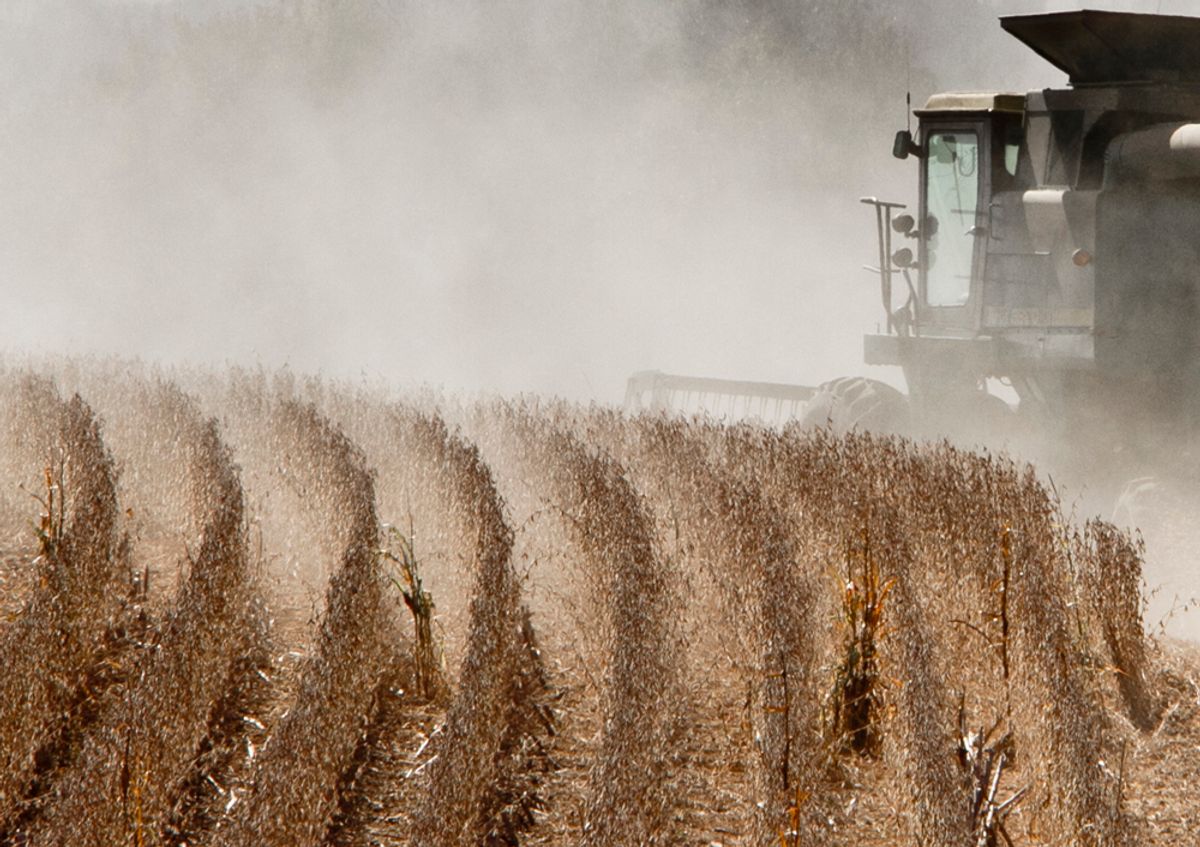 FILE - In this Oct. 6, 2010 file photo, soy beans are harvested near Walton, Neb. Republicans might take control of Congress as they ride a wave of voter anger over deficit spending and big government, but experts who follow agriculture say they don't expect deep cuts in subsidies to farmers who grow crops such as corn and soybeans. (AP Photo/Nati Harnik) (Nati Harnik)
--

While parsing the economic statistics over the last month or so, the words "August 2008" keep popping up. As in "X reached its highest point since August 2008." The significance, naturally,  being that the most acute stage of the financial crisis occurred in September 2008. Today's entry: U.S. exports.

U.S. exports increased 3.2 percent to $158.7 billion in October 2010, reaching a two-year high. As a result, the overall trade deficit fell sharply, by 13 percent. Since the trade balance is a key component in the calculation of GDP, the new numbers will likely lead to boosted growth forecasts for the fourth quarter.

The politically volatile U.S. trade gap with China also narrowed, to $25.5 billion from $27.8 billion. Chinese imports are surging, an encouraging sign for those hoping to see China's economy shift away from its dependence on exports toward increased domestic consumption. U.S. exports to China in October hit an all-time of $9.30 billion.

We don't yet have data on the exact composition of the burgeoning exports to China in October, but the best guess is that the U.S. is selling lots and lots of soybeans. Over the first five months of 2010, soybeans accounted for almost 10 percent of U.S. exports to China -- by far the largest component. (Next on the list: aircraft.)

In contrast, the No. 1 export category from China to the U.S. during that same period was "laptop and notebook computers" -- about 9 percent. Of course, a great majority of those computers generally incorporate microprocessors made in the U.S., but the dichotomy is still striking. We send China soybeans, and get iPads in return.