Slide show: In the wake of "The Tempest," we look at the must-see movie adaptations of the Bard's best-known plays 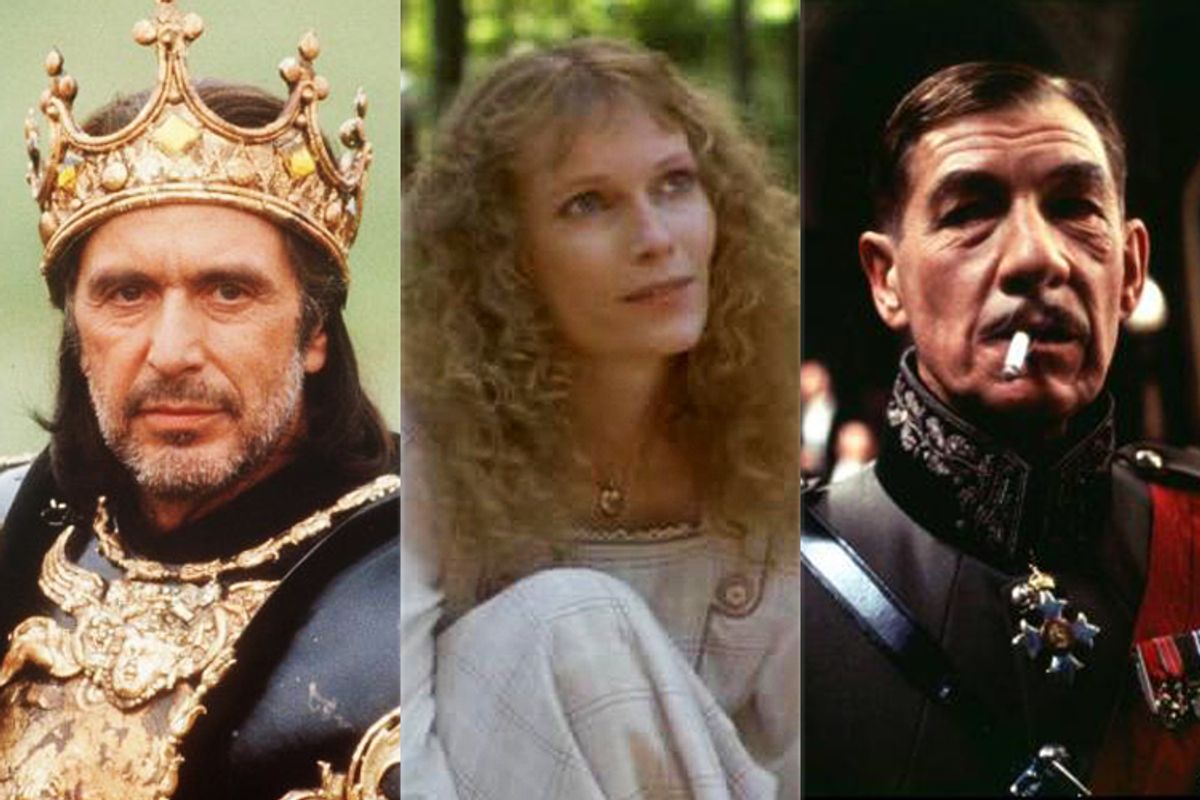 "The girls today in society Go for classical poetry, So to win their hearts one must quote with ease Aeschylus and Euripides. But the poet of them all Who will start 'em simply ravin' Is the poet people call The bard of Stratford-on-Avon." -- "Brush Up on Your Shakespeare," from "Kiss Me, Kate."

In honor of the release of what must be the 265 millionth adaptation of a Shakespeare play, Julie Taymor's version of "The Tempest," we've put together a list of memorable Shakespeare adaptations for film and television. Because the playwright is infinitely adaptable, we've divided each slide into two categories: "Traditional" and "Wild Card." The former refers to an adaptation that sticks somewhat close to the original story, characterizations and language (although the setting might have been changed or "updated"). "Wild Card" refers to an adaptation that takes a particular Shakespeare play as a jumping-off point, then does its own thing.

If we've omitted any obvious candidates -- or neglected major Shakespeare plays that you believe have been filmed in enough varied ways to have merited their own slide -- tell us in the comments. And rest assured that the author will cop to any grievous error of judgment or fact. "Oftentimes excusing of a fault doth make the fault the worse by the excuse."  -- William Shakespeare, "King John."