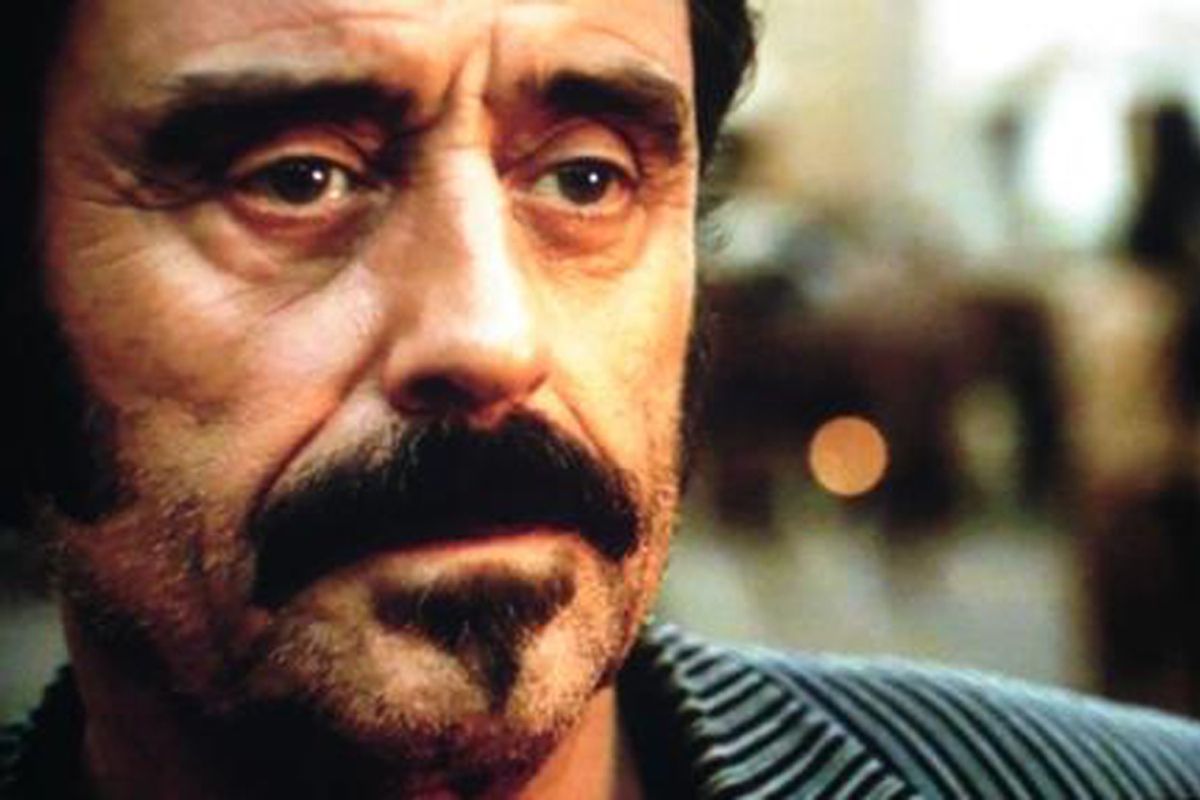 The demise of "Deadwood" is still depressing. The western drama's abrupt end after just three seasons -- following a bullheaded royalties dispute between HBO and co-producer Paramount -- was one of the most surprising and bizarre injustices in TV history. Series get canceled all the time -- sometimes early in their runs, because they weren't generating big enough ratings to please the network, and sometimes very late, after years of financial and critical success (and creative wheel-spinning). The case of "Deadwood" was unique, and uniquely depressing. Its plug was pulled when it was one of HBO's top-rated dramas and a critical darling with a lively, engaged fan base. There was talk that the show might finish out its projected five-year run with a couple of TV movies, but it never amounted to anything. And after a few months, with the show's immense cast dispersed and the sets torn down, it soon became clear that this was a fantasy that would never come true. "Deadwood" was dead, and it was never coming back.

But with the release of the complete series on Blu-ray, fans can experience the next best thing to new episodes: the chance to see the whole thing again through fresh eyes.

Granted, this is what Blu-ray boosters claim the format does for everything: movies, concerts, sporting events, nature footage, you name it. And to greater or lesser degrees, the boosters are always right; you do see more detail on Blu-ray, along with finer gradations of light, shadow and color. But TV shows with high production values such as "Deadwood" are in a unique, and in many ways more thrilling, class; watching them in high-definition is not like rewatching a feature film that you originally saw on a big screen -- a restoration of detail, a return to an ideal, original state. No, this is akin to getting a chance to stand close to a huge, elaborate mural that had previously been seen only in photographs, and admire the texture of the paint and the precision of the brushwork.

This is definitely the case with "Deadwood." The series was carefully lit, shot on 35mm film, and funded by one of the more generous budgets in TV history. Milch's set-builders, costumers and set decorators invested the title locale with more detail than the pixelated murk of regular TV could reveal. Blu-ray lets you appreciate tactile nuances of clothing, architecture and skin that once were submerged in electronic broth. The fine brushwork was always there. We just couldn't see it.

But it's not the details themselves that are revelatory. It's what the details tell you about the show -- and the mentality of the people who made it. "Deadwood" on Blu-ray does more than amp up the show's imagery. It burns away lingering misconceptions and distracting side issues and gives us a better sense of what the show truly was, and why it was great.

From its 2004 debut through its sudden 2006 cancellation, "Deadwood" earned praise for creator and head writer David Milch's musically elaborate dialogue and for its intense and colorful performances. But the series also drew barbs for its faithfulness to history (it stuck closer to the record than most period dramas while reserving the right to invent whatever it pleased), and for the veracity of its language. Some linguists pointed out that 1880s Americans did not use the F-word as often, or in as many grammatical variations, as characters on Milch's show; Milch replied that he'd thought about having the characters swear in period, using religious oaths instead of secular curses, but decided against it, because to modern, secular ears, 19th-century blasphemy sounds more quaint than shocking. (If the characters used period-accurate swear words, Milch told one interviewer, "They'd all wind up sounding like Yosemite Sam.")

These complaints always seemed off-point. But when you're looking at "Deadwood" in Blu-ray they seem downright irrelevant, like noting that Sergio Leone's version of the Old West bears little relation to the real thing, or that 1950s Hoboken dockworkers didn't sound like the characters in "On the Waterfront," or that mid-century Europe wasn't the soul-dead, depopulated urban wasteland depicted in Michelangelo Antonioni's existential dramas, or that "Apocalypto" misrepresents ancient Atzec culture. Like all those works, "Deadwood" is mainly a record of the contents of its creator's imagination. What you're seeing bears a certain kinship to fact, but it isn't meant to correspond precisely to anything that happened or anything that anyone said.

Milch was interested in history as a narrative infrastructure, something to enclose and support tales that could have been enacted by ancients in robes and masks. When Milch first approached HBO with an idea for an epic series about the birth and evolution of a community, it was set in ancient Rome; when HBO informed him that they had just ordered a show titled "Rome," Milch revised the concept and set it in 1880s South Dakota. If the cable channel had balked again, Milch might have transposed the series to medieval England or 1940s Tijuana or on the planet Noo-Noo. Whatever the final form, the series still would been "Deadwood": an ensemble drama about the relationship between individuals and society, with dialogue that sounded like an R-rated libretto minus the music, and situations that played out in a stylized space that evoked an immense, three-dimensional stage set -- a theater-in-the-round through which the viewer could wander, privileged and invisible, like the angels in "Wings of Desire." (At the end of Season 1, Sheriff Seth Bullock and the widow Alma Garrett regard each other through second-story windows on opposite sides of Deadwood's main thoroughfare; the direction alternates point-of-view shots gliding toward the characters from a camera that seems to be floating in the air above the street.)

Seen in high-definition format, the program doesn't look like "McCabe and Mrs. Miller" anymore, or "The Long Riders, or "Tombstone." It looks like "Deadwood" -- its own thing; sui generis. What's on-screen seems more figurative, more mythological, than it ever has before. The production design doesn't have the "good enough for government work" mentality of most TV shows that were made before high-definition became the industry standard. It's not offering a world that looks plausibly convincing on a low-resolution TV but reveals itself as a cheap morass of balsa wood and polyester when viewed in high-def; it's packed with detail, more than the eye can take in at first: the layering of objects, pieces of architecture, and human bodies from foreground to background is dense, exact and purposeful. Yet it's not, strictly speaking, "realistic." Nothing on-screen suggests the foggy, tactile grubbiness of previous bustling, unglamorous, town-based westerns to which "Deadwood" has often been compared. Even when costumes are spattered with mud, they're still crisp and bright like duds in a Technicolor musical, and the hairstyles and grooming push the characters even further toward stylization. The citizens of Deadwood don't suggest Matthew Brady photo subjects but caricatures by a 19th-century newspaper editorial cartoonist, or pen-and-ink illustrations of Charles Dickens characters. The show isn't trying to be lifelike, but sharper, purer and more elemental than life.

The visual approach complements Milch's dialogue, which doesn't sound like anything ever uttered by any living human, past or present -- and I mean that as praise. Contemplating a preemptive strike against an enemy, gangster Al Swearengen tells a henchman: "Believe me, even now in the forest the blade would be between my teeth -- me and you making our way stealthily forward. And as to us and him, if blood's what it finally comes to, 100 years from now the forest is what they'll find here. Dewy morning's lost its appeal for me. I prefer to wake indoors." This is theatrical, not "naturalistic," dialogue, and it's staged and delivered with theatrical flair -- passionately, paying maximum attention to the rhythm of sentences, savoring the sound of words. Seasons covered just a few days or a couple of weeks, and it wasn't uncommon to see two-parters covering events in one 24-hour period (Aristotle's preferred unit of dramatic time). Individual scenes were often blocked like scenes in a play, starting with a single character standing alone in contemplation, then adding more and more characters as the scene progressed, then having the characters exit one-by-one, the sole survivor's exit marked by a shot of a door being slammed shut.

Milch jazzed up long monologues by having characters deliver them while engaged in some bizarre or disquieting activity: talking to livestock, addressing a severed head inside a box, getting a blow job from a prostitute, receiving a medical exam. Scenes and settings were often conceived in theatrical terms, with symbolically loaded props and gestures whose exact meaning and purpose were left up to the viewer: the gold magnate George Hearst knocking a hole through the wall of a second-floor hotel room to gain easy access to a balcony; Swearengen's henchman Dan Dority defeating Hearst's bodyguard in a nasty fistfight and then administering a coup de grâce with a stick of firewood, like one caveman bashing another with a club.

The theatrical nature of "Deadwood" is easier to see, understand and accept in the new format. The sharp images eliminate any sense that the show's ostentatious dialogue is at odds with the time period and setting. No, people didn't really talk like that back then -- in flowing sentences of Faulknerian length, packed with clauses and subclauses. But they didn't talk the way they talk in "Don Quixote" or "The Canterbury Tales," either. What you see on-screen when you're watching "Deadwood" is splendid, sometimes horrifying, often beautiful, but no more "real" than a moment from "A Midsummer Night's Dream," "Who's Afraid of Virginia Woolf" or "Edmond." As Harold Pinter once said, "I can sum up none of my plays. I can describe none of them, except to say: That is what happened. That is what they said. That is what they did."