Tax cut deal: All over but the shouting 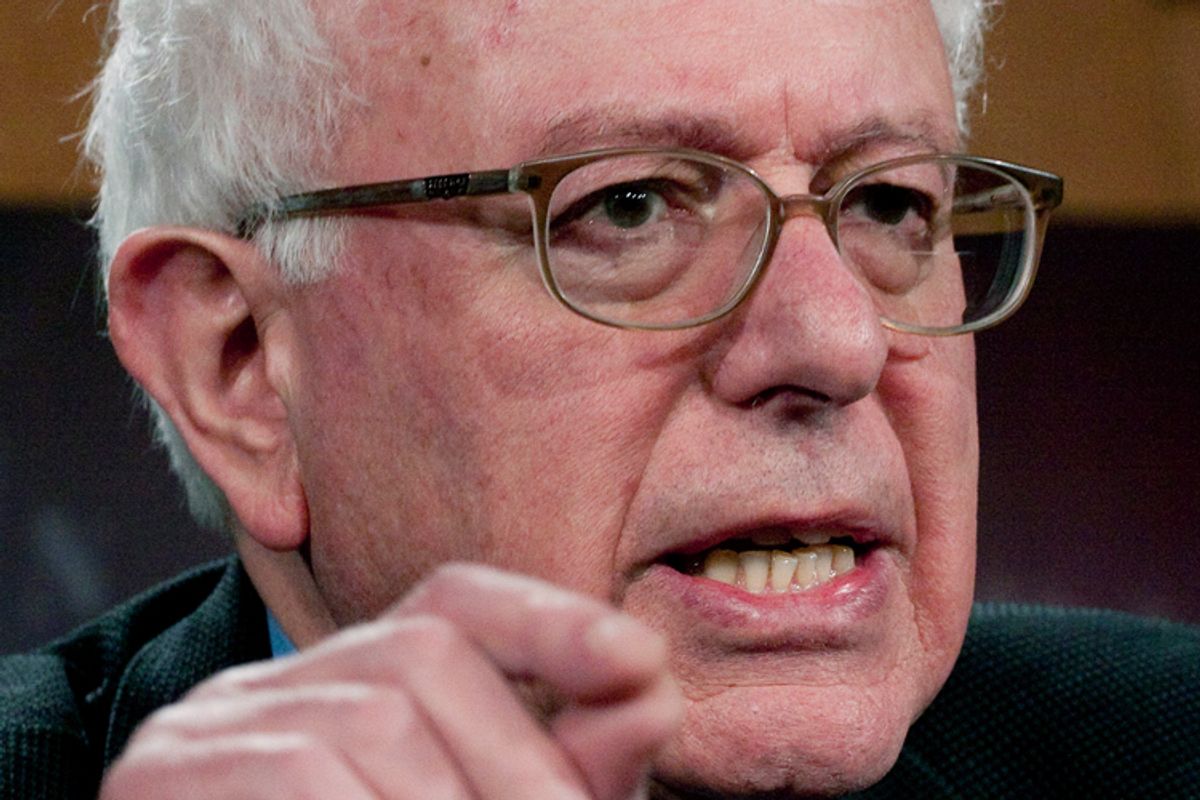 If the memory of Bernie Sanders' marvelous nine-hour peroration on Friday on the economic decline and fall of a great nation is still reverberating in your head, then you probably don't want to watch Obama economic advisor Austan Goolsbee's four-minute markers-on-whiteboard YouTube defense of the deal.

In September, Goolsbee's series of quick-and-dirty economic sound bites got off to a well-received-in-the-blogosphere start with an explanation of why the Obama administration wanted to end the Bush tax cuts for the wealthy. But now, after a collective failure of will by both the White House and congressional Democrats failed to even schedule a vote on tax cuts before the election, Goolsbee has been reduced to the pathetic claim that the White House triumphed over Republicans in the tax cut deal negotiations by, basically, getting more-and-better tax cuts than did the GOP.

This claim is efficiently dismantled and destroyed by James Kwak at the Baseline Scenario and Mike Konczal at Rortybomb. Basically, any argument that Democrats "win" by getting Republicans to agree to tax cuts is dead on arrival. They love tax cuts -- the more the better! But it's the weakest bang-for-the-buck form of stimulus possible and it sets up a future in which devastating spending cuts are inevitable, because even though Goolsbee stresses the "temporary" nature of many of the new tax cuts, we know all too well what that word means in 21st century Washington.

But give Goolsbee some credit for making the best of a bad situation. By every congressional tea leaf reading, the tax cut deal is done. House Democrats are still squawking, but (judging by accommodative comments made by House leaders over the weekend) passage by the end of this week seems a fait accompli. Goolsbee's observation that "Republican intransigence in Congress" is an unavoidable fact of life is hard to argue with, and it is just barely possible to agree with his assertion that "at a time when most people thought we weren't going to be able to do virtually anything to get the economy growing" the White House did put a package together that could stimulate growth.

And it's also worth acknowledging the fundamental weakness underlying the Democratic position. The Senate may pass the tax deal with as many as 70 votes on Tuesday. Even if the House does find the gonads to reject it, the next House will quickly pass a new bill -- which could even be worse -- and the Senate will undoubtedly approve it. When your only opportunity is to prevent a horrible outcome later with a bad outcome today, your leverage is weak. And sad to say, despite the social media sensation unleashed by Sen. Sanders on Friday, it's fair to ask what was accomplished.

Stan Collender, at Capital Gains and Games, minces no words: