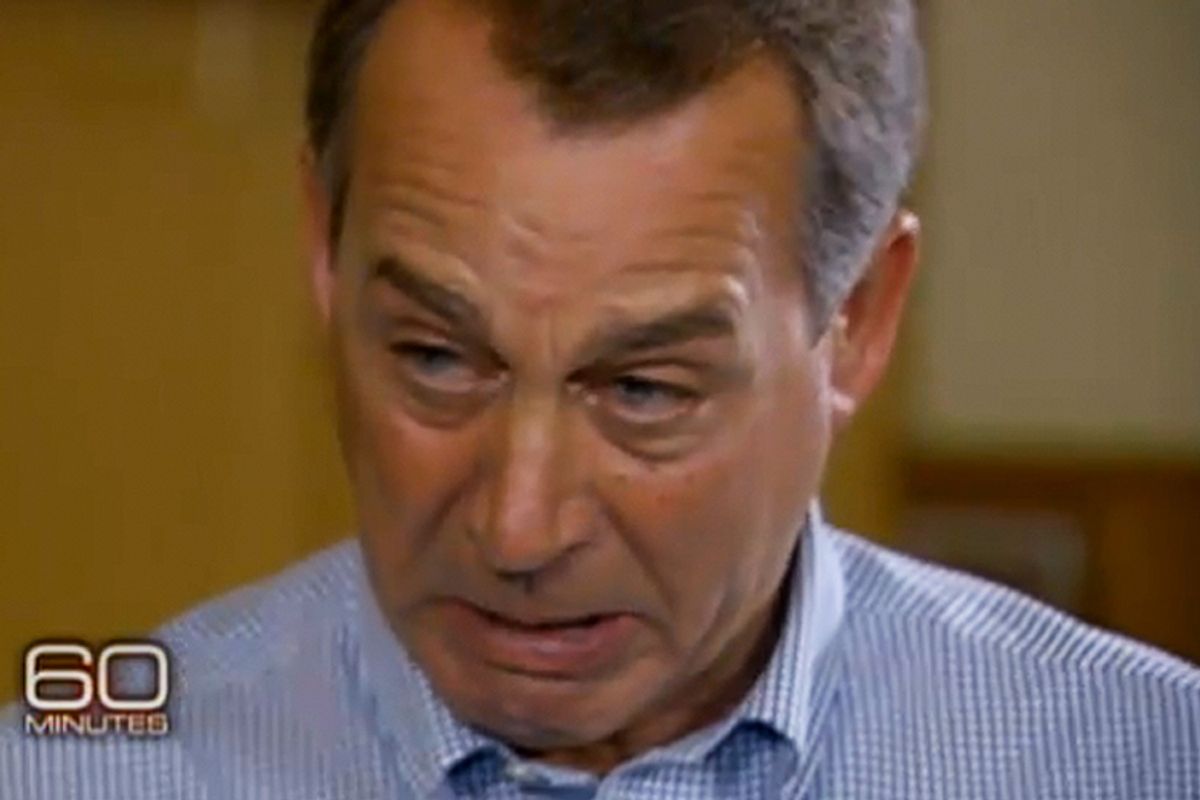 Last night, after football except on the West Coast, "60 Minutes" profiled John Boehner, the next speaker of the House and the most sensitive man in America.

We watched a clip of Boehner crying, then Boehner cried again when Leslie Stahl asked him about crying. Stahl took him to the bar he used to work at as a child. She didn't mention the apartment Boehner rented (still rents?) from a lobbyist who represented the restaurant industry and lobbied Republicans to oppose minimum wage increases.

And oddly, the name "Jack Abramoff" never came up once! (I know, that was like a billion years ago, we can't expect our journalists to still care.)

The man who heroically hand-delivered money from tobacco lobbyists to Republican members on the floor of the house is presented as a sensitive family man. Stahl presses him on golf and tanning and "compromising" on the Bush tax cuts, but doesn't mention anything about the interest he actually represents. (Like Sallie Mae, for example.) Not every interview has to have a contentious gotcha moment, but viewers have absolutely no idea what sort of politician Bohener is without any mention of the fact that Boehner's been part of the House Republican leadership for years -- not just since the last election -- and the House Republican leadership has been captured not by the Tea Parties but by lobbyist dollars.

And, honestly, this is just weird:

Boehner: I was talking, trying to talk about the fact that I've been chasing the American Dream my whole career. There's some things that are very difficult to talk about. Family. Kids. I can't go to a school anymore. I used to go to a lot of schools. And you see all these little kids running around. Can't talk about it.

Boehner: Making sure that these kids have a shot at the American Dream, like I did. It's important.

John Boehner cannot hang out at schools anymore, like he used to. Ok!