Transparency is apparently not one of the values of the new centrist group "No Labels," which has raised $1 million 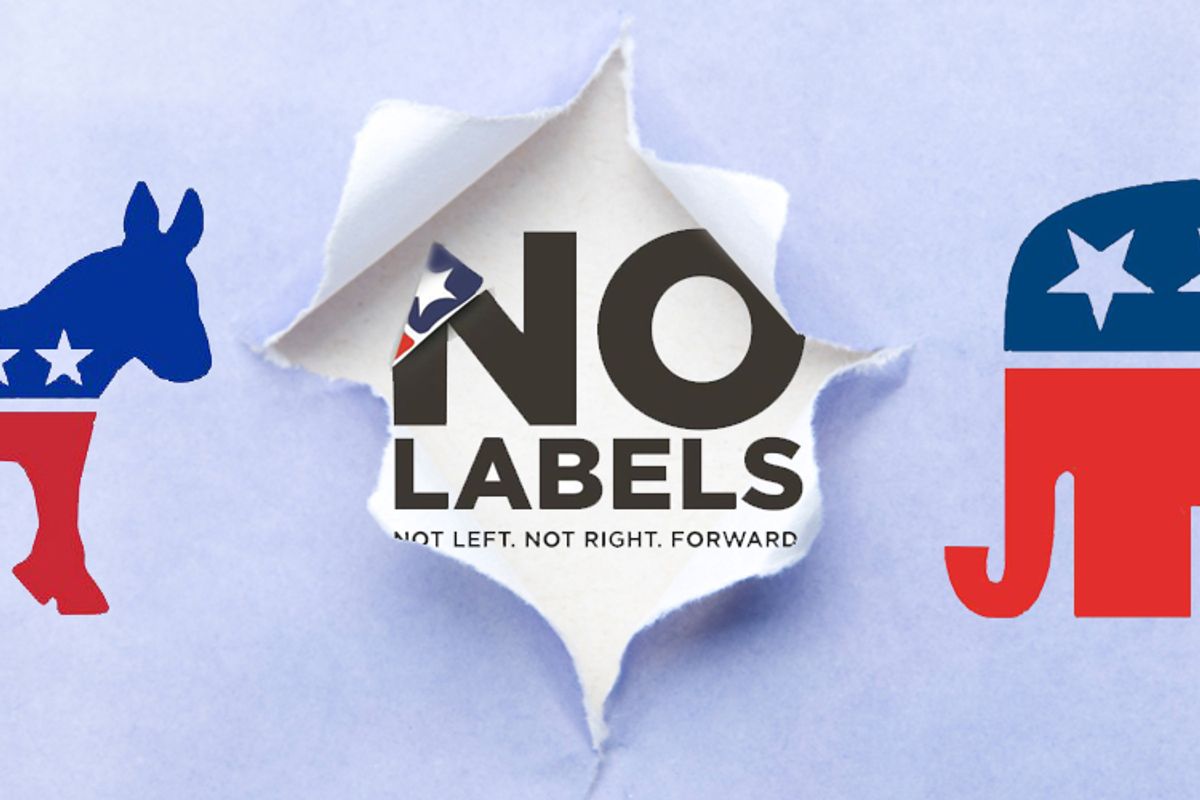 No Labels, the new centrist pro-"common sense" advocacy group that launched at a high-profile New York conference today, will not be revealing to the public who is putting up the money for the effort.

Salon asked No Labels spokesman Adam Segal if the nonprofit group, which has reportedly raised at least $1 million so far, would reveal the sources of its funding now or in the future. Segal declined to comment on the record. That $1 million has already paid for the big conference at Columbia today, a flashy website, a new logo, and a P.R. guy. The Wall Street Journal did report the names of three wealthy donors last month (more on this below), but it's unknown how much they gave and who else is involved.

No Labels is organized as a 501(c)(4), which means that it is not legally required to release the identities of donors. You may remember that designation from the midterm elections, when similarly organized groups spent millions of anonymously donated dollars on campaign ads. There is no sign that No Labels is going to be running ads (though there is talk by one of the group's leaders about creating a separate PAC to get involved in financially supporting candidates.)

In any case, it still matters where the money is coming from: No Labels exists to do political advocacy, even if the form that advocacy will take is not yet clear. The group is the opposite of a grass-roots operation; its co-founders include the columnist and former Rudy Giuliani speechwriter John Avlon, former McCain campaign advisor Mark McKinnon, and Democratic fundraiser Nancy Jacobson (the wife of Clinton pollster Mark Penn).

The Wall Street Journal reported last month that seed donors to No Labels include Loews Corp. co-chair Andrew Tisch, Panera Bread founder Ron Shaich, and ex-Facebook executive Dave Morin. Based on previous comments in the press, Shaich appears to be a pro-corporate Democrat. Ditto for Tisch, a former tobacco executive who has given money to Sens. Joe Lieberman, Evan Bayh, and Kirsten Gillibrand over the years. It's not clear where Morin, a young Silicon Valley investor, is coming from politically.

We don't know how much money each of those donors kicked in, nor how many other donors there are. Nor will we going forward, apparently. It's also worth noting that a blog post currently featured on No Labels' website calls for full disclosure from individuals and groups that pay for political ads.

No Labels says it intends to strengthen the "mainstream," while persistently refusing to define what the mainstream is. Transparency, though, is not a part of the No Labels vision.