One of the WikiLeaks founder's attorneys tells Salon there is no concrete evidence of a U.S. grand jury in the case 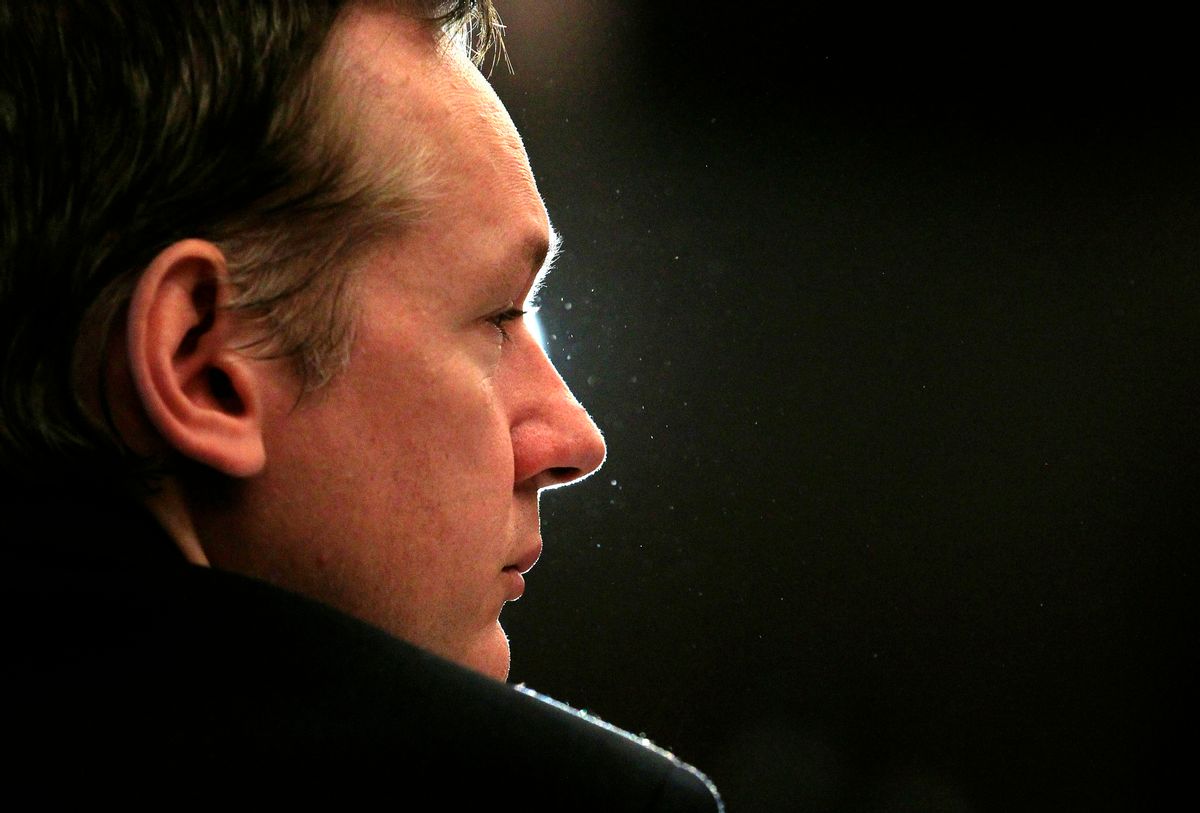 Wikileaks founder Julian Assange listens during a news conference in London in this October 23, 2010 file photo. WikiLeaks founder Julian Assange, arrested in Britain on Swedish allegations of sex crimes, was freed on bail by a British court on December 14, 2010. The 39-year-old Australian, whose website has provoked U.S. fury by publishing some of a trove of 250,000 classified U.S. diplomatic papers, was accused this year of sexual misconduct by two female Swedish WikiLeaks volunteers during a stay in Sweden. REUTERS/Luke MacGregor/Files (BRITAIN - Tags: MEDIA POLITICS SOCIETY) (Reuters)
--

One of Julian Assange's attorneys tells Salon that the possibility that a secret grand jury is meeting in Virginia to consider charges against the WikiLeaks founder is "purely speculation" that has not been substantiated by his legal team.

"We haven't heard anything specific. It's only rumors," said Attorney Jennifer Robinson of the London firm Finers Stephens Innocent. "We do not have any concrete information about that."

Mark Stephens, an attorney at the same firm and another member of Assange's legal team, told Al Jazeera over the weekend: "We have heard from Swedish authorities there has been a secretly empaneled grand jury in Alexandria."

But Robinson's comments today make it clear that Assange's legal team has not been able to confirm the existence of a grand jury. If one has been empaneled, it would mark an escalation in the Obama administration's war on WikiLeaks.

The Justice Department has so far not publicly come up with a convincing theory of a law broken by Assange in the case -- though various Obama officials have asserted that WikiLeaks has committed a crime. Robinson stressed that "there are no grounds on which to prosecute him" and that "any prosecution of him would be clearly unconstitutional."

Assange was granted bail today, but Swedish prosecutors pursuing him in an alleged sex crime case are appealing.