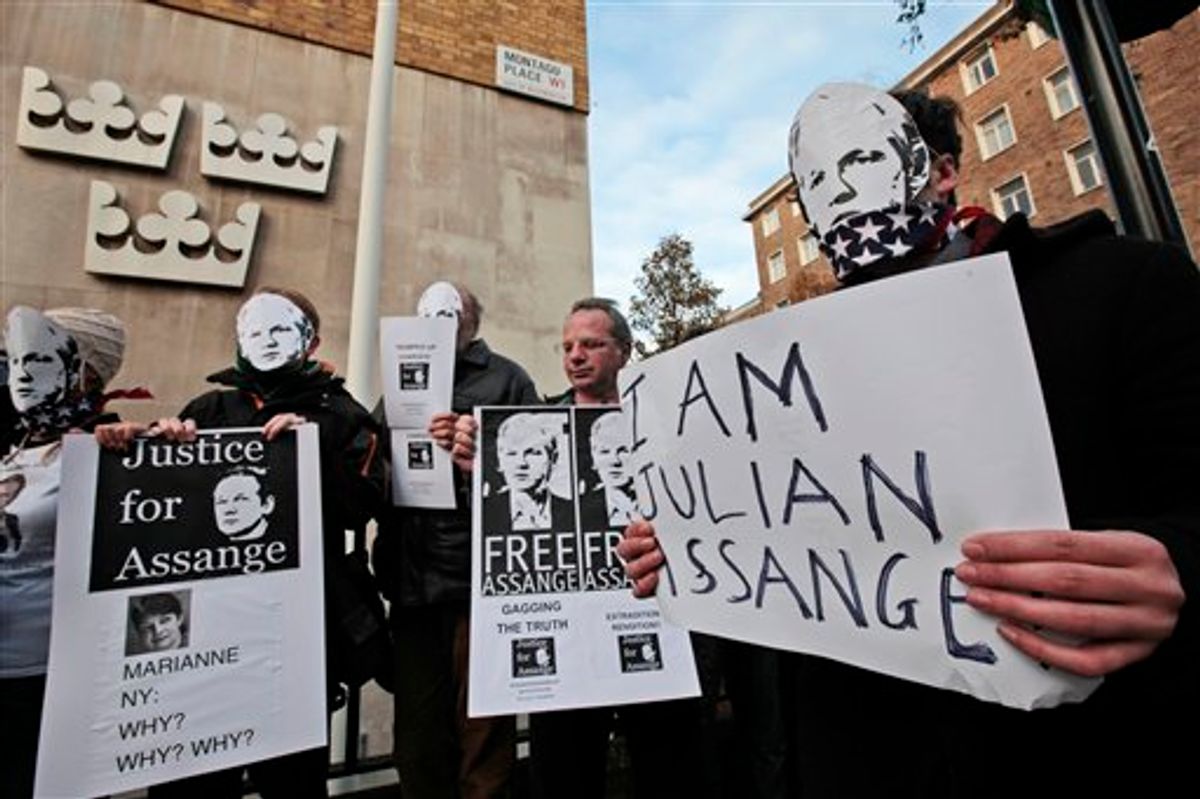 Supporters of WikiLeaks founder Julian Assange, some wearing masks depicting him and holding placards participate at a demonstration outside the Swedish Embassy In central London, Monday, Dec. 13, 2010. Assange remains in a U.K. jail ahead of a Dec. 14 hearing where he plans to fight Sweden's request to extradite him to face sex crimes allegations there. Marianne Ny, named on poster, is the Swedish Director of Public Prosecution. (AP Photo/Lefteris Pitarakis) (AP)
--

The mother of Julian Assange has released a statement from the WikiLeaks founder after she visited him in prison this week. In it, Assange goes after the companies that cut off service to WikiLeaks after it became the target of threats from the Obama administration:

My convictions are unfaltering. I remain true to the ideals I have expressed. This circumstance shall not shake them. If anything this process has increased my determination that they are true and correct.

We now know that Visa, MasterCard, PayPal and others are instruments of U.S. foreign policy. It’s not something we knew before. I am calling for the world to protect my work and my people from these illegal and immoral attacks.

Assange is appearing in court in London today for a bail-related hearing. Finally, here's an interview Christine Assange did with Australian television (via the Times' Lede blog):