You can keep your wine. Here in coal country, we mull liquor, and it goes from rough to smooth in no time flat 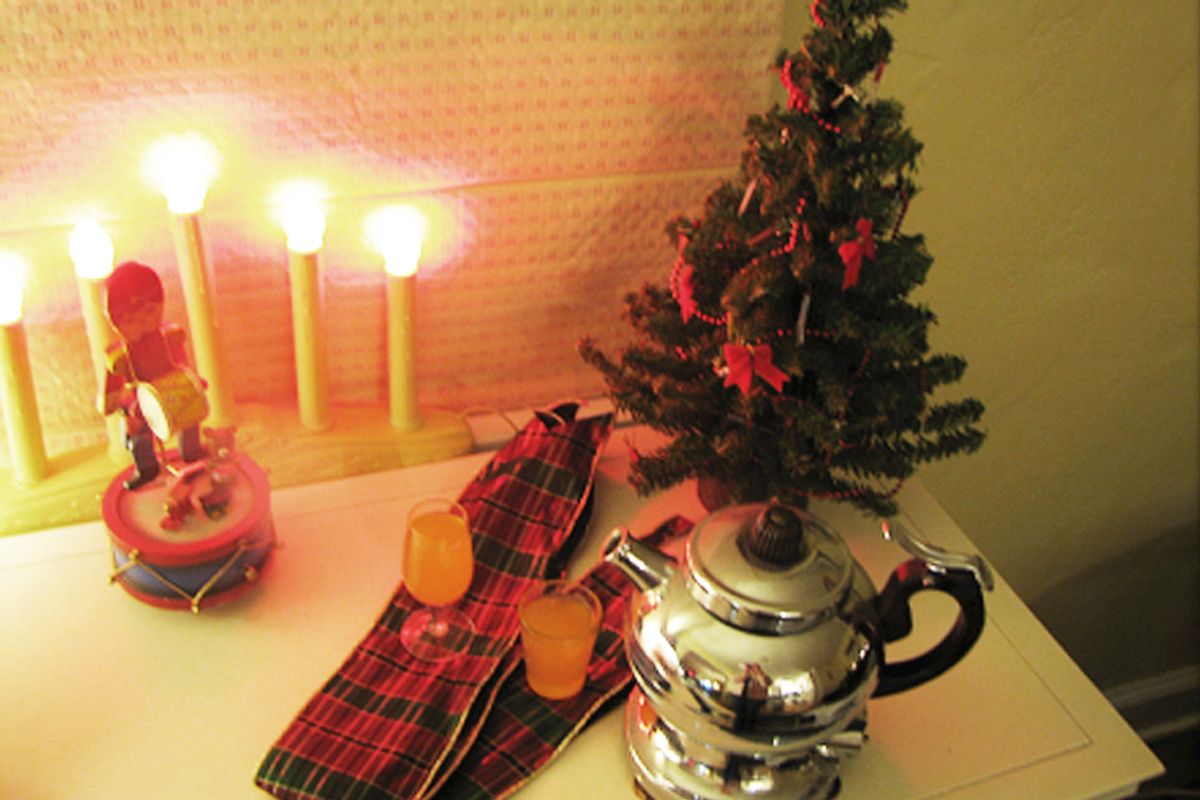 There has never been a drink that starts out so rough and ends up so smooth. You can expect an alcohol shiver with the first sip, but each subsequent nip is an even glide toward an amiable contentment. And unlike any other drink I have ever had, it gets more delicious with each taste. I've never had a hangover from Boilo, just a sort of memory loss. You will need a designated driver for this one.

Boilo is a traditional Christmas drink brought over from Lithuania. I grew up in a small town in the anthracite coal region of Pennsylvania and half of the population was from Eastern Europe. Every family had its own coveted recipe for Boilo and was convinced it was superior to all others. The choice of fruit was the marker of uniqueness -- lemon was common. One family swore by maraschino cherries, surely an American adaptation since I doubt they could be found easily in the old country. I checked the recipe with my sisters and one cousin; each is slightly different, so I chose the most endearing one.

It was always served on Christmas Eve. We lived next door to my Aunt Betty and Uncle Bill's bar restaurant. As the kids got older, waiting for Santa Claus was replaced with Uncle Bill's going to midnight Mass. As this was the only day he went to Mass, I imagine that Aunt Betty's decision to stay home and prepare an after-mass feast must have been her way to reward his religious fervor. The night would always go too late for my parents so we felt free to imbibe while our cousins opened their gifts. No one every remembered walking the 20 yards back to our house. It's been years since, but it's good to restore your old aberrant Christmas traditions -- you know, the ones that make your friends a little nervous.

This is a family recipe so some of the ingredients are kind of "homey" and the directions have an insistent, pushy quality about them. You can almost feel the unremitting spirit of my mother, who had a tendency to over-direct her children by using capital letters, punctuation and/or underlining.

* It is VERY important to use ONLY Rye whiskey. (Jim Beam or Wild Turkey both make ryes.)

** Nothing says 'family recipe' like the Mickey Mouse juice-glass unit of measure. This was on my sister Ann's copy of the recipe -- she peed her pants laughing when she tried to read it over the phone. We estimate the juice glass to equal 4 ounces.

*** Grain alcohol is not available in some states. And no one had an actual amount of grain alcohol to include in the recipe. Consulting with my cousin Beth who made Boilo with her dad every year, we settled on ½ pint. You can leave this out if it's too embarrassing to ask for it at your neighborhood liquor store. It’s one of those behind-the-counter items.