My freewheeling wife wanted a tryst with a hot European woman, but I couldn't do it. Was I just being a coward? 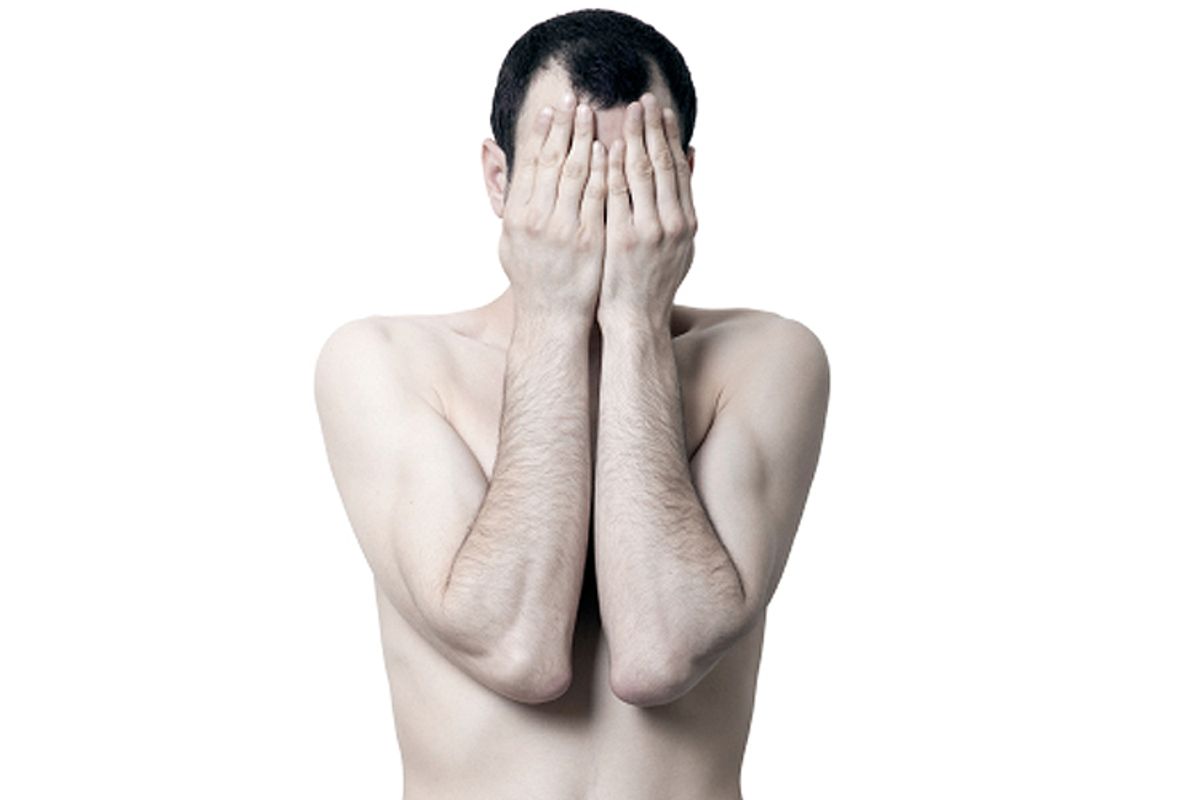 I, on the other hand, am a bit of a prude. I grew up square in the Bible Belt and didn't even know what fellatio was until I was 22. I lost my virginity at 26 and married the girl I lost it with. Even now, after being with Raquel for four years, I stand in the bedroom doorway, shyly toe the carpet and ask her if she wants to "experience sexualities." And yet, our relationship has worked, ever since we first met in 2006 on a writing website by bonding over "Titus Andronicus" and Harry Potter. I've grown accustomed to Raquel's freewheeling lifestyle. Not long ago, I found myself backstage at a lingerie show, surrounded by naked lovelies and a drag queen named "Bitch Flowers" performing as MC, when I realized just how far I'd come from my fundamentalist roots.

Still, I have my limits. When my wife informed me a gorgeous European girl named Yasmin (also not her real name) was going to be crashing with us for a week, right around my 29th birthday, I worried that she had ulterior motives.

"Do you think Yasmin is hot?" I asked Raquel.

She nodded. "Do you think Yasmin is hot?" she asked me.

I nodded. (Hey! I may be embarrassed by my penis, but I still have one.) Yasmin had a body that was pure Botticelli and a temperament like a tidal wave. There was no resisting her. This was the dream girl for every Yank who's ever traveled through Europe, hoping to run into Julie Delpy. Yasmin is also bisexual.

"Would you like to have sex with Yasmin?" I asked.

"Would you like to have sex with me and Yasmin at the same time?"

Another eager nod of the head.

I know this is the stuff of movie fantasy, but I wasn't turned on. I was furious. I was deeply hurt. I sputtered my defense: When you're in love with someone, it's not just sex, it's a communion of souls. It's intimacy of the purest kind. You're not just baring your privates. You're baring everything. Why would Raquel want to share that with someone else?

Now, before you tell me I'm some sentimental wimp, or some puritanical zealot, I am well aware that it is healthy for people in love to have fantasies about other, often far more famous, people. I get that. Raquel has a thing for Ewan McGregor, James Franco and Leonardo DiCaprio. Good for her! I have a thing for Jenny Agutter and Jenny Wright (and maybe for Leo, too). But things get messy when a raunchy fantasy becomes reality. It's one of the messages of "Chasing Amy": Threesomes are a bad idea. And this is from the guy who gave us ex-porn-star Traci Lords blowing bubbles out her who-who place.

But my anger about the ménage à trois surprised me. I took a hard look at myself in the bathroom mirror: What was wrong with me? Was I just too uptight? Was I too paranoid of losing the love I never thought I'd have or deserve?

My views on sexuality, of course, were forged by a conservative upbringing. And while I don't believe in God anymore, I am still a big believer in C.S. Lewis' book, "Four Loves." For Lewis, romantic love is divided into two categories, Eros and Venus. Eros is that feeling of being cosmically attuned to another person, while Venus is the urge to get into their pants. I can feel Venus for any woman, but Eros is something special, something I can only feel for Raquel. But feeling Eros for her, I don't want to experience Venus with anyone else.

The other thing that's shaped my definition of love is my mental illness. I have intense OCD, and it makes socializing difficult. Being around other people freaks me out. An obsessive-compulsive's life is defined by rituals and routines designed to prevent anxiety. I check to make sure the front door's locked 52 times before I go to bed, so I can sleep in relative peace. But socializing is made up of hundreds of rituals and routines and they all cause anxiety. Hell, the number of rituals I had to go through to overcome the anxiety of just one socializing ritual -- it really wasn't worth it.

Like most obsessive-compulsives, I am terrified of touch. The only other woman I've been with besides Raquel I kissed a grand total of three times in two years. Just holding this poor woman's hand was agony for me.

I'd lie awake in bed every night, dreaming of that perfect girl who would change everything for me. I didn't really believe this dream would ever come true, but then I met Raquel. I'll never forget the first time I made love to her on the linoleum floor of her Minneapolis home. It was the most natural thing in the world. I have never flinched from Raquel's touch. I truly believe our relationship is the greatest argument for kismet. We shouldn't be, but here we are.

So Raquel is my Eros and my Venus. She's the answer to all those pathetic, sleepless nights of longing. With her by my side, I doze peacefully. I sweetly, simply love her. Only for her would I move 2,000 miles away from everything and everyone I've ever known to live in Los Angeles. Only for her would I write a love ballad and sing it to her at our wedding in front of 200 people.

Which is why I was so hurt when she wanted to have a ménage à trois with another woman. After all I'd been through to find her, I couldn't believe she wanted to share me with some hottie she met on Facebook.

The next day at work, I couldn't get the dilemma off my mind. I finally sought counsel from one of my female co-workers, a mother of three working toward her R.N. When I showed her one of Yasmin's modeling photos, her eyes grew wide. "Hell, I'd do her if I were you."

What the hell? As we continued to talk, I discovered that not only had my "staunchly heterosexual" co-worker dabbled in lesbianism, but she'd carried on an affair with a female co-worker. A manager, no less! I went home feeling more dejected than ever. How did everyone get so naughty, while I stayed such a prude? Was my fixation on having this pure and perfect love keeping me from having some fantastic experience with the woman I love? Was I a true romantic -- or a total coward?

I can imagine envious males reading this and shouting at their computers, "Are you insane? This is every guy's dream!" Maybe it is. But I'm not every guy, and I don't ever want to be.

Joshua LeSuer is currently working on a memoir.

Joshua LeSuer is working on a memoir about overcoming OCD.