Colin Firth's historical drama gets seven nods, while "The Social Network" and "The Fighter" get six 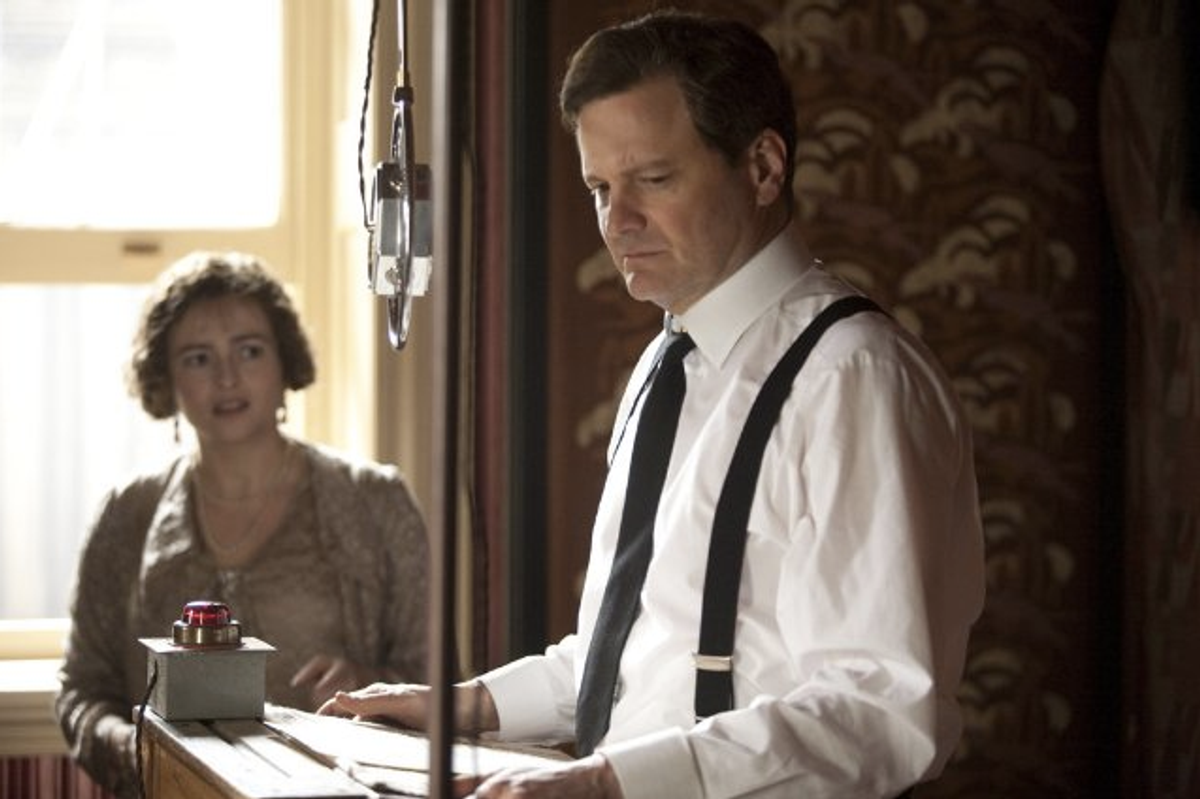 Colin Firth in "The King's Speech"
--

Other best-drama nominees were the psychosexual dance thriller "Black Swan," the boxing saga "The Fighter," the sci-fi blockbuster "Inception" and the Facebook chronicle "The Social Network."

Nominees in the Globes' other best-picture category, for musical or comedy, are the Lewis Carroll fantasy "Alice in Wonderland," the song-and-dance extravaganza "Burlesque," the lesbian-family tale "The Kids Are All Right," the action tale "Red" and the romantic thriller "The Tourist."

Johnny Depp earned two nominations, as best musical or comedy actor for "Alice in Wonderland" and "The Tourist."

Along with Eisenberg, Firth and Wahlberg, best dramatic actor contenders are James Franco for the survival story "127 Hours" and Ryan Gosling for the marital tale "Blue Valentine."

Along with Fincher and Russell, directing nominees are Darren Aronofsky for "Black Swan," Tom Hooper for "The King's Speech" and Christopher Nolan for "Inception."

Nolan's sci-fi hit also earned nominations for screenplay and musical score, but its cast, including Leonardo DiCaprio, was snubbed for acting slots.

Joining Depp in the musical or comedy actor race are Paul Giamatti in the curmudgeon chronicle "Barney's Version," Jake Gyllenhaal in the romance "Love and Other Drugs" and Kevin Spacey in the Jack Abramoff saga "Casino Jack."

Depp's "The Tourist" co-star Angelina Jolie is among musical or comedy actress nominees. Also competing are Annette Bening and Julianne Moore as a lesbian couple in "The Kids Are All Right," Anne Hathaway in "Love and Other Drugs" and Emma Stone in the high school romp "Easy A."

The animation category is filled with blockbusters, led by "Toy Story 3," "How to Train Your Dragon" and "Despicable Me." The current hit "Tangled" also made the cut, along with the upcoming French tale "The Illusionist."

Hollywood's second-highest film honors, the Globes traditionally were a solid weather vane for predicting which film might triumph at the Academy Awards. But the Globes have provided murky forecasts in recent times. In the last six years, only a single recipient of one of the Globe best-film prizes has gone on to win best picture at the Oscars -- 2008's "Slumdog Millionaire."

That came after a stretch of eight-straight years when a Globe winner in either the dramatic or musical-comedy category went on to claim the best-picture Oscar.

Like the Globes, the Oscars will feature 10 best-picture nominees, but in a single category, after academy overseers doubled the number of contenders so a broader range of films could compete.

With two acclaimed dramas -- "The King's Speech" and "The Social Network" -- considered front-runners this time, there are prospects of another divergent year between the Globes and the Oscars, whose nominations come out Jan. 25, nine days after the Globes are presented.

"The Social Network" already has snagged two key prizes as both Los Angeles and New York film critics groups picked it as the year's best movie. The National Board of Review, a group of film historians, educators and students, also picked "The Social Network" as best of the year.

The Globes and Oscars typically line up better on acting winners. Last year, "Avatar" won best drama at the Globes and "The Hurt Locker" took best picture at the Oscars. But all four Oscar acting recipients -- Sandra Bullock for "The Blind Side," Jeff Bridges for "Crazy Heart," Mo'Nique for "Precious" and Christoph Waltz for "Inglourious Basterds" -- also won prizes at the Globes first.

Clear favorites have emerged this season for best actor (Firth in "The King's Speech") and supporting actor (Bale in "The Fighter").

Bening for "The Kids Are All Right" and Portman for "Black Swan" could wind up in a two-woman race for best actress at the Oscars, while the supporting-actress category is up for grabs among prospects that include Adams and Leo for "The Fighter," Bonham Carter for "The King's Speech" and 14-year-old newcomer Hailee Steinfeld for "True Grit."

No matter how the two awards shows line up on winners, the stars generally can count on a good time at the Globes, a more laid-back, dinner-and-drinks affair than the stately Oscars.

The Globes are presented by the Hollywood Foreign Press Association, a group of about 85 critics and reporters for overseas outlets.

Robert De Niro, an eight-time Globe nominee who won a best-actor prize there for "Raging Bull," will receive the group's Cecil B. DeMille Award for lifetime achievement.

Ricky Gervais is returning as host of the Globes ceremony, which will air live Jan. 16 on NBC.