What to know about Obama's Afghan war review

In advance of a White House review of the war on Thursday and the inevitable spin-fest, some context 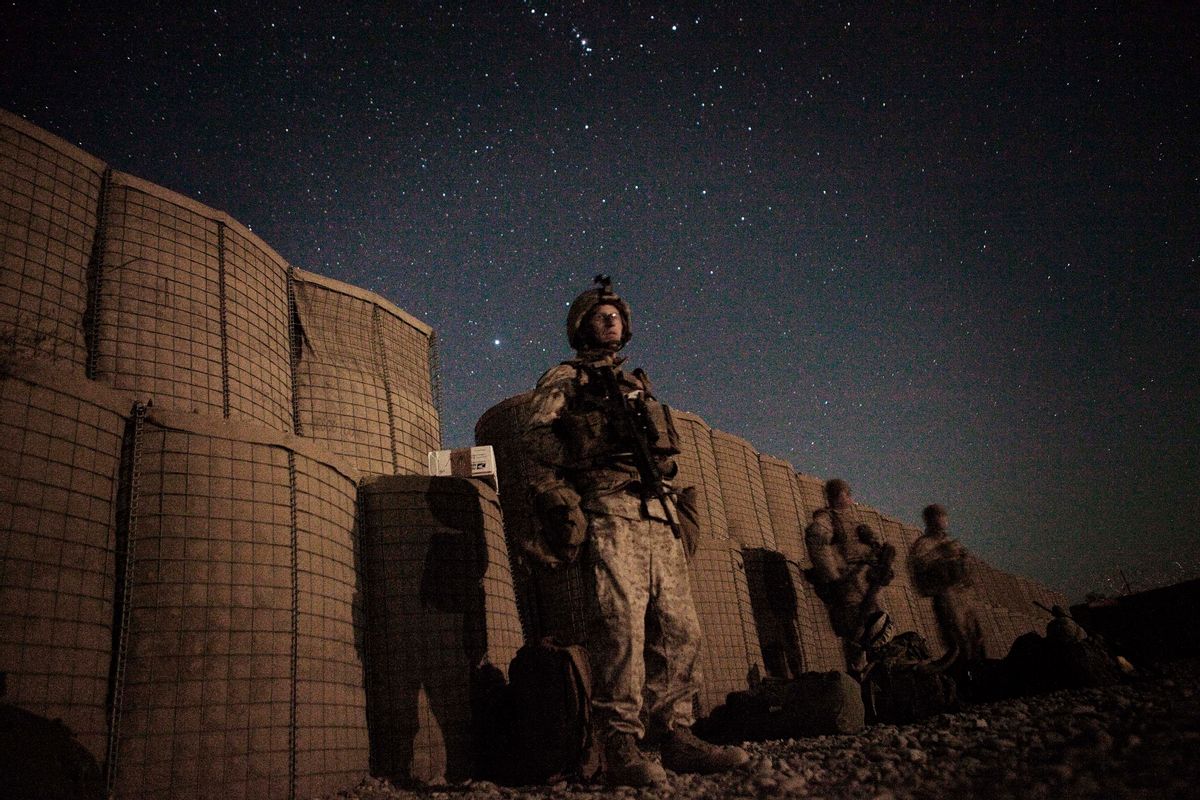 A U.S. Marine waits in the moonlight for a helicopter to transport them home for leave from Musa Qala in southern Afghanistan's Helmand province, November 16, 2010. REUTERS/Finbarr O'Reilly (AFGHANISTAN - Tags: CONFLICT CIVIL UNREST IMAGES OF THE DAY) (Reuters)
--

On Thursday, the Obama administration is scheduled to release the results of a one-year review of its Afghanistan policy. Early reports suggest that the review will cite modest progress following Obama's escalation of the war as well as reaffirm the administration's commitment to the largely meaningless July 2011 "begin withdrawal" date (and also the meaningless 2014 withdrawal date).

It's clear the administration is going to use this moment to deliver a "stay the course" message; a healthy serving of spin is guaranteed. But there are some facts that you won't be hearing from officials on Thursday that reflect a grim state of affairs in Afghanistan that is getting grimmer.

More young Americans are dying: This simple chart from USA Today tells the story. Through the end of November, 455 U.S. troops have died in and near Afghanistan, up from 300 in all of 2009 and around 150 in 2008.

More aerial bombing: The blog Danger Room has ably documented the soaring number of bombs and missiles launched by American aircraft since Gen. David Petraeus took over from Stanley McChrystal this summer:

In the last three months, NATO aircraft have fired their weapons on 2,550 sorties, according to U.S. Air Force statistics provided to Danger Room. During the same period last year, there were less than half the number of violent sorties — just 1,188.

That inevitably means not only more dead Taliban militants, but also more dead civilians and destruction of property

Afghans are pessimistic: The Washington Post and other media outlets recently conducted a nationwide poll in Afghanistan. The lead of the Post's story on the poll describes the sobering results:

Afghans are more pessimistic about the direction of their country, less confident in the ability of the United States and its allies to provide security and more willing to negotiate with the Taliban than they were a year ago, according to a new poll conducted in all of Afghanistan's 34 provinces.

Intel agencies are skeptical: That's the takeaway from a New York Times story published this morning describing two classified reports that represent the view of the sixteen American intelligence agencies. Their basic view, according to the Times, is that any military progress is not as important as the fact that militants can still operate out of sanctuaries in Pakistan -- a problem that has shows no sign of going away.

$120 billion per year: That is the estimate of the cost of the war for the United States by a group of Afghanistan experts who recently wrote an open letter to President Obama calling for a policy change. A sample of their argument:

The 2014 deadline to put the Afghan national army in command of security is not realistic. Considering the quick disappearance of the state structure at a district level, it is difficult to envision a strong army standing alone without any other state institutions around. Like it or not, the Taliban are a long-term part of the Afghan political landscape, and we need to try and negotiate with them in order to reach a diplomatic settlement.