House GOPers are stepping up their grumbling, boosting chances that Democrats might have to save a deal they hate 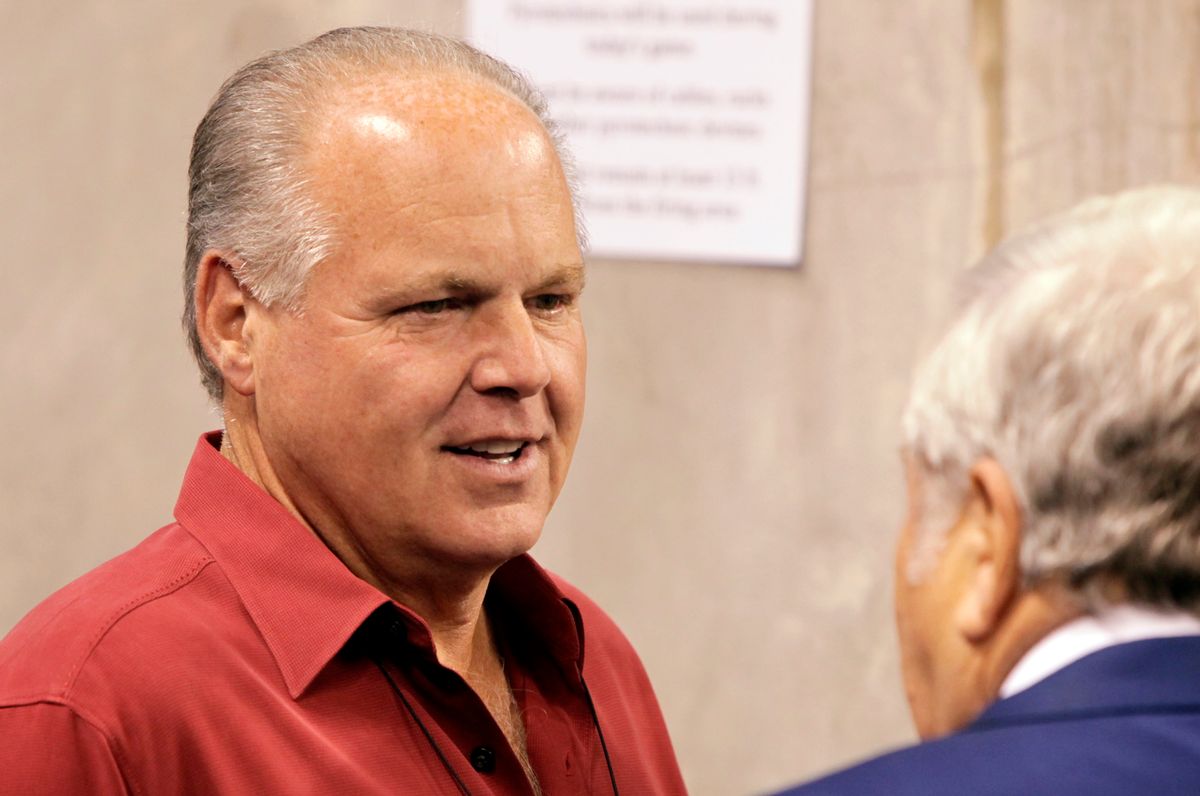 The U.S. Senate, after shrugging off amendments proposed by Jim DeMint and Bernie Sanders, voted overwhelmingly to approve the tax cut deal early Wednesday afternoon, 81-19. Attention now turns to the House, where some are wondering if Tea Party angst and Rush Limbaugh's hectoring will sway enough Republicans to put passage of the deal in jeopardy.

On Dec. 10, Limbaugh declared that "I now hope this tax deal fails. I say it directly and officially." Political scientist Jonathan Bernstein followed up by writing that he can't recall "a lot of examples of House Republicans defying Rush Limbaugh on a high-profile vote over the last twenty years." But the consensus expectation of political analysts still holds that the tax deal will pass, regardless of the grousing. Democratic opposition in the House appears to be withering on the vine, and only a handful of Republican members have come straight out and declared that they will not vote for the deal under any circumstances.

Spence fired the most recent broadside against the agreement Tuesday night, in an interview with Fox's Sean Hannity.

"I've been fighting since last summer to extend all the tax rates. I said on national radio over the summer that we needed to make sure that no American would see a tax increase on January first, not one," Pence said.

So far, evidence of a groundswell in support of Pence's position is scant. But there is nonetheless a clear and recent precedent for rank-and-file House Republicans rebelling against the wishes of their own leadership -- the first vote on the TARP authorization bill in September 2008. And no one, on either the Democratic or Republican side, wants to be caught voting yes if the measure seems destined for defeat -- raising the possibility of exactly the same kind of late stampede for the exits that resulted in the rejection of TARP.

Of course, it's worth remembering what started happening in financial markets as soon as it became clear which way the wind was blowing on TARP -- the Dow crashed, hard, and politicians were forced to scramble. Certainly, there's far less panic in the air right now than there was then, but it's pretty safe to say that if the deal collapses, a great deal more "uncertainty" will be injected into the economic landscape than if it passes

Ultimately, it comes down to a numbers game. How many Republicans defect? If party discipline is solid, only about 40-50 Democrats need to vote for the bill to assure passage. But the more Republicans who break with the leadership, the more Democrats need to fall in line -- posing an increasingly greater headache for Speaker Nancy Pelosi. At some point it will be more than reasonable for her to ask why she should be mobilizing support for a deal that her constituency believes is a sellout to Republican priorities -- when Republicans won't even vote for it.

The number of Republicans who balk will also send a strong signal as to what the tenor of the next Congress will be like. The next House will be far more conservative, and far less willing to compromise. If the rank-and-file break into open revolt now, next year will be bloody.