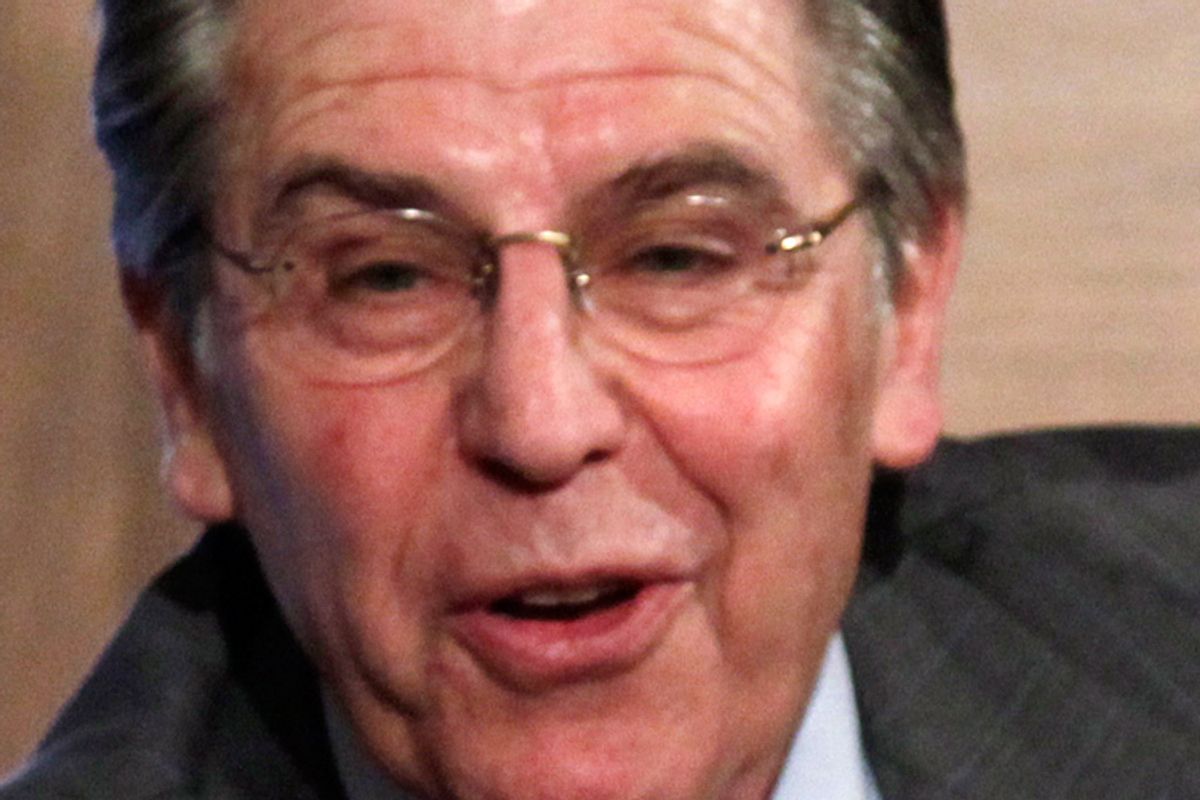 In May 2009, President Obama signed into the law the Fraud Enforcement and Recovery Act, which created the Financial Crisis Inquiry Commission (FCIC). The FCIC's mandate was to "examine the causes, domestic and global, of the current financial and economic crisis in the United States." Many hoped the FCIC would end up serving a role analogous to the famous Pecora Commission that investigated the causes of the Great Depression and laid the groundwork for numerous reforms, including the creation of the Securities and Exchange Commission. At the time, Robert Kuttner wrote in the Huffington Post that the new investigative body "could be one of those rare, historic commissions that changes the course of history -- or it could be window-dressing."

Today, it's looking a lot like the FCIC will be remembered for decades to come -- but only as an example of how the partisan divide is utterly crippling any attempt by the U.S. government to rationally confront our economic challenges. The New York Times reported on Wednesday that the four Republican appointees to the ten-person panel had decided to release their own report on what caused the crisis, eschewing any accusations of Wall Street recklessness and putting all the blame for the financial crisis squarely on the government's efforts to increase homeownership through the 1977 Community Reinvestment Act and the subsidization of low interest mortgages through Fannie Mae and Freddie Mac. At the Huffington Post, Shahien Nasripour takes the story one step further, reporting that last week, the four Republican commissioners voted to ban the words "shadow banking," "Wall Street," "interconnected" and "deregulation" from the entire panel's final report.

The fact that the Republican appointees want to pin all the responsibility for the crisis on government actions will come as no surprise to anyone who watched any of the Congressional hearings held over the last two years rehashing the events that led up to the economic meltdown. And it is important to concede that they are not entirely wrong. Fannie and Freddie did play a part in the drama. But the involvement of Fannie and Freddie doesn't come anywhere close to explaining the whole story. Any honest appraisal of the causes of the financial crisis has to acknowledge that many different elements came together to create the mess.

And that's why the Republican vote on what language to use in the final report (and dutifully implemented in their own report) should be deeply distressing to anyone who cares about the future of this country. Deregulation of derivatives trading clearly played a role in allowing Wall Street financial institutions to gamble recklessly on complex financial instruments. The rise of the "shadow banking" system -- financial institutions that play an economic role similar to banks but aren't regulated by banks -- is essential to understanding the nature of the modern beast. The incredible interconnectedness of financial markets -- in which the failure of any single major financial institution can set off ripple effects that immediately threaten a daisy-chain of falling dominos -- is not a controversial insight. And "Wall Street" -- to absolve Wall Street of responsibility to the point where the words may not even be uttered is simply breath-taking.

But as a taste of what we're going to get when Republicans take over the House, it's likely all too real. Spencer Bachus, R-Ala., the prospective chair of the House Financial Services Committee, wasted no time in pushing the party line.

"The FCIC Republican commissioners plainly stated what most Americans have known all along but that Democrats have failed to acknowledge: that lax lending standards and moral hazard promoted by misguided government policies put our entire financial system at risk. Vice Chairman Thomas and his fellow Republican commissioners should be commended for their important contribution to the debate over how to avoid such financial crises in the future."

The truth could not be more different. By willfully refusing to acknowledge that multiple factors contributed to the financial crisis and that government and the private sector share responsibility for the disaster, we are all but guaranteeing a repeat performance.