Baseball Hall of Famer, who died Wednesday at 92, remembered as a war hero who wasn't afraid to speak his mind 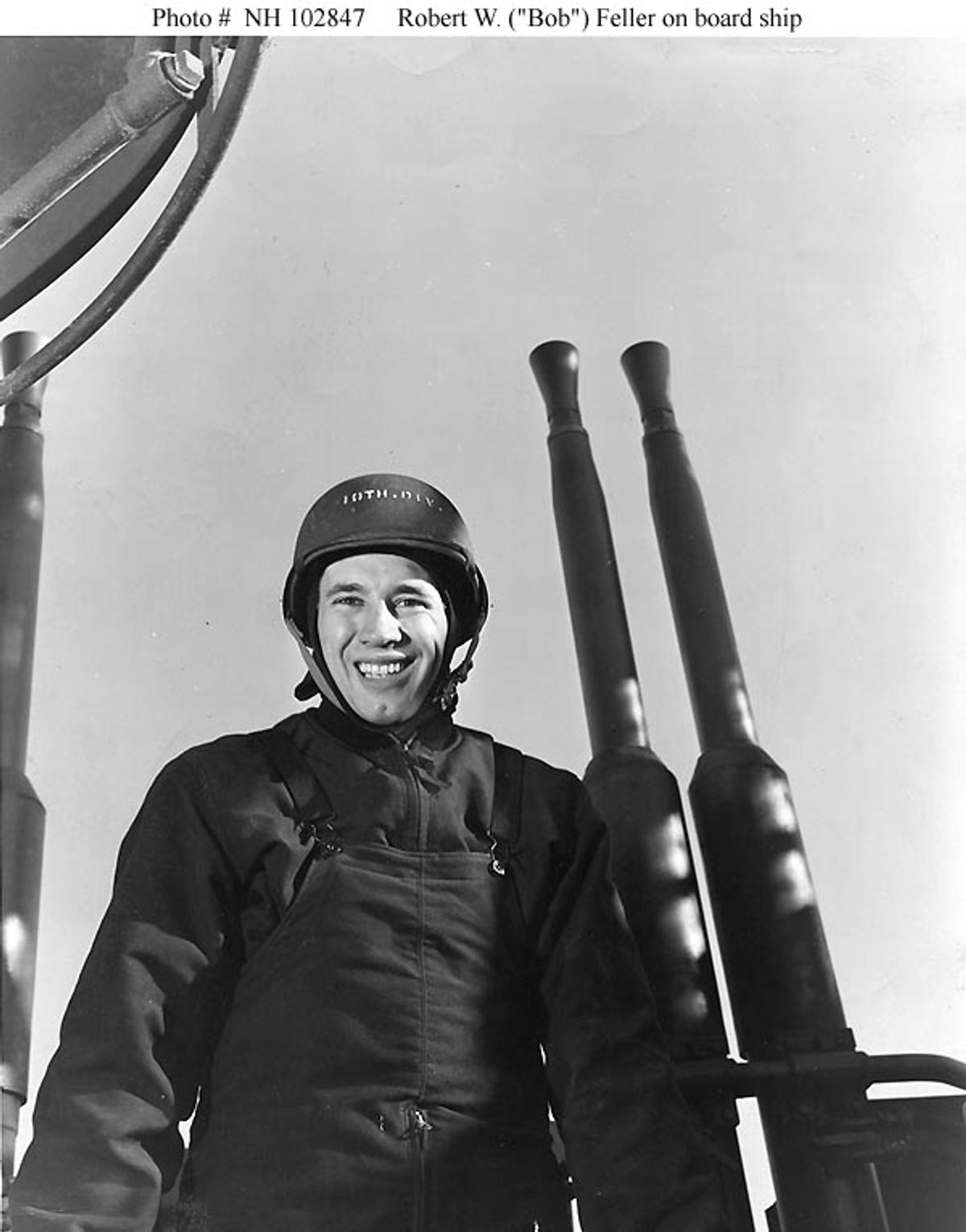 Bob Feller in the Navy during World War II.
--

Bob Feller was a teenage pitching wonder, a World War II hero and an outspoken Hall of Famer for the Cleveland Indians.

In his tiny hometown of Van Meter, Iowa, he was the farm boy who never forgot his roots.

Flags flew at half-staff Thursday at the Bob Feller Museum in Van Meter, a short drive west of Des Moines, a day after Feller succumbed to acute leukemia at the age of 92.

Feller won 266 games with the Indians and was enshrined in the Baseball Hall of Fame in 1962.