Top Dem sticks up for WikiLeaks

Amid a chorus of calls for prosecution, John Conyers reminds his colleagues that "being unpopular is not a crime" 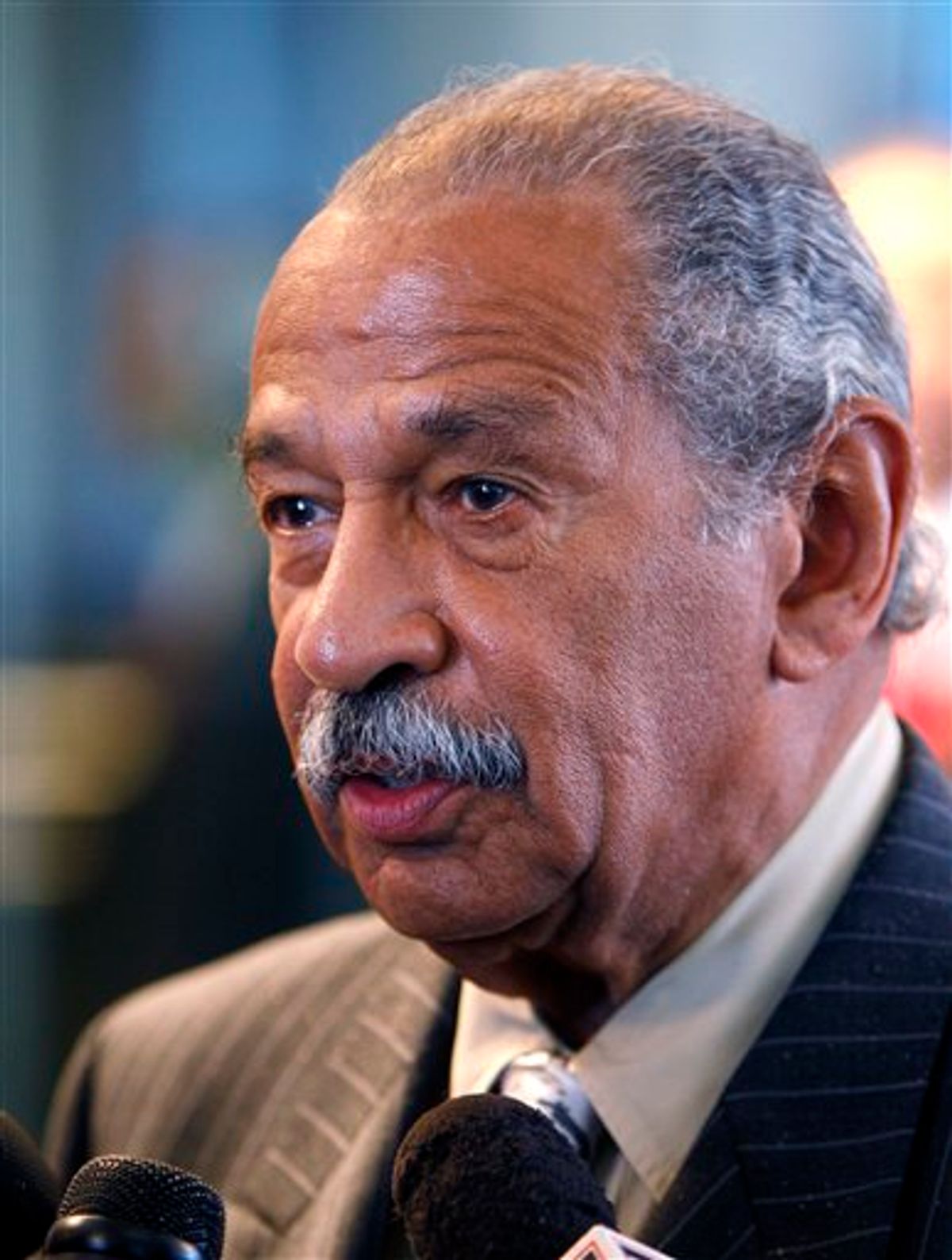 FILE - In this Nov. 9, 2009 file photo, Rep. John Conyers, D-Mich., is seen in Detroit. Conyers, the powerful chairman of the U.S. House Judiciary Committee, had his driver's license suspended for a month this summer when a check he used to pay the renewal fee bounced, according to state driving records obtained by The Associated Press. (AP Photo/Carlos Osorio, File) (AP)
--

The House Judiciary Committee is holding a hearing this morning on WikiLeaks and the Espionage Act, the law that has been touted as opening up a possible route to prosecute Julian Assange. But the most interesting part of the hearing has been listening to a prominent congressional Democrat, committee chairman John Conyers of Michigan, argue strongly against prosecuting WikiLeaks in haste -- or at all.

"As an initial matter, there is no doubt that WikiLeaks is very unpopular right now.  Many feel that the WikiLeaks publication was offensive.  But being unpopular is not a crime, and publishing offensive information is not either.  And the repeated calls from politicians, journalists, and other so-called experts crying out for criminal prosecutions or other extreme measures make me very uncomfortable," Conyers said, according to his prepared remarks.

"Indeed, when everyone in this town is joined together calling for someone’s head, that is it a pretty strong sign we need to slow down and take a closer look," he continued.

That position is in marked contrast to the repeated calls from other members of Congress and Obama administration officials to prosecute (or kill) Assange immediately.

To close, the desire to respond to a controversy like this with new legislation is very understandable.  And as many panelists will testify, the Committee should take a close look at these issues and consider whether changes in law are needed.

But let us not be hasty, and let us not legislate in a climate of fear or prejudice. For, in such an atmosphere, it is our constitutional freedoms and our cherished civil rights that are the first to be sacrificed in the false service of our national security.

The rest is here.