Who (and what) could still trip up DADT repeal

At least 60 senators now say they are ready to vote for repeal. Let's see how serious they are 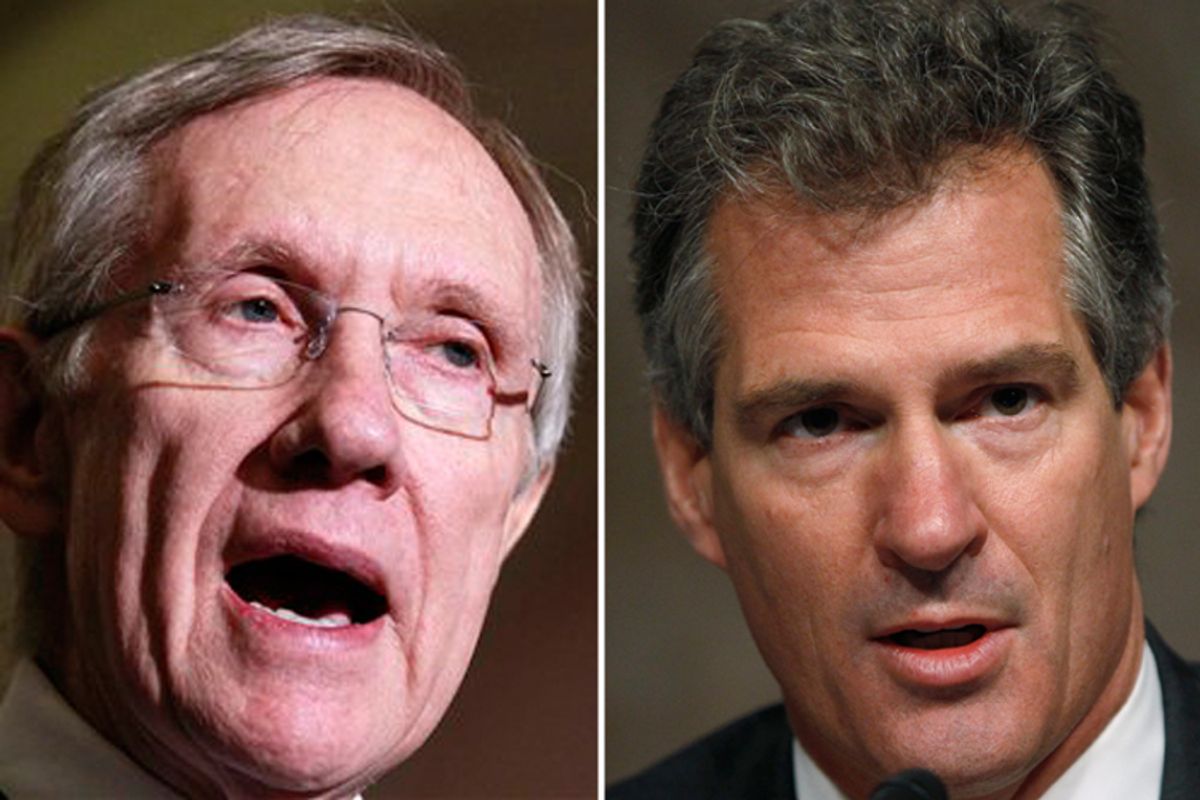 Somewhat amazingly, it now seems more likely than not that the military's widely loathed "don't ask, don't tell" policy will be repealed in the coming days.

This outcome was hard to imagine just a week ago, when -- not for the first time -- repeal proponents were unable to muster 60 votes to end a GOP-led filibuster of a Defense Authorization bill that included repeal language. But immediately after that failed cloture vote, Joe Lieberman and Susan Collins announced their plans to file a new, stand-alone repeal bill. The House then swung into action, passing an identical repeal bill on Wednesday, and now four moderate Republicans -- Collins, Olympia Snowe, Scott Brown and Lisa Murkowski -- are indicating they'll support the new measure. On paper, that means there are now 61 votes for repeal (counting Blanche Lincoln, the Arkansas Democrat who says she missed last week's cloture vote because of a dentist appointment).

But even though the votes are apparently in place, there's still plenty that can go wrong. There are a limited number of days between now and early January, when the current congressional session will expire, and Senate Republicans are furiously devising tactics to eat up as much of the remaining time as possible. On Wednesday alone, we had Jim DeMint threatening to force the reading of the entire START treaty -- which would have taken approximately 80 hours of floor time (he ultimately relented) -- and Jon Kyl declaring that any effort to conduct Senate business after Christmas would be disrespectful to Christians.

The question, then, is how committed the moderate Republicans who now say they support repeal really are. Recall that last week, Brown, Snowe and Murkowski all voted to extend the filibuster, not on the grounds that repeal was a bad idea, but on the grounds that Democrats were going about the issue the wrong way. With DeMint, Kyl and others throwing up as many obstacles as they can, there is still an opportunity for any or all of the pro-repeal Republicans to revert to that same posture: Yes, I think DADT should end -- but this isn't the right way to do it!

But the burden shouldn't entirely be on these moderate Republicans. As Jonathan Bernstein has noted, Majority Leader Harry Reid has the power to keep the Senate in session all the way into early January. If he were to make it clear that passage of DADT repeal is an absolute priority, even if it means calling senators back to Washington the week after Christmas, he would give those moderate Republicans more of an incentive not to abet the DeMint/Kyl delay tactics.